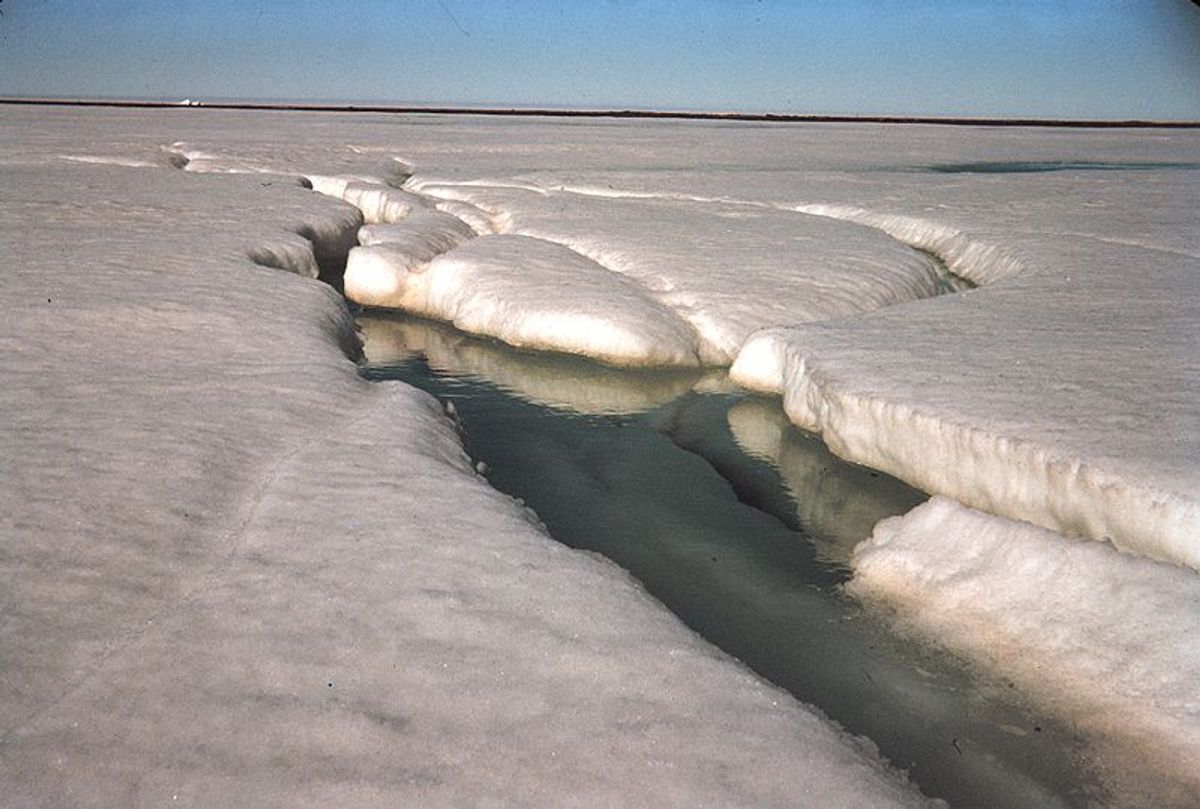 In the past two decades, the Greenland ice sheet has become the biggest single contributor to rising sea levels, mostly from melt across its vast surface. That surface melt is, in turn, driven mostly by an uptick in clear, sunny summer skies, not just rising air temperatures, a new study finds.

What’s causing the decline in cloud cover isn’t yet clear, but the work shows that understanding what’s behind the trend and developing ways to better represent clouds in global climate models will be crucial to predicting how much Greenland will melt in the future. The nearly two-mile-thick Greenland ice sheet covers an area about three times the size of Texas and holds enough ice to raise global sea levels by 23 feet if it were all to melt. While that is unlikely to happen anytime soon, even smaller-scale melt can raise sea levels to the point that large swaths of coastal land will be claimed by the oceans by the end of the century, including many major cities, such as Miami and Shanghai. Global sea level has already risen by about a foot since 1900. Greenland’s contribution to that rise has jumped since the 1990s, accounting for about 30 percent of sea level rise since then. While some of the water Greenland is flushing out to sea comes from warming ocean waters lapping away at the glaciers that drain the ice sheet, most is due to the melt across its surface during the summer.

Stefan Hofer, a PhD candidate at the University of Bristol in England, and his colleagues looked into what the main drivers of that surface melt were, in particular the effect of cloud cover on melt.

In satellite data spanning the past two decades, they saw a significant decrease in cloud cover over Greenland starting in the mid-90s, which would mean more sunlight was falling on the ice and driving melt.

Climate models the team used suggest that every 1 percent reduction in cloud cover leads to another 27 gigatons of melt (the U.S. uses about 1.3 gigatons of water per day, according to data from NASA and the U.S. Geological Survey).

That sensitivity to cloud cover was “pretty astounding,” William Colgan, a senior researcher with the Geological Survey of Denmark and Greenland who wasn’t involved in the study, said in an email.

The work, detailed Wednesday in Science Advances, shows that about two-thirds of Greenland’s surface melt in the past two decades has been driven by decreasing clouds cover and only one-third by warmer air temperatures.

“Our results clearly show that the reduction in summer cloud cover is an important driver in the recent melt increase on the Greenland ice sheet,” Hofer said in an email.

The results of the study jibe with the results of another study released Monday in Nature Climate Change that found that the acceleration of global sea level rise over the past decade was mostly due to Greenland melt.

Other factors can come into play in particular melt events, such as the major surface melt that occurred in mid-July 2012, when 97 percent of the ice sheet experienced some degree of melting. In that case, particularly high temperatures played a role, as did soot from wildfires that darkened the ice surface, making it absorb more sunlight, according to previous research.

But what is ultimately causing that negative NAO isn’t yet clear. It could be a particularly wild natural fluctuation, or it could be linked to shifts in the major circulation patterns of atmosphere caused by the rapid warming of the Arctic. But that latter link is a contested area of research.

The study does make it clear, though, that to accurately predict just how much Greenland’s melt will contribute to future sea level rise, climate scientists need to get a better handle on what is driving these shifts and better representing them in climate models, which don’t capture the recent shift in cloud cover.

“This study shows how important cloud processes are to get right in models when calculating the amount of melt from the ice sheet and this is one of the big challenges in climate modeling in general,” Ruth Mottram, a climate scientist at the Danish Meteorological Institute, who also wasn’t involved in the study, said in an email.