The return of Hov 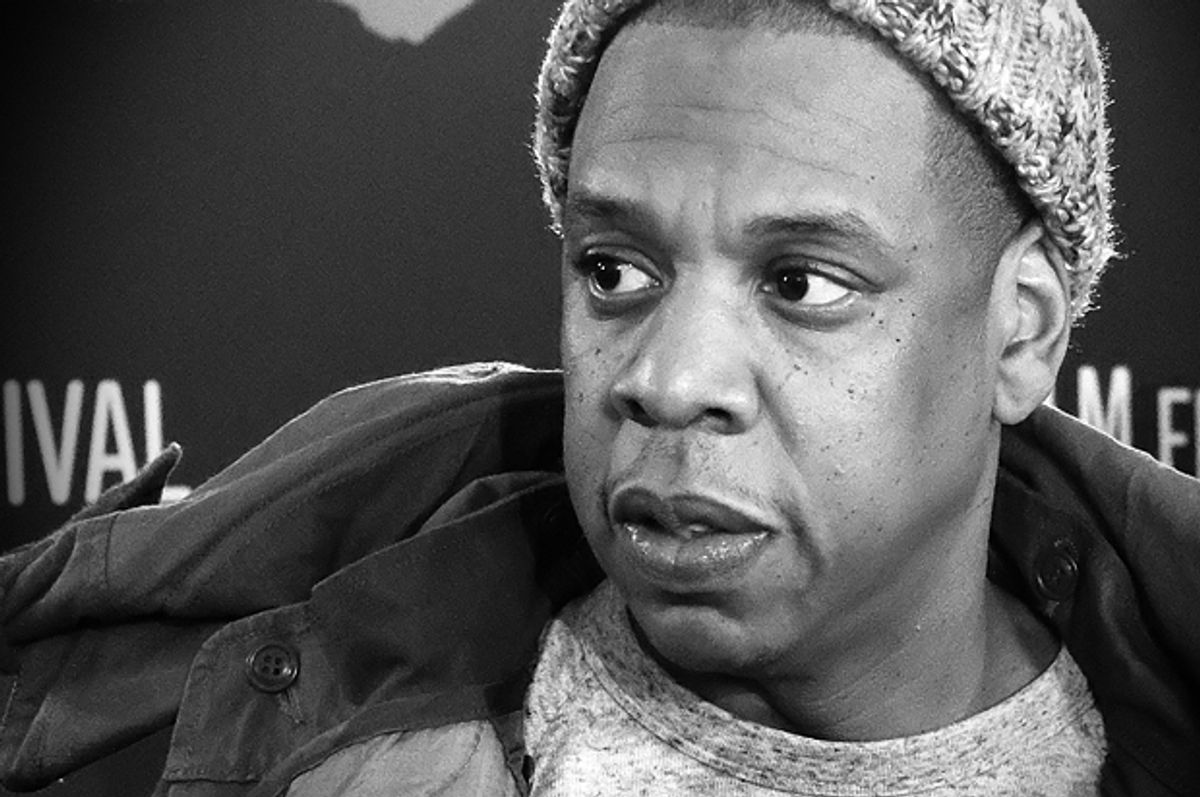 I honestly thought we lost Jay-Z to mogul world. His name comes up in conversations all the time as being one of the best ever; however, guys like Kendrick Lamar, J. Cole and all of those eccentric-dressing autotune guys dominate the contemporary conversation. Jay has been behind the scenes doing important work like producing "Time: The Kalief Browder Story," bailing fathers out of jail and working on the Trayvon Martin story. He’s been off the radar so much that a kid at my friend’s book event referred to him as Beyoncé’s husband. And then the news broke about Jay signing a new $200 million deal with Roc Nation and we all felt it coming. We all wanted another album from him, we always do, but he’s given us so much game over the years that we’ve been forced to become content. That all ended when he dropped the release date of his 13th solo studio album, "4:44," a couple of weeks ago.

I gave it a first listen around 2 a.m. and continued to rerun it until around 8 in the morning. I took a nap, popped up a few hours later and cranked it again. I gave myself a little break in between listens to chime in with social media and to no surprise, both my Twitter and Instagram feeds were clogged with quotes from the album. I read a couple of early reviews by some outlets that have employees who clearly don’t get it — or don’t even get enough time to sit with the music before they form opinions or start ranking it with his other work — chill. The rush to be first is damaging how our complex culture is being interpreted.

The first thing a listener has to consider is that Jay-Z is one of two 40-plus-year-old people who have the ability to run rap as artist; the other is Nas. Hip-hop, like the streets, has been known to be a young man’s game but that rule doesn’t apply to Jay. So, when you judge him, his value system, and the way he moves — you have to consider the reality of a seasoned vet and what that looks like.

To put it into perspective, imagine selling drugs with your two friends. You all stand on the corner night in and night out talking about how you are going to buy cars and houses and date models. And as the money begins to flow, one of your friends gets shot in head and the other catches life in prison. Now you are the only one left, clinging to those dreams and holding on to the money. You invest in music about your real street stories in an industry full of fakes and become the best ever. On the way to the top, you meet new friends but they die off too; some are murdered and fall victim to drugs, some get arrested, while others are strangled to death by their own egos. Now you are alone again.

That’s a generalization of Jay-Z’s reality. He's rapping from the perspective of a survivor who is probably carrying a ton of remorse. He’s not bitter, but eager to shed light on the things that he and his young friends didn’t understand.  In his song "The Story of O.J.," he tackles the issue that separates the elite class of blacks in America from the bottom feeders by singing ...

He explains how those divides prohibit us from excelling in this country. Some lighter or more affluent people see themselves as more than being black; however, society doesn’t. The song starts with O.J. Simpson’s stupid quote “I'm not black, I'm O.J." Simpson soon learned that he was black. The same song addresses poor spending and lack of planning ...

“I bought every V12 engine/
Wish I could take it back to the beginning/
I could've bought a place in Dumbo before it was Dumbo/
For like 2 million/
That same building today is worth 25 million/
Guess how I'm feeling? Dumbo.”

He references that success of Jewish Americans and how African-Americans can use them as an example for building wealth. There are also many other gems on the album, like the hypocrisy in the marijuana industry.

The line is about his friend and ex-business partner Hoffa who served time in prison for selling marijuana while people are now getting legal grow licenses. All of the people like Hoffa who were forced to serve time for something as harmless as weed should be released before they start handing licenses out.

The rest of the 10-track album is full of jewels that don’t fit with the industry norms, and that’s why we can’t review or look at "4:44" as another rap album; it’s just different. "4:44" is a history lesson combined with tips on making it as an African-American in this country. It’s a blueprint for young artists and a reality check for those of us lucky enough to climb out of our 20s, and you shouldn’t comment on that reality if you don’t truly understand it. It’s a vibe.

"4:44" should be required listening for the wealth of knowledge it contains and studied by the next generation of rappers and trappers so we can grow to appreciate family over money, love over fame and legacy like Jay-Z.