The first glimpse inside a Nazi looted art collection

These works hoarded by Hildebrand Gurlitt, "Hitler's art thief," are merely the tip of the looted art iceberg 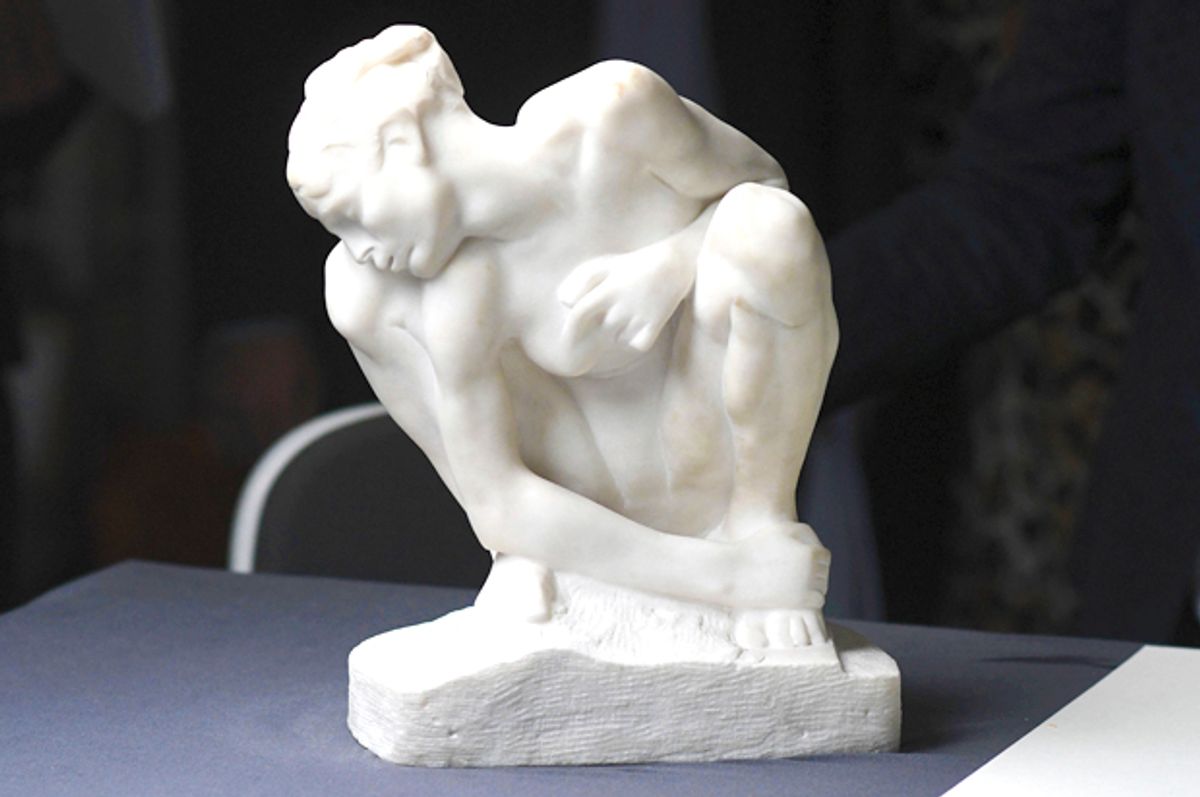 I was seated behind the desk long used by Jože Plečnik, the Slovenian Modernist architect about whom I’d written my doctoral dissertation, which has just been published as a book. I was filming a tie-in documentary for Slovenian national television, about to tell the camera about Plečnik’s home, which is now an award-winning museum in Ljubljana. My eyes drifted over the books on one end of the great man’s desk, and I did a cartoon double-take that required a “cut” from the director and a retake. What had distracted me was the name on the cover of an old book, one that the curators had left on the desk, as if Plečnik had just been reading it and slipped out for a cup of tea. The author’s name was Gurlitt.

This was Hildebrand Gurlitt, the well-respected scholar of art history (well-respected in terms of scholarship, not for his Nazi sympathies). Tagged as “Hitler’s Art Thief” in the title of a 2015 book (there are several people who could bear that damning title), he is the father of Cornelius Gurlitt, inheritor of the art that Hildebrand bought at scandalously cut prices (mostly from fleeing and pressured Jewish owners) or siphoned off (few details are yet known about the stories behind these artworks, though a team of researchers is hard at work). An exhibit at the Kunstmuseum in Bern, Switzerland, opens Nov. 2 and another exhibit opens Nov. 3 at the in Bundeskunsthalle in Bonn, Germany.

This Tuesday, for the first time, objects seized from the Gurlitt hoard were displayed to the public, as part of the preamble to these major exhibitions.

When, in 2012, Cornelius was investigated for tax evasion, his Munich area apartment was opened and found to be packed with lost art — 1,406 works, to be precise, including pieces by Matisse, Chagall, Dix, Renoir and Monet. After his death in 2014, Gurlitt bequeathed these works to the Kunstmuseum in Bern (an interesting choice, perhaps, to move the works outside of Germany to Switzerland, where they would be less associated with Nazi loot, or possibly because of a grudge against the German state). After much debate in the media about the morality of accepting a gift of looted art, the museum decided to take the bequeathal, provided nothing was contested by a past owner. (Several works were, and were returned, and the museum is cooperating with any future claims, as it is anticipated that there will be many such claims.) This sort of unlikely motherlode offers hope that other such hidden treasuries of vanished works might still be out there. It is merely the tip of the looted art iceberg.

Every lost artwork tells a story (in fact, the book that I’ve just finished is an illustrated history of lost art, which will be published by Phaidon in 2018). The Gurlitt hoard (“hoard” is preferred to “collection,” as one wouldn’t wish to over-dignify the looting) contains some 1,406 stories (though the exact number of objects seized from various Gurlitt properties is unclear). The biographies of these artworks, each having survived decades, if not centuries, of tumult, makes for reading as fascinating as the memoir of any once-living being. But what haunts are the remaining question marks — those works that may have been destroyed, may have been saved, may be lost forever or may turn up in some future Gurlitt-like cache of treasures.

Much of the Gurlitt stash was thought to have been purchased by Hildebrand during the Second World War from Jewish families, who sold them to provide escape routes. While not part of the Gurlitt discovery, this was the case for an ethereal painting by Gustav Klimt, "Portrait of Trude Steiner," an early work from around 1900, before Klimt became the toast of Viennese society.

Jenny Steiner, mother of the girl portrayed, fled Vienna in 1938, just after the Nazis took control of the city. The Nazis seized the painting from her, ostensibly in lieu of missing tax payments, though there is no record of whether the Steiners indeed owed anything, and it is unlikely that they did. Such pretenses were a common Nazi tactic to take things that they had targeted. The painting’s path after seizure is cloudy, but it was sold at auction in April 1941, and it has not been seen since. This ghost of a painting — now there, now gone — is all the more haunting as it was a posthumous portrait of young Trude, shown aged 13. A ghost of a ghost.

The collection of Serena Lederer (Jenny Steiner’s sister, both of them née Pulitzer and relatives of Joseph Pulitzer, after whom the literary prize was named) contained many works by Klimt, all of which were confiscated by the Nazis when she fled Vienna for Budapest in 1940, hoping to remain just ahead of the Nazi tide. The Gestapo packed up her family collection and moved it to a looted art storehouse, Immendorf Castle, one of many such treasuries where Nazis planned to store valuables until the war’s end.

For the vast quantities of art that have changed hands in war (in the Second World War alone, some estimates suggest that 5 million cultural heritage objects changed hands inappropriately), hope remains because of the obvious value of most of the objects involved. Though it may not seem like it at first, the discovery of the Gurlitt hoard in 2012 was one of the best pieces of news to strike the art world. That so many tens of thousands of artworks went missing is, of course, tragic. But if 1,406 can be found in a single apartment, then we might maintain a modicum of optimism that other stashes of lost treasures may surface — other Gurlitt-like hoards, small and large.

On May 8, 1945, the SS set fire to Immendorf Castle, probably destroying all of its contents — though a glimmer of hope remains that some of the objects, like the "Portrait of Trude Steiner," might have been spirited out before the flames swallowed them.

Objects of evident value are more likely to be preserved, in any circumstance, and there is benefit to no one (aside from iconoclasts) for artworks to be destroyed or damaged or left to decay. So perhaps some of the works now labelled as lost, but almost certainly destroyed, like the Klimts from Schloss Immendorf, were in fact saved? And perhaps time and circumstance will peel back locked doors and sealed attics, and other caches of lost art will come to light?