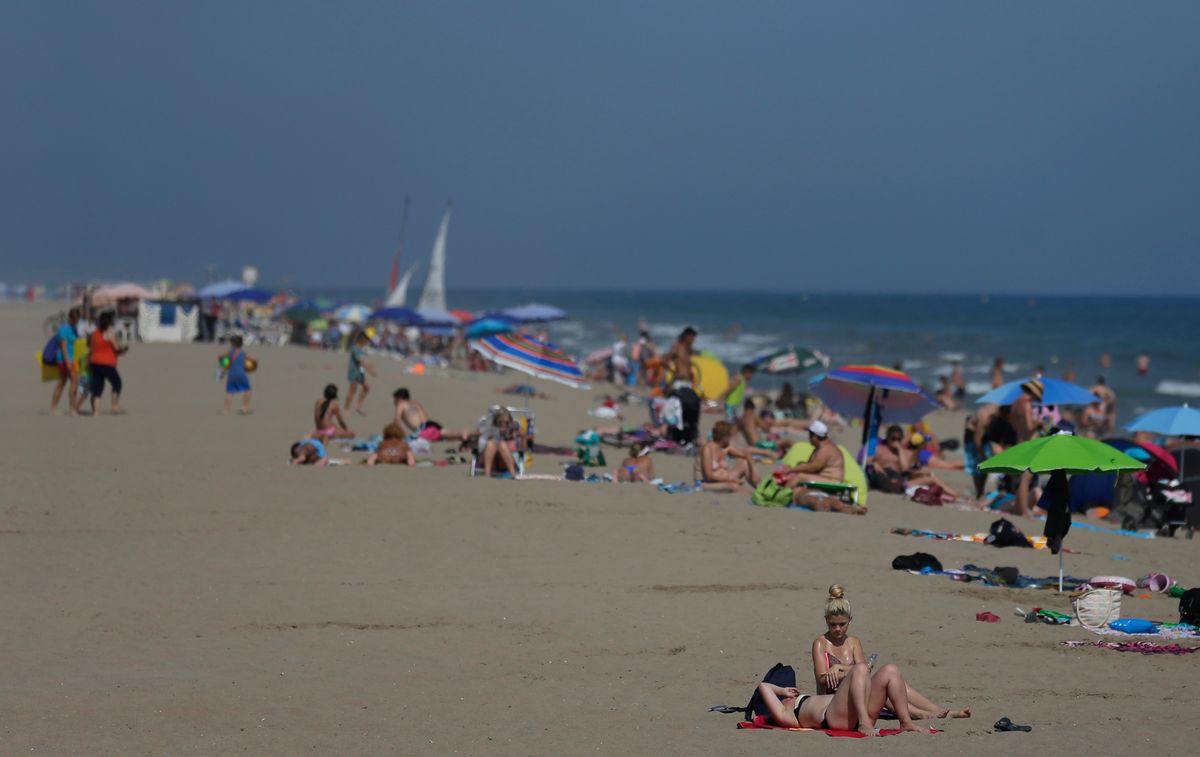 The greenhouse gas-driven warming of the atmosphere has made the intensity and frequency of such extreme heat up to 10 times as likely, according to a new analysis from researchers working with Climate Central’s World Weather Attribution program and several outside partners.

It is the latest such attribution analysis to show that the warming that has occurred over the last century — nearly 2°F (1°C) — has already had a clear influence on such extreme heat events.

“Global warming has already put a thumb on the scales; it’s already tipped the odds,” Noah Diffenbaugh, a Stanford University climate scientist who wasn’t involved with the work, said.

The heat wave was the result of hot, dry air moving northward from over northern Africa earlier in the summer season than is typical for such heat events, especially in northwestern Europe. London’s Heathrow Airport had its hottest June day in more than 40 years on June 21, with the temperature reaching 94°F (34.5°C).

“It was really, really hot for Oxford” in England, climate scientist Friederike Otto, part of the WWA team, said.

The heat and accompanying dry conditions helped to fan the flames of a wildfire thought to have been triggered by lightning from dry thunderstorms in the area. A fire in the central Pedrógão Grande area killed 64 people who were trapped in their cars trying to flee the flames.

France and the Netherlands activated their respective heat action plans, the former of which was put into place after a 2003 heat wave that contributed to hundreds of deaths. That heat wave was also found to have a climate change influence in one of the first attribution studies.

To evaluate the role of global warming in the recent heat wave, the researchers used both historical temperature observations and climate models to see how the odds of such an event have changed over time and to compare the odds in a climate with and without warming, respectively.

They found that the likelihood of such a heat wave had at least doubled across the region and was up to 10 times more likely in the worst-hit places, Spain and Portugal. What was once a rare heat event can now happen every 10 to 30 years, and is more likely to happen earlier in the summer.

The findings fit with other studies, including one by Diffenbaugh that found that record heat was both more likely and more severe over 80 percent of the part of the globe with good enough observational data.

That trend toward more and more severe heat will continue, especially if the heat-trapping greenhouse gases that are driving global temperature rise aren’t curtailed.

“What is still an unusually hot June today would be a normal June later this century,” the researchers wrote in their analysis.

Another recent study found that heat waves that reach deadly levels of temperature and humidity could affect half the world’s population by the end of the century even under the most stringent greenhouse gas reductions.

With President Trump’s announcement that he will be pulling the U.S. out of the Paris climate agreement, meeting those targets becomes more difficult, though numerous cities, states and businesses have pledged to still meet their targets.

In the meantime, the new analysis shows that “we can expect another hot June like this before too long,” the team wrote.