Neil Young drops the political, anthemic "Children of Destiny" for the 4th of July 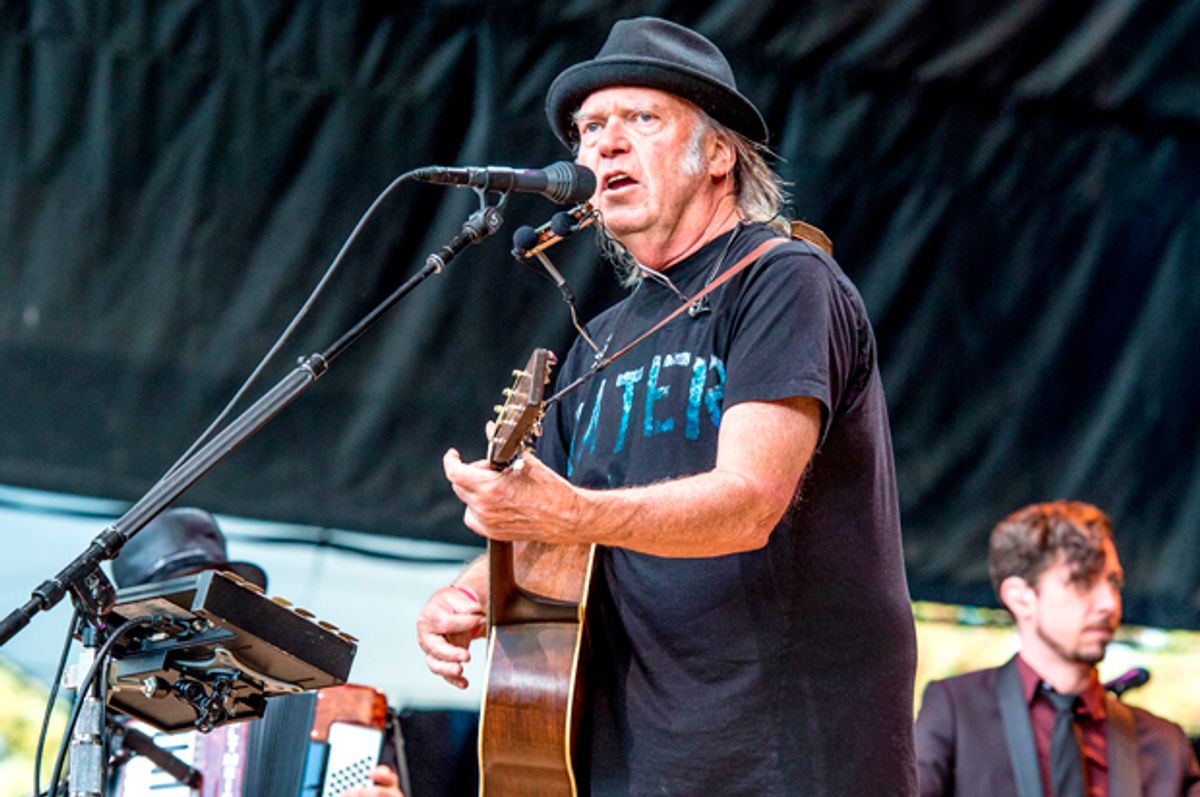 Celebrating the Fourth of July just got a little better, thanks to Canadian singer-songwriter Neil Young and his new Independence Day anthem, "Children of Destiny."

Clearly angled at the discontented in the Trump era, the song encourages listeners get involved, get wise and get resisting. "Stand up for what you believe/Resist the powers that be," sings Young on the track. "Preserve the land and save the seas/ For the children of destiny/ The children of you and me."

The "Children of Destiny" video features scenes of protests and battles and alongside traditional "All-American" scenes like the Fourth of July barbecues and children waving American flags.

Recorded at Capitol Studios, "Children of Destiny" features the band Promise of the Real and and 56 piece orchestra — a total of 65 musicians.

Young and Micah Nelson originally announced the video in a Facebook post. “We made a record we wanted to share with you,” Young said. “We played with a bunch of people... total strangers in the same room on a full moon, 65 of us. It was very great. We had a great time. Enjoy.”

Young's song is his latest call-to-action following a series of Facebook posts standing against the Dakota Access Pipeline. In a touching post dedicated to ending the violence against peaceful protestors, Young praises the activists fighting for their rights in a time where the odds are stacked against them.

"Unintimidated, stand, speak up and show up," he says. "Be counted. Be like our brothers and sisters at Standing Rock. Be there if you can. Young continues, "The progress we have made over two hundred and forty years as a nation, has always come first from the people"