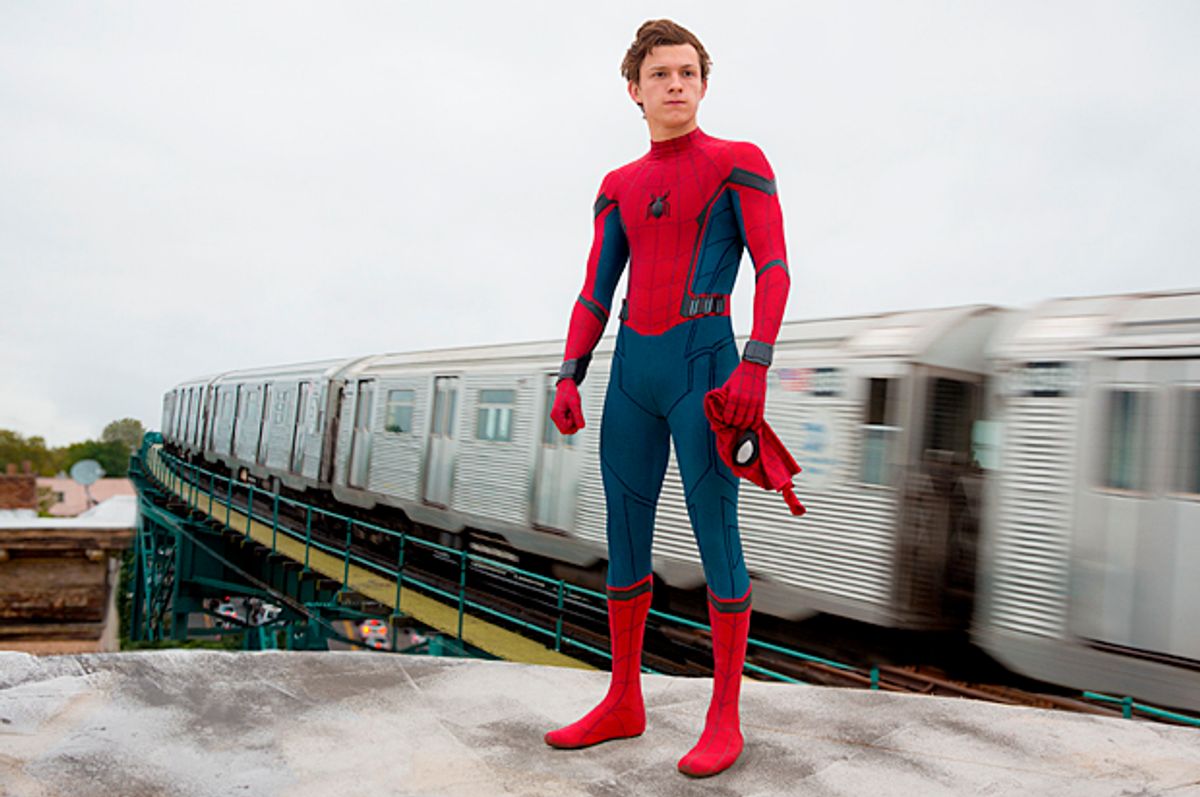 Walking of "Captain America: Civil War", you were probably wondering how Marvel was going to kick off the plot of "Spider-Man: Homecoming." After all, this was a character who, though familiarized to moviegoers in two franchises, Sam Raimi's 2002-2007 "Spider-Man" trilogy and Marc Webb's 2012-2014 "Amazing Spider-Man" films, had only existed in the Marvel Cinematic Universe for a single movie — one that didn't even bear his name on the title!

Well, a newly released trailer that includes the opening four minutes "Spider-Man: Homecoming" demonstrates the clever way in which the filmmakers solved this little problem.

In case you're working and can't watch the video, it shows a charmingly enthusiastic Peter Parker record a video diary of his experiences as he boards a Stark airplane with Iron Man's trusted assistant Happy Hogan. They're flying to Berlin for mysterious reasons, and Hogan — gamely played by Jon Favreau (who directed the first two "Iron Man" films) — seems exasperated at having to babysit the incorrigibly plucky kid.

What soon becomes clear in the video diary's footage is that we are seeing the events of "Captain America: Civil War" play out from Parker's perspective. This includes his reaction to being given a new Spider-Man suit, his aw-shucks delight at being able to interact with famous superheroes like Captain America and Black Widow and finally the lecture he receives from Tony Stark (Robert Downey Jr.) after being dropped off back home.

We also see Stark make some risque comments about Aunt May as played by Marisa Tomei (perhaps a nod to the fact that Downey and Tomei dated for a period of time). Either way, it's refreshing to see that "Spider-Man: Homecoming" isn't going to leave moviegoers in the lurch if they haven't seen "Captain America: Civil War." This is going to be a self-contained story of its own — exactly what the new Spider-Man series needs.