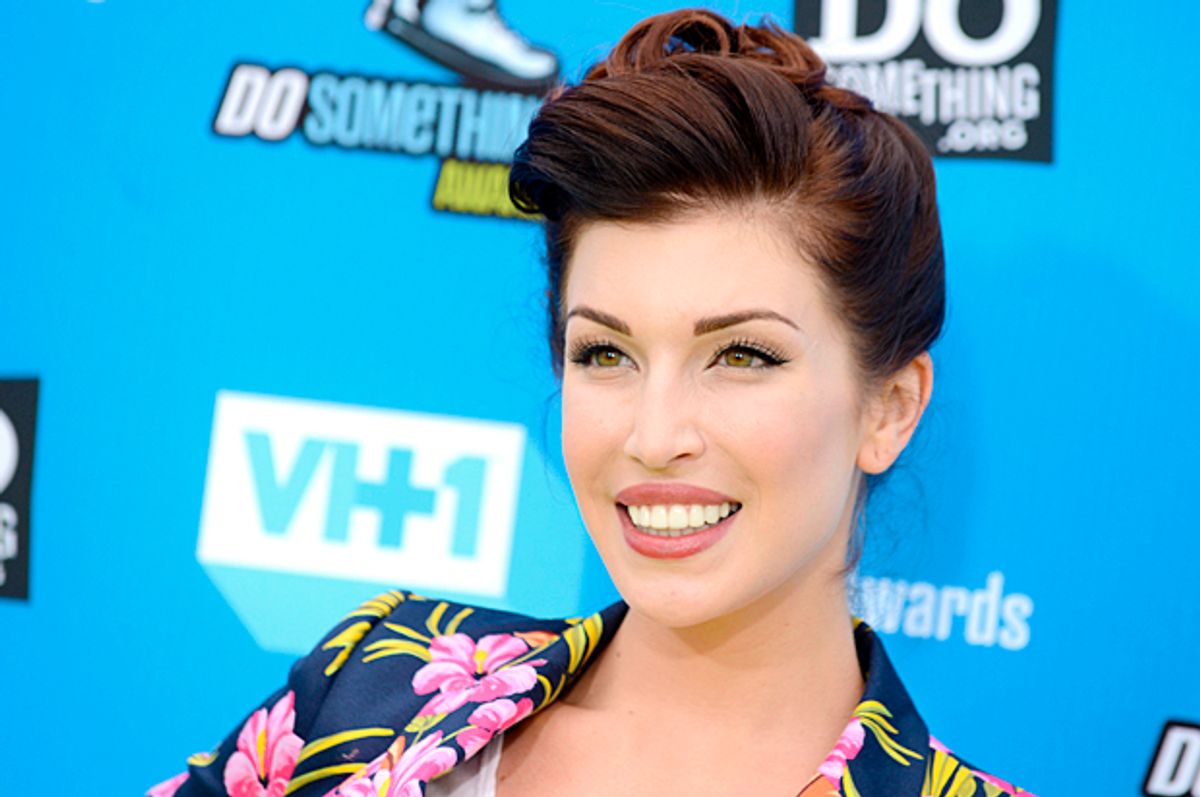 Stevie Ryan, known for her Youtube series "Little Loca," has died. She was 33 years old. The actress was found in her home Saturday and pronounced dead at the scene. Ryan's apparent cause of death has been ruled a suicide by the Los Angeles County Coroner's Office.

Ryan rose to fame through her first comedic Youtube series "Little Loca," and later received her own sketch series on VH1, "Stevie TV." There she parodied pop culture shows like "Keeping Up with the Kardashians" and "Toddlers and Tiaras".

When the show was cancelled after its second season, Ryan became the co-host of Brody Jennner's talk show, "Sex with Brody." Therapist Dr. Mike Dow joined the pair to give advice and talk about sex and relationships.

Throughout her work on that show and on her podcast, Mentally Ch(ill),” Ryan became increasingly more open about her own struggles with depression and mental health with the kind of honestly that's become vital to the ongoing effort to normalize those issues in American discourse.

Fans seemed to have taken it the hardest, taking to twitter to express their surprise and grief.

Suicide is a permanent solution to a temporary problem. The world is just a little dimmer today. RIP @StevieRyan you beautiful soul.

I am so saddened by the death of @StevieRyan. If you feel hopeless and depressed, there is hope and help for you! Don't give up.

Stevie Ryan's suicide is a reminder that depression is insidious and doesn't care about your social status. If you're depressed, seek help — CJ Fogler (@cjzero) July 3, 2017

No no no!!!! I can NOT BELIEVE THIS IS HAPPENING!!!! Please wake me from this nightmare @StevieRyan I loved you and will forever miss you! pic.twitter.com/hNFvM6tDpW

Ryan's death comes one week after she announced the death of her grandfather on Instagram. "My dream man who I will only see in my dreams," said Ryan. "I'll meet you in Percebo, soon. I love you my Papa."

If you or someone you is battling mental illness, call the National Suicide Prevention Lifeline at 1-800-273-8255. You can also text HELLO to 741-741 for free, 24-hour support from the Crisis Text Line. If you live outside of the U.S., visit the International Association for Suicide Prevention for more resources.