The 10 most watchable films with "American" in the title 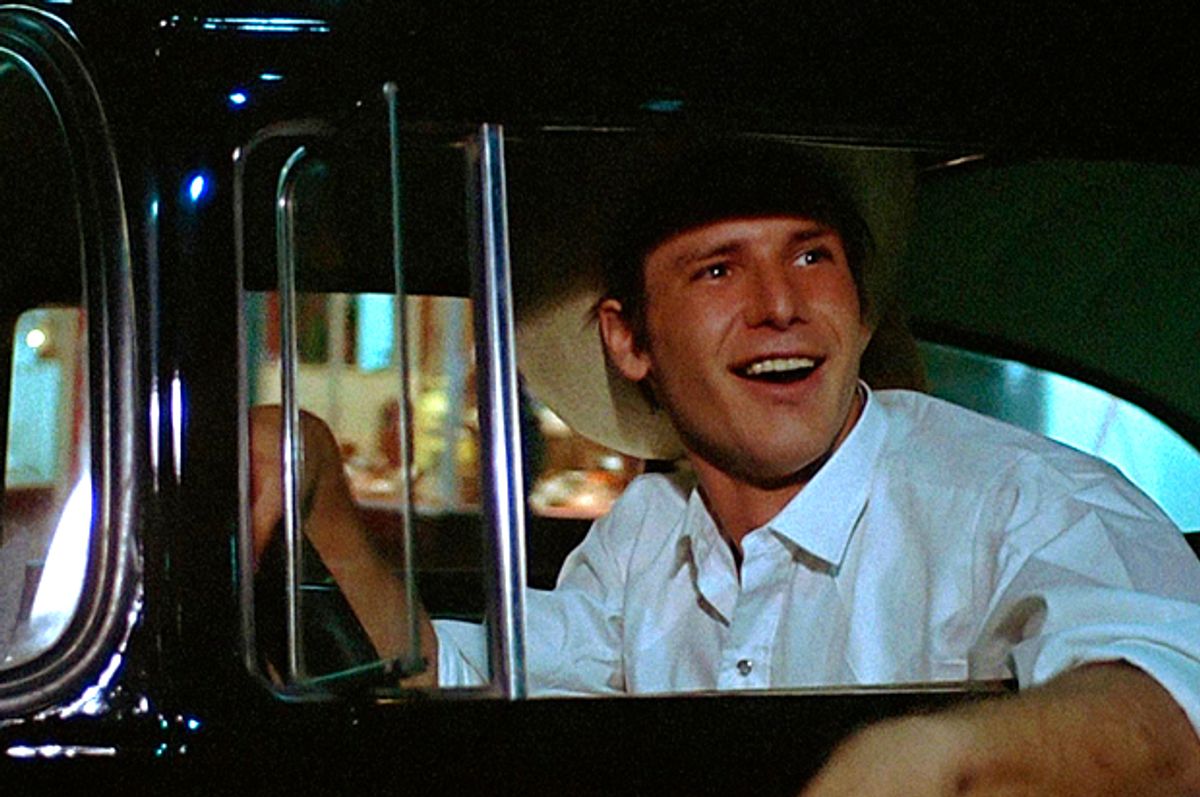 There are many films about the American experience, or America as the great melting pot, from Elia Kazan’s classic immigrant drama, “America, America,” to “The Golden Dream,” a harrowing Mexican film about three teens trying to cross the border into the United States.

But in looking at America on film, we considered those movies with two-word titles (sorry “American Werewolf in London”) that have “American” as a descriptor to see what these stories express about our country and our culture. Here, in alphabetical order, are 10 of the best — or, at least, the most supremely, enjoyably watchable and patriotically relevant — “American” Films.

“American Beauty”
The title may refer to the type of rose prized by Carolyn Burnham (Annette Bening), but Sam Mendes’ brittle drama is really about suburban malaise and the failure of being satisfied with achieving the American Dream. Lester Burnham (Kevin Spacey in an Oscar-winning turn) reflects back on the last weeks of his life, finding a kind of “freedom” after blackmailing his boss and working flipping burgers. “American Beauty” won Best Picture, but it bites off more than it can chew with subplots about repressed (and suspected) homosexuality, jaded teenagers, and gun culture. Nevertheless, it does have a fantastic dinner table scene.

“American Gangster”
This sensational character study, set in the 1970s, chronicles the rise and fall of Harlem drug lord Frank Lucas (Denzel Washington). “American Gangster” portrays Frank as ruthless, building a drug empire driven by greed and power, unconcerned that he is also poisoning his community. Meanwhile, the honest, hardworking cop Richie Roberts (Russell Crowe) is hoping to bring Frank down. Ridley Scott’s crime drama wants to have it both ways: You can succeed by being an outlaw or you can be an honest cop. It’s your America.

“American Gigolo”
In this classic (for its time) film from 1980, Julian Kay (Richard Gere) is a straight male escort who is suspected of — and possibly framed for — murdering a client. A subplot has Julian also becoming involved with the lonely wife (Lauren Hutton) of a U.S. senator. The drama of “American Gigolo” is skin deep; the scenes of Gere hanging from the ceiling and working out in his tight gray shorts are possibly sexier than his famous full-frontal nude scene. Writer-director Paul Schrader highlights Giorgio Armani’s clothes, Julian’s valuable possessions and the sleek superficiality of our sex-drenched culture, letting high style and Gere’s handsomeness compensate for his film’s absolute lack of feeling and substance. What exactly does this say about America? That we are all whores, of course!

“American Graffiti”
Before he made a little film called “Star Wars,” George Lucas directed this blockbuster (nominated for a slew of Oscars) about a handful of teens hanging out on one long night in 1962 California. Steve (Ron Howard) and Laurie (Cindy Williams) play a high school couple breaking up; John (Paul LeMat) is a drag-racer “babysitting” young Carol (Mackenzie Phillips) all night; Curt (Richard Dreyfuss) searches for his blonde dream girl in a T-bird (Suzanne Somers); and nerdy Toad (Charles Martin Smith) connects with a quirky sexpot Debbie (Candy Clark). It’s a funny, charming slice-of-life comedy-drama, full of great cars and a fantastic oldies soundtrack that joyously captures American youth and pop culture at the tipping point between innocence and experience.

“American Heart”
Jeff Bridges gives a phenomenal performance as an ex-con reconnecting with his teenage son (Edward Furlong) in Martin Bell’s sad and beautiful redemption drama. “American Heart” captures the grit and despair of living on skid row in America. The film is firmly rooted in the same rundown Seattle where Bell’s documentary about homeless teens “Streetwise” was set. It is as powerful as that film was for its striking depiction of life on the margins in America.

“American Honey”
British filmmaker Andrea Arnold’s astonishing epic features a star-making performance by Sasha Lane as Star, a young woman who runs off and joins a circus of sorts in the form of a motley magazine-sales crew run by Krystal (Riley Keough). The ragtag bunch of wasted youth — they drink and drug, and look like a group of juggalos — crisscross the Midwest selling magazine subscriptions door to door. They get into various scrapes, but create a makeshift family holing up in motel rooms and various houses. Star is attracted to Jake (Shia LaBouef), and they have a tryst — but her independent streak poses a personal and professional threat to both Jake and Krystal. “American Honey” paints a dark, depressing and vivid portrait of the underbelly of America, but Star’s can-do spirit, and Lane’s impressive performance, are inspiring.

“American Hustle”
David O. Russell’s Oscar-nominated con game, a makeshift version of the 1970s Abscam scandal, is all about disarming the mark. Just check out the scene in the ladies' room where Rosalyn Rosenfeld (Jennifer Lawrence) tells Sydney Prosser (Amy Adams) that “sometimes all you have are fucked-up, poisonous choices” and then kisses her, smearing Sydney’s lipstick. The film is full of great scenes like that right up to the final reveal. “American Hustle” is all about reinvention — in America, you can be or do anything! — and, as this complex story unfolds via multiple (and possibly untrustworthy) narrators, it is truly beguiling.

“American Psycho”
Nothing succeeds like excess. In Mary Harron’s shrewd and darkly funny adaption of Bret Easton Ellis’ controversial novel, Patrick Bateman (Christian Bale) is 27-year-old investment banker with a penchant for violence and murder. He may have a precise morning routine and care about moisturizing and getting a decent table in a restaurant, but his values are considerably askew. Patrick likes to dissect girls and kill homeless people. “American Psycho” holds a mirror up to the masked face of its antihero, a man whose only emotions are “greed and disgust,” and who confesses, that he is “some kind of abstraction... I simply am not there.”

“American Sniper”
Clint Eastwood’s powerful drama about Texan Chris Kyle’s (Bradley Cooper) experiences as a Navy SEAL in the Iraq War isn’t jingoistic, it’s humanistic. This is its strength; the film puts viewers on the ground and in the mindset of an American soldier who chose to defend his country after 9/11, doing four tours of duty in Iraq. The war scenes are intense, but “American Sniper” also shows the difficulties Chris has back home in the States where he is detached from “”normal” life. A firm believer in “God, country, family,” Chris is an American hero with 160 kills to his credit, and the film does his tragic story justice.