How did a terrible year for real women become such a great one for fictional ones? 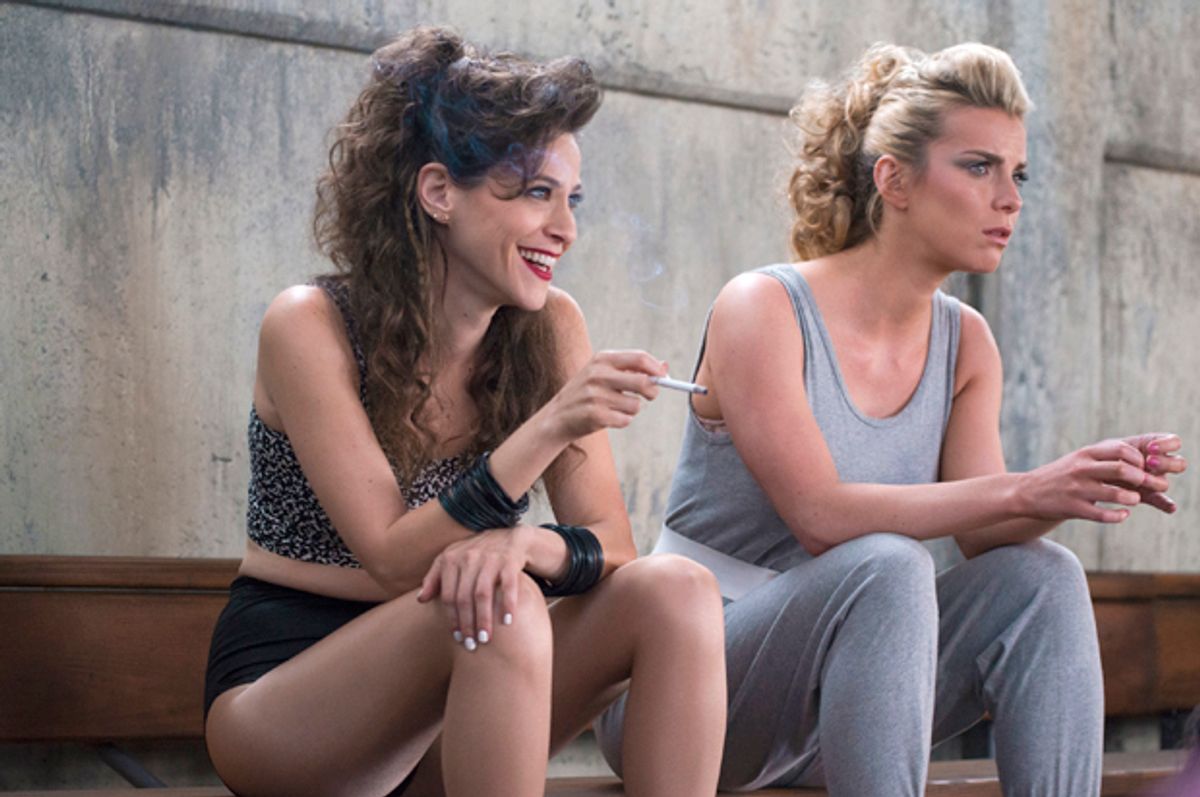 You wouldn't think it'd take a chillingly realistic dystopia and a whole lot of big-haired ladies beating up other big-haired ladies to make it happen, but nonetheless here we are. Television is lately not merely passing the Bechdel test, it's totally nailing it.

For the uninitiated, the test (also known as the Bechdel–Wallace test) takes its inspiration from graphic novelist and "Fun Home" creator Alison Bechdel. It's a simple formula — a creative work passes if it includes at least two women who have at least one conversation about something other than a man or men.

On the big screen, it's long been understood that films don't need to meet that standard for financial and critical successes, from this year's Oscar winner "Moonlight" to "Get Out" to "Guardians of the Galaxy." Can you blame audiences for being so thrilled about "Wonder Woman"?

Television has rarely fared much better — with male antiheroes and ensembles earning ratings and prestige, while female-centric shows tend to position their heroines in relation to their romantic and family ties. Even terrific, female-led shows like "Crazy Ex Girlfriend," "iZombie" and "Jane the Virgin" have relied heavily on the pursuit-of-the-boyfriend plot.

That's not to say there haven't been signs that women can gather in groups of two or more and discuss something other than men. After all, "Sharknado" managed to do it, because flying sharks. "Orange Is the New Black" has consistently offered an intimate, unflinching view of the inner lives in women, while "Orphan Black" has given us plenty of moments of women working with, fighting with and talking to other women — even if almost all those women are Tatiana Maslany.

Both shows are now back with strong new seasons, but lately they've been joined by other innovative, compelling and bracingly funny television with a distinctly female gaze. "Veep" has thrown Selina Meyers into the personal and professional indignities of her post-presidential career, while "Unbreakable Kimmy Schmidt" continued to explore its titular heroine's quest to have an identity separate from the man who abducted and abused her. Later this month, Issa Rae's brilliant "Insecure" returns for a second season, with a fresh focus on how the characters are faring in the workplace. Even if 2017 had given us nothing but these, we would be living in a glorious moment of television entertainment. But we also got "Claws" and "Queen of the South." We got "The Handmaid's Tale" and "GLOW."

With its ominously timed view of an America fallen to religious zealotry and institutionalized misogyny, Hulu's "The Handmaid's Tale" was not an easy 10 hours of entertainment. Weeks after its season finale, its unnerving nearness to real-world events is still profoundly ratting. Yet, even at its most politically dire, the show offered glimmers of strength and hope through its core female relationships. Like "OITNB," "Handmaid's Tale" has never been afraid to let women be morally ambiguous and even brutally villainous. And its central understanding of the complex ways women guide each other through the world is all the more resonant for it.

In her pre-Gilead life, June (Elisabeth Moss) relied on female friendship for emotional support, and the practical safety of a running partner. In her new, sexually enslaved one, women repeatedly depend on each other for survival, in ways both literal and psychological. Sometimes sisterhood means not stoning each other to death. Sometimes it's just putting the gaslighting in check, or taking turns urging one another to hold it together. Long after June's husband Luke has slipped from her grasp, it's her friend Moira (the exceptional Samira Wiley) who is her rock. And while it might not technically pass the Bechdel test, June's secret advice from her deceased handmaid predecessor — a scrawled note of hope to not let the bastards get her down — is what keeps her going in a cruelly chaotic situation.

Similarly, the fictionalized eighties-era world of women's wrestling depicted in "GLOW" succeeds just as much for the flaws of its characters as their strengths. Led by Alison Brie's Ruth, a troupe of aspiring wrestlers bicker and betray each other, all in service of ultimately coming together as a formidable unit. Ruth's infidelity with her pal Debbie's husband forms the backstory for the show's central rivalry in the ring, but the real heartbreak isn't over the cheating husband. Instead, it's the shattering loss of a beloved friendship. That's what makes the show so enthralling and dramatic.

June and Moira and Ruth and Debbie and all the other flawed, formidable women of summer television get smacked down almost as often as they get up. What they don't do is sit by the phone waiting for things to happen, usually to someone else. They don't serve as the sole token chick in the squad room. They're fully formed humans who fight and bleed and crack jokes. And even when they're quite literally fighting the patriarchy, they (quite regularly in fact) find something to talk about other than men. Blessed be.