WATCH: Chance the Rapper share an original poem during his "Tiny Desk" Performance 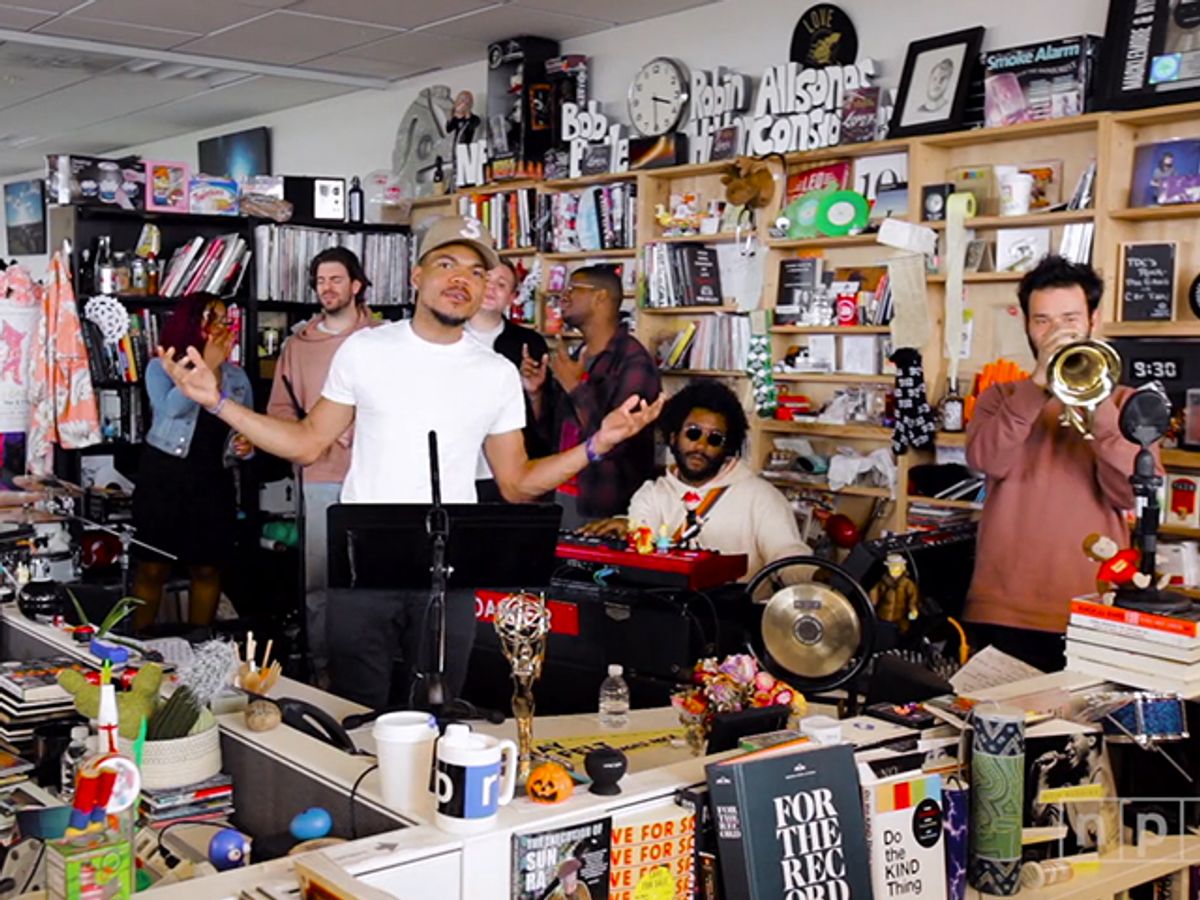 NPR's hit series "Tiny Desk" seems to always bring out the best in performers — and for Chance the Rapper, this was no different. The Chicago born rapper stopped by the NPR office  to perform his hit song "Juke Jam," along with an original poem titled "The Other Side" and Stevie Wonder's song "They Won't Go When I Go."

In Lil Chano fashion, the concert wouldn't be complete without endless rounds of laughter and jokes. "I didn’t know it was actually, actually in an office," he said, earning laughs from the audience.

After diving into an acoustic rendition of "Juke Jam," with help from friends "Social Experiment" who filled in for Justin Bieber during the hook, Chance recites an original poem written on his way to the concert, titled "The Other Side." He describes life "on the other side," appearing to speak about the life-altering transition he made from being poor to becoming one of the most well-known rappers across the globe.

"I still have all the keys that are of no use to me," he began. "They used to, though," he continued. "On the other side was a mansion on a hill, complete with L.A. pools and fireplaces and a rim made specifically for people that lie about being six feet to dunk on."

"There's humor in this poem. So some of the things you can laugh at — unless they truly offend you," Chance said through laughs after being interrupted by a building-wide announcement.

He ended his performance with an emotional  interpretation of "They Won't Go When I Go" by Stevie Wonder. "This is actually for somebody close to me," he said before singing, "that lost someone close to them."