"They just want to absolutely crush anyone who speaks up" [UPDATED] 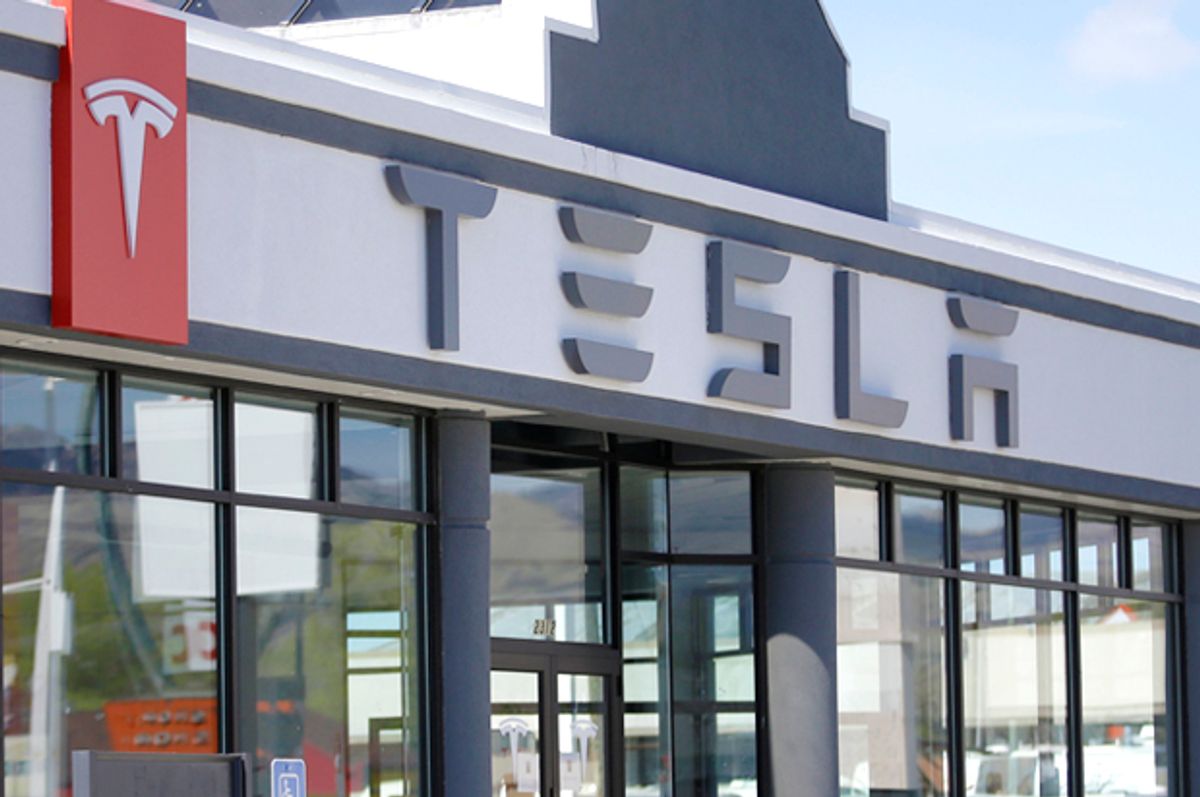 At a March 2017 "town hall" meeting for employees of electric car startup Tesla Motors' factory in Fremont, California, more than 20 female employees passed around a microphone as they recounted painful stories of sexual harassment in their workplace.

The revelations arrive at a time of increased scrutiny towards the tech industry, which seems to be plagued weekly by allegations of sexist workplace culture and sexual harassment scandals.

The Tesla town hall was attended by 70-100 people, though the company's CEO, Elon Musk, was not present, according to the Guardian.

During the company-organized town hall meeting, women "took the microphone one-by-one and shared stories of sexual harassment, mistreatment by male managers, unfair promotion decisions and more," the Guardian reported. One woman at the town hall meeting described parts of the factory as a "predator zone."

AJ Vandermeyden, a female engineer and former employee, is suing Tesla and has alleged "pervasive harassment" and pay discrimination, reported the Guardian. Vandermeyden was fired in June and was accused by the company of pursuing a "miscarriage of justice."

"They just want to absolutely crush anyone who speaks up," Vandermeyden told the Guardian. "I spoke up, and I was made a sacrificial lamb for it. It’s a scary precedent."

Tesla claimed that Vandermeyden's firing does not have to do with the fact that she is suing the company. "The termination was based on Ms. Vandermeyden behaving in what the evidence indicates is a fundamentally false and misleading manner, not as a result of retaliation for the lawsuit," a Tesla representative told Business Insider. Telsa has already committed to leadership and policy changes, according to Business Insider.

Tesla is merely the latest company in Silicon Valley to be publicly called out for fostering workplaces that abetted harassment towards female employees. Women at the company's town hall alleged they felt unsafe around their male managers and faced "sexist remarks from superiors," according to the Guardian.

[UPDATED] A representative of Tesla contacted Salon to say The Guardian's reporting of the company's town hall was "inaccurate":

The employees who spoke stood up to ask the executives questions, share their experiences at Tesla — both positive and negative — while others spoke of things that they believed Tesla was doing right and some came with suggestions. In some instances, employees were only looking for better collaboration with their HR business partners in general and had nothing to do with any allegations of harassment.