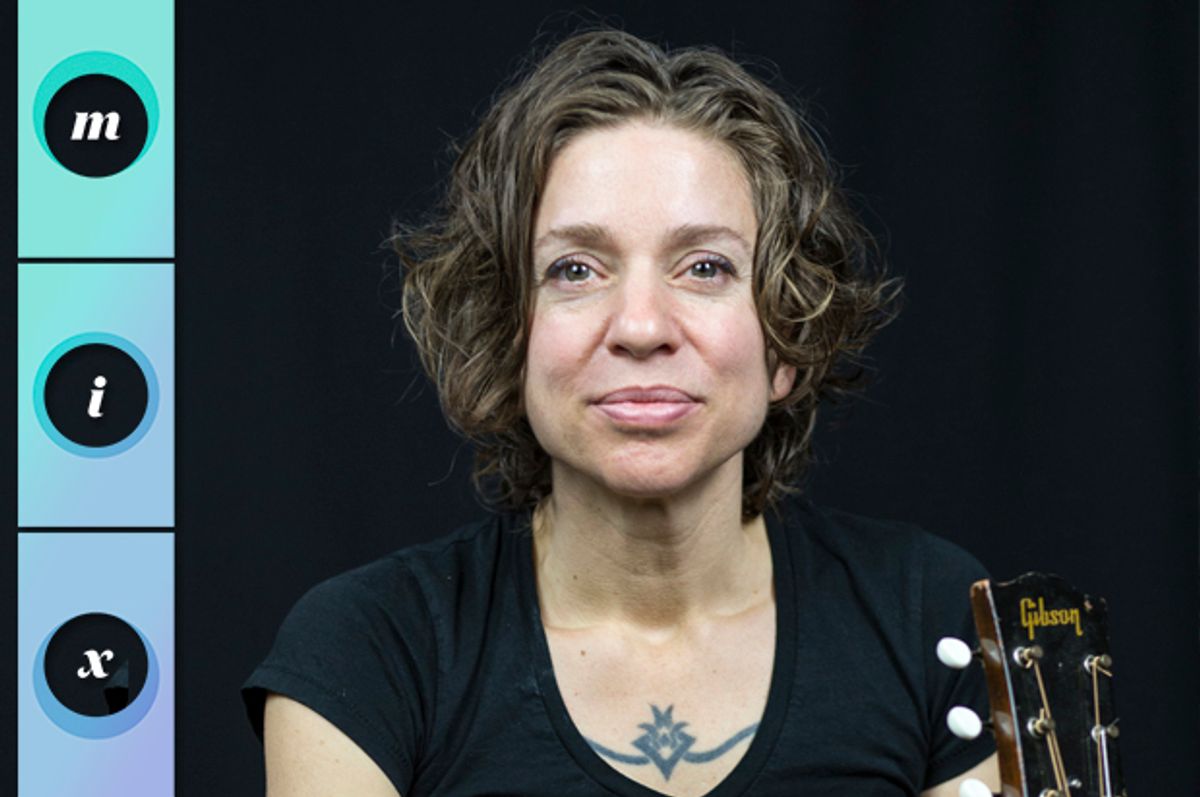 Throughout her career, singer/songwriter Ani DiFranco has never shied away from mixing her politics with her art. Since her breakout self-titled 1990 album, she’s become known as much for being outspoken on feminism, reproductive rights and LGBT visibility as for her poetic lyrics and her signature staccato style guitar style.

DiFranco stopped by our studio recently to talk in depth about her politics, her artistic process and her new album, “Binary.”

On her new song "Playing God":

That song really comes from a place of trying to frame reproductive freedom as a civil right. That's the way I see it. I think there's a whole area of unfinished business in civil rights that apply only to women and we seem to not even have that language yet. It steers very early to the religious, and the, sort of, patriarchal religious forms, and the moralistic.

On why women are the experts on reproduction and reproductive rights:

I think every menstruation teaches us that. I've had several abortions; I've given birth to several children. I've had a miscarriage; I've had more periods than I've ever liked to have had. So like any woman I think I know more than a man what it all means, so I think I should be given that respect.

I think that's up to each feminist, really. . . . For me, feminism, if I were to come up with my one or two sentences, it would be more like a path away from patriarchy, which I think is a force that is very destructive underlying all of our government, our culture, our societies, our religions. It hurts not just women; it hurts men acutely, too.

Listen to the full interview: