Democrats punt on substantive policy proposals, and may run instead on "Have you seen the other guys?" 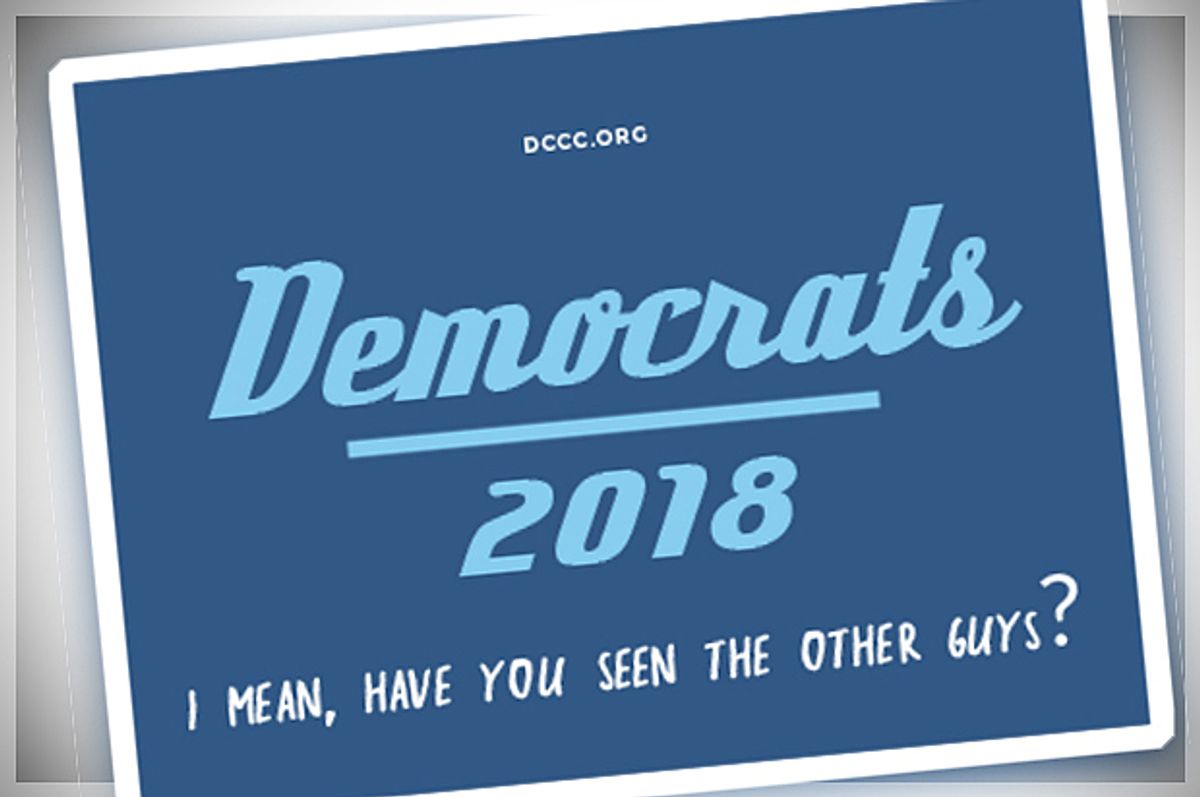 The definition of insanity is sometimes described as doing the same thing over and over again but expecting different results. In the realm of politics, that form of insanity could very well be defined by the Democratic Party.

On Wednesday, Democrats triumphantly rolled out some possible new campaign slogans that might fairly be described as underwhelming. "I mean, have you seen the other guys?" calls out one potential bumper sticker — suggesting that its owner is unwilling to stand up for any specific beliefs, but believes it's enough not to belong to the party of President Donald Trump.

With this slogan, Democrats are waving aside Trump — and the Republicans controlling the House and Senate — as some kind of aberration. In reality, Trump isn't a cloud of evil directly out of a comic book that, when subsided, will bring rays of sunshine.

Ironically, while the Democrats were touting their "more of the same" bumper stickers, Britain was celebrating the 69th birthday of the National Health Service, which guarantees government-sponsored health coverage to every citizen. It's an idea that has, with the exception of a few mentions here and there, largely been waved off by the party of "look at the other guys."

"Everyone — rich or poor, man, woman or child — can use it," announced a British pamphlet from 1948.

That brings us back to the Democrats. As the Washington Post reported Thursday, Republicans are planning to attack Democrats on the notion that they might possibly consider universal single-payer health coverage. And Democrats are faced with a dilemma heading into 2018: Are they willing to stand up for the idea of universal health care, or do they really think they can win with "have you seen the other guys?"