The comedian, who was tapped because of his extensive work supporting veterans, will join Hannah Storm 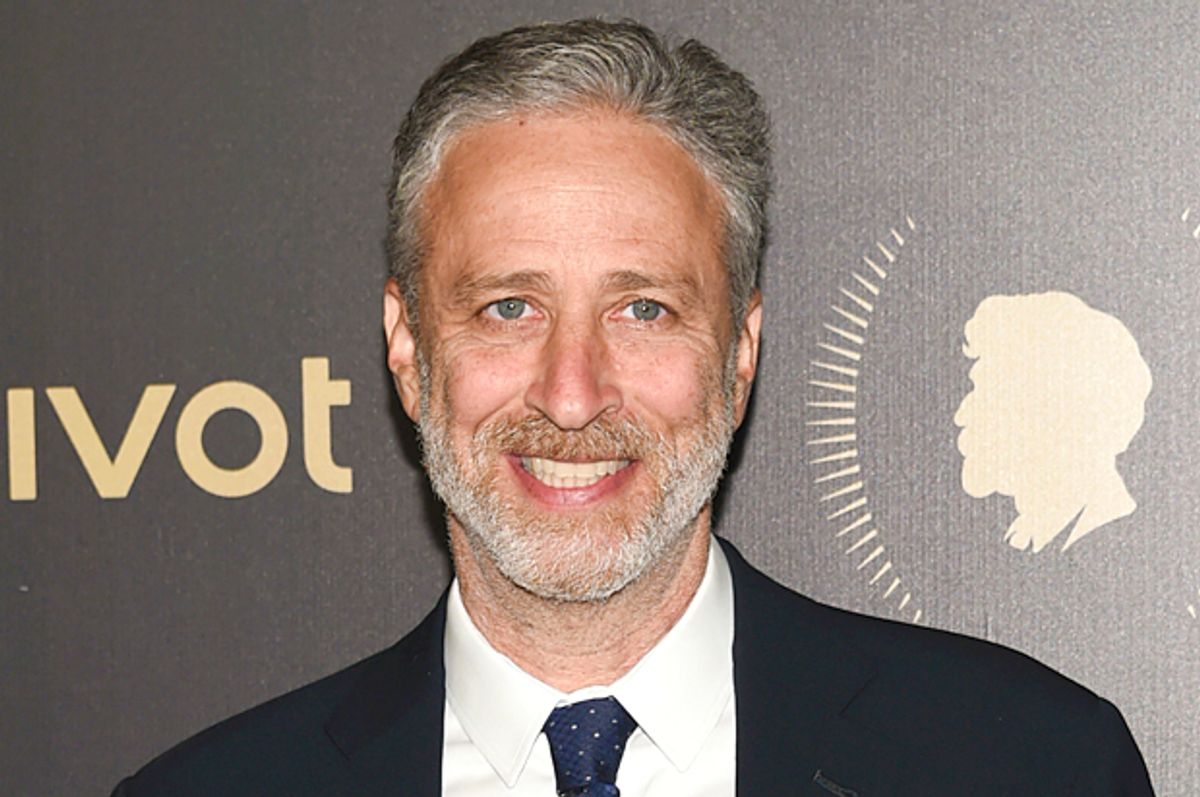 Jon Stewart is going to co-host a live SportsCenter broadcast of the Warrior Games on Friday.

Stewart, who will be sharing his responsibilities with Hannah Storm, has long been a supporter of the military and veterans and was selected for that reason, according to USA Today. He will also conduct live on-site interviews for ESPN at 11 PM, four hours after his coverage of some of the games with Storm.

In an ESPN press release, Storm (the daughter of a Marine) commented that "it’s a thrill for me not just to be a part of the Warrior games but also to work with someone who’s one of the best-known hosts in the television industry and such a great talent. I’ve always been a fan of (Stewart’s) work, and he’s so involved and so passionate about this cause."

Stewart has long been a fan of the Warrior Games and is expected to bring his colorful brand of commentary to the event.

Some of ESPN's conservative critics have accused the network of harboring a left-wing political bias, although that claim was recently undermined by a research firm which studied the matter. It found that 64 percent of ESPN's viewers among its respondents believed that the network was appropriately balancing its sports and political coverage, with only 30 percent perceiving a political bias in the network.

Among those who detected a bias, 30 percent actually believed it was conservative rather than liberal, although 63 percent did say they believed the station had become too left-wing. In total, the number of people surveyed who believed that ESPN had a liberal bias equalled 19 percent.