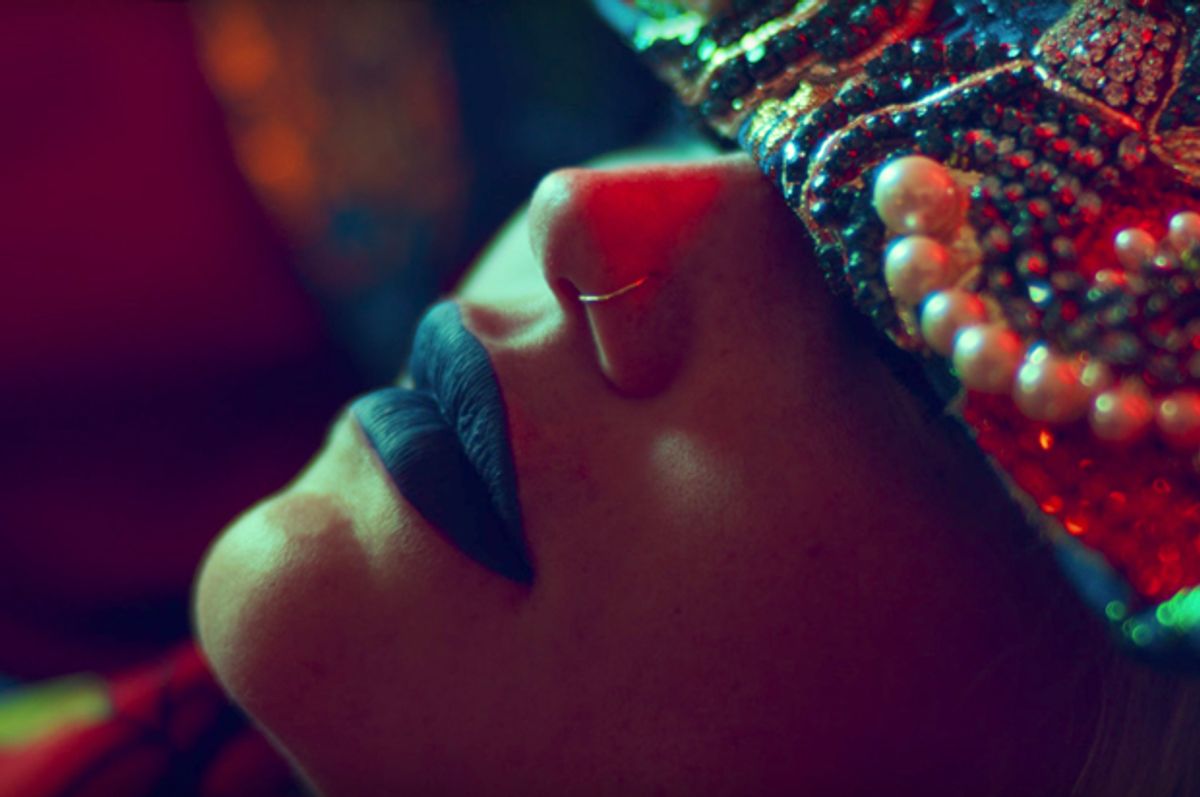 Kesha — the pop star who has been stuck in a long legal battle with her former producer Dr. Luke — has officially returned to music in her emotionally charged single, "Praying." The track, co-written by Ryan Lewis and Ben Abraham, was appeared Thursday after a series of tweets and Instagram posts teased its release.

It's that this first single by Kesha in four years is very much about self re-discovery and finding strength after surviving trauma. "Am I dead?" begins Kesha in a heart-wrenching voiceover during her music video. "Or is this one of those dreams? Those horrible dreams that seem like they last forever." She ends the voiceover pleading to God, saying "I can't do this anymore. Please just let me die. Being alive hurts too much."

But, as Kesha begins singing, the direction of the song shifts. "I'm proud of who I am/ No more monsters I can breathe again/ And you said that I was done/ Well, you were wrong and now the best is yet to come," she sings. "'Cause I can make it on my own/ And I don't need you, I found strength I've never known."

In a personal essay for Lenny Letter, Kesha shared her darkest moments. "I've battled intense anxiety and depression, a relentless eating disorder, and all the other basic bullshit that comes with being human," she wrote. "I know I'm not alone in that battle. Finding the strength to come forward about these things is not easy, but I want to help others who are going through tough times."

"Praying," follows an ugly legal battle with Dr. Luke where the star sued him for alleged sexual assault and battery and emotional abuse. In 2014, Kesha accused him of "sexually, physically, verbally and emotionally" abusing her since she signed with him at age 18. After judges denied a preliminary injunction and dismissed her sexual assault allegations, Kesha dropped all charges against Dr. Luke in August 2016, 18 months after first filing the charges against him.