Margaret Atwood wants Drake to appear in "The Handmaid's Tale" 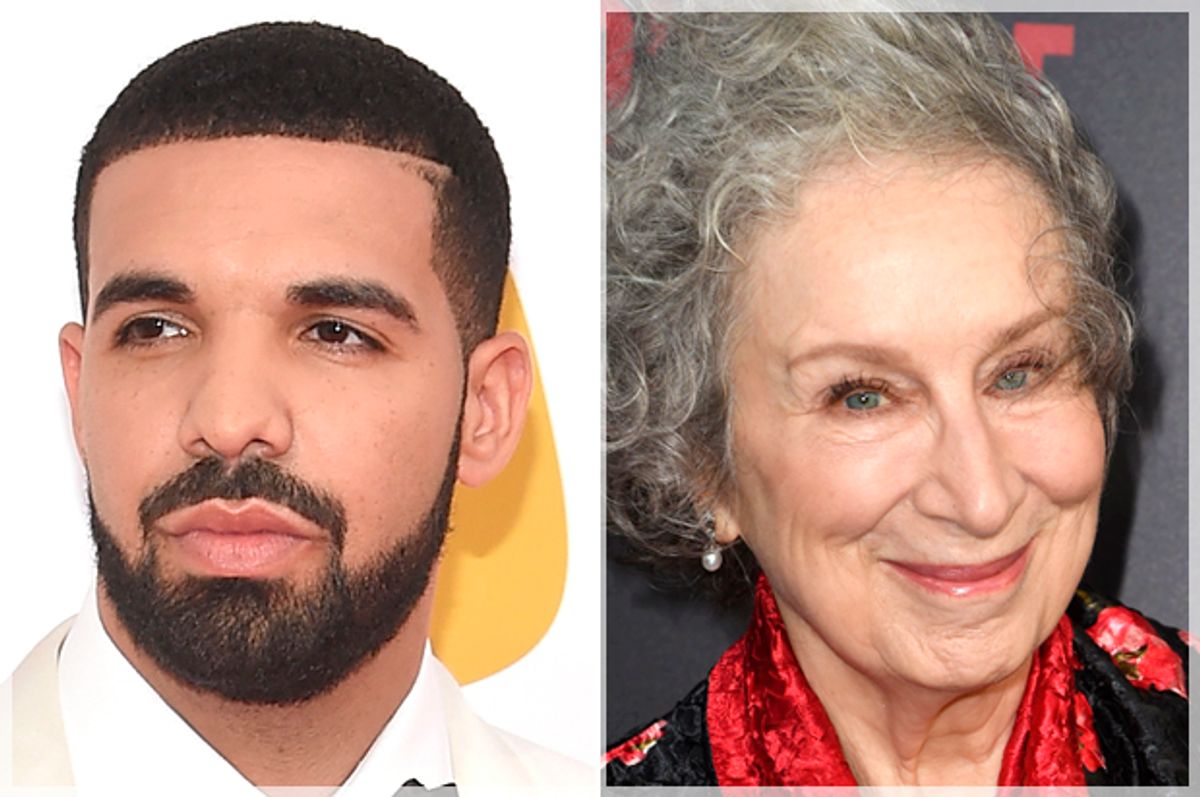 During an interview with "Boston Review," author Margaret Atwood — best known currently for "The Handmaid's Tale," which was adapted into a TV series by the streaming service Hulu — talked about what she would like to see happen with one of Canada's other "global superstars," the rapper Drake.

"I haven’t met Drake, but I have of course met people who have met Drake," said Atwood when asked if she knew her Toronto counterpart. "But you have to realize how o-l-d I am.  I’m not likely to go to the same parties. Or many parties at all, to be frank."

When her interviewer commented that Canada was "missing a great opportunity" to have two of its most famous artists work together, Atwood replied, "Wouldn’t it be fun for him to have a cameo in season two of The Handmaid’s Tale?"

Atwood later added, "I’ll drop that notion into the ear of Bruce Miller, the showrunner, and see what he can do with that, because of course the show is filmed in Toronto. Maybe Drake could help smuggle someone?"

While unexpected, it's quite as farfetched as it may seem on first blush. Drake — born Aubrey Drake Graham — was a star of the Canadian television series "Degrassi: The Next Generation" and his IMDb page list a string of acting credits ranging from TV work in the early '00s to 2013's "Anchorman 2: The Legend Continues."

This isn't the first time that "The Handmaid's Tale" has appeared in recent headlines. Polish protesters were seen wearing costumes from the series during President Donald Trump's visit to Warsaw in order to speak out against his perceived misogyny. A Planned Parenthood volunteer who also wore a costume from the series during a protest in Washington DC told CNN that "we deduced to dress in the ‘Handmaids’-inspired costumes because the novel/television series presents a dystopia where women’s bodies are not their own."