Here's what Poland's ruling party did to win over the Donald. 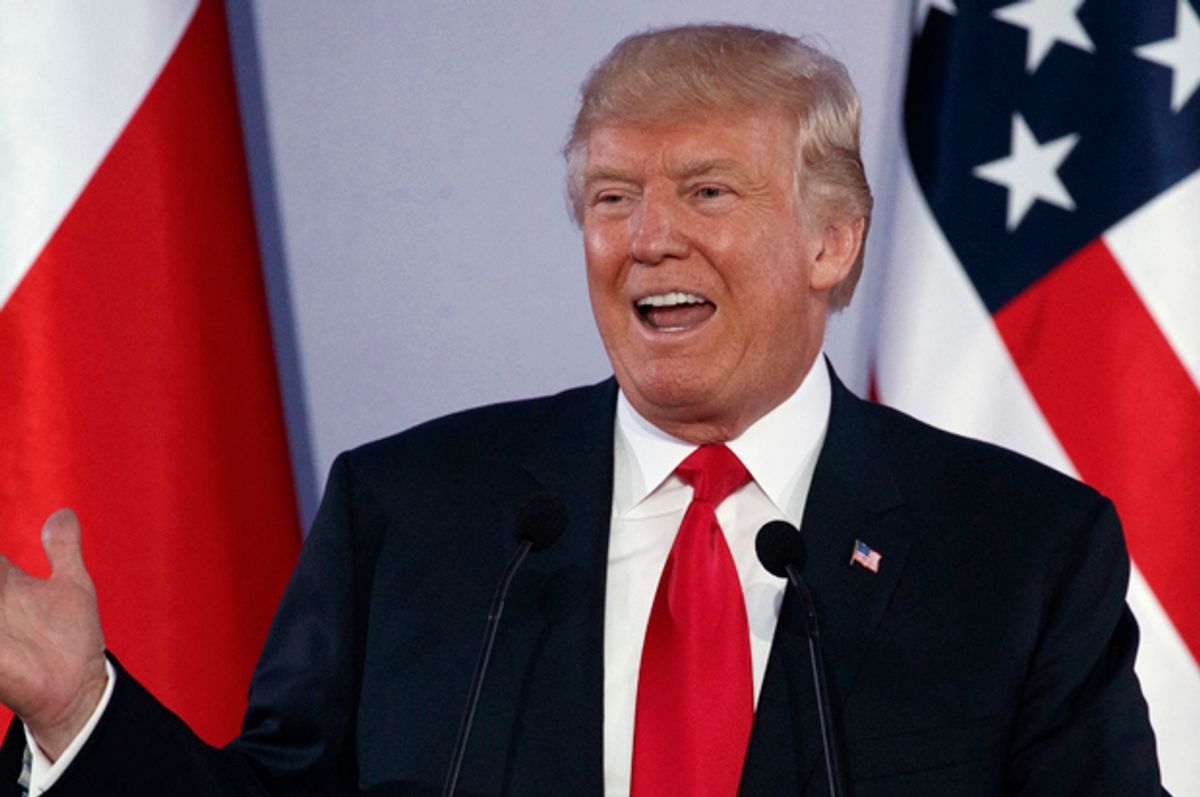 President Donald Trump received a very warm welcome in Poland, due in no small part to the fact that the nation's right-wing government believes that its values are very similar to his own.

According to a quote by Polish lawmaker Dominik Tarczynski in The Wall Street Journal, the reception for Trump was "going to be huge — absolutely huge. They just love him, the people in Poland — they just really love him."

Another lawmaker from the ruling Law and Justice Party, Krzysztof Mróz, sent two buses full of Trump fans on a 300-mile drive to Warsaw to greet the president.

"Regarding refugees, the Polish government has the same position as Americans—we want strict restrictions on refugees," Mróz told the Journal.

Indeed, the perceived affinity between Trump and the Polish government was reported to be part of what inspired the president to visit the country. Polish Foreign Minister Witold Waszczykowski told the Journal that when he saw Trump at a NATO summit at Brussels in May, he urged the president, "Please visit us, your soldiers are already here, you can follow, and you can visit a country which is friendly."

During his visit to Poland, Trump made a series of characteristically controversial comments. After hedging his admission about Russia's alleged involvement in hacking by saying that "it could have been other people in other countries," he gave a speech that, to many ears, sounded like a dog whistle to the clash of civilization crowd.