The event description says they will "tackle questions of life, politics, and the future of the country" 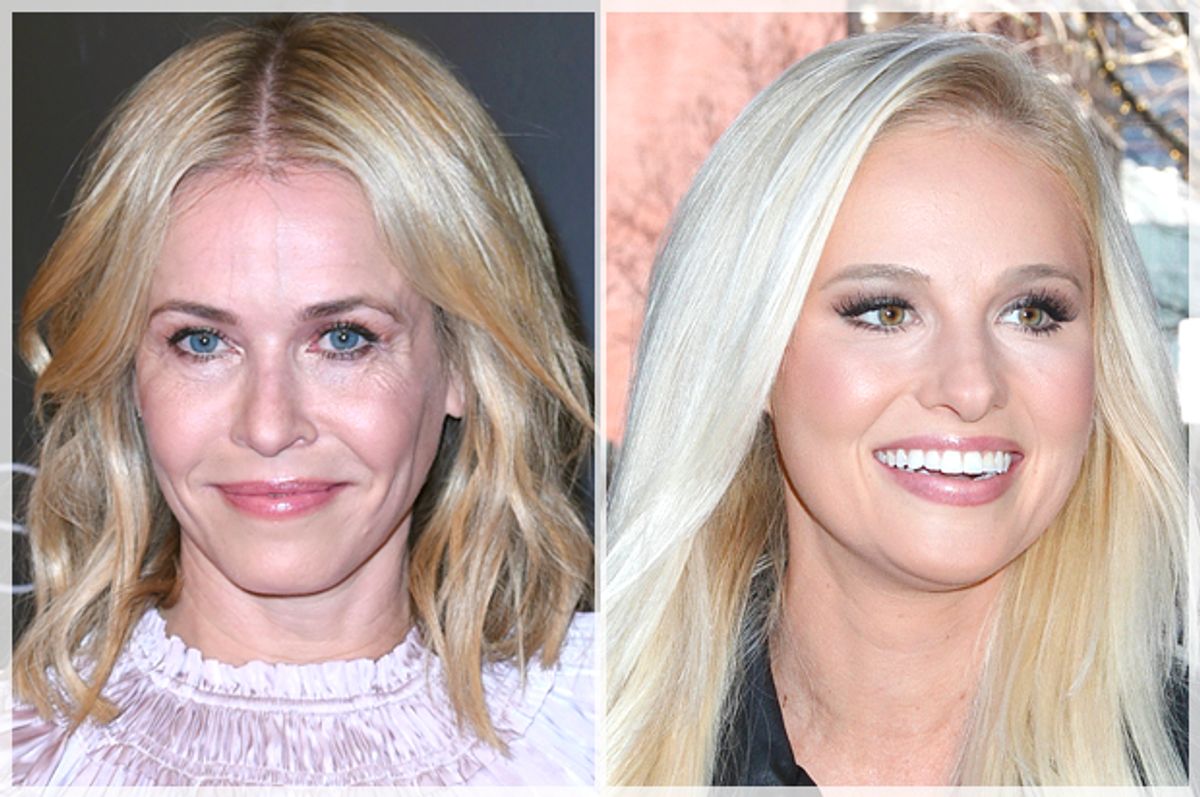 Talk-show host and sharp-as-razors comedian Chelsea Handler is going to face off against conservative pundit Tomi Lahren in an upcoming debate.

The event will take place at the Politicon convention that is occurring on July 29 and July 30 in Pasadena, California. It will be called "Chelsea Handler: In Conversation with Tomi Lahren," and is scheduled for July 29.

"Chelsea Handler crosses the aisle and a generation to sit with millennial firebrand Tomi Lahren to tackle questions of life, politics, and the future of the country," the website promotes.

Lahren will also participate in a debate with Bernie Sanders' presidential campaign national press secretary Symone Sanders and a conversation with assorted other Republican commentators.

Lahren made headlines earlier this year when she was fired from The Blaze for taking a seemingly pro-choice position. Although this decision drew criticism for its perceived intolerance toward diversity of opinions, Lahren was also rumored to have had a very difficult personality. This included having sour working relationships with her colleagues and making humiliating demands of people beneath her, such as insisting that someone microwave her "butt warming pad" before every show.

As The Blaze put it in its countersuit against Lahren, she "constantly complain[ed] about everything including but not limited to lighting, room temperature, editing, shooting, directing, etc. Lahren was divisive and created conflicts with other media personalities at TheBlaze."

Hopefully Lahren will be friendly and respectful to the employees at Politicon.