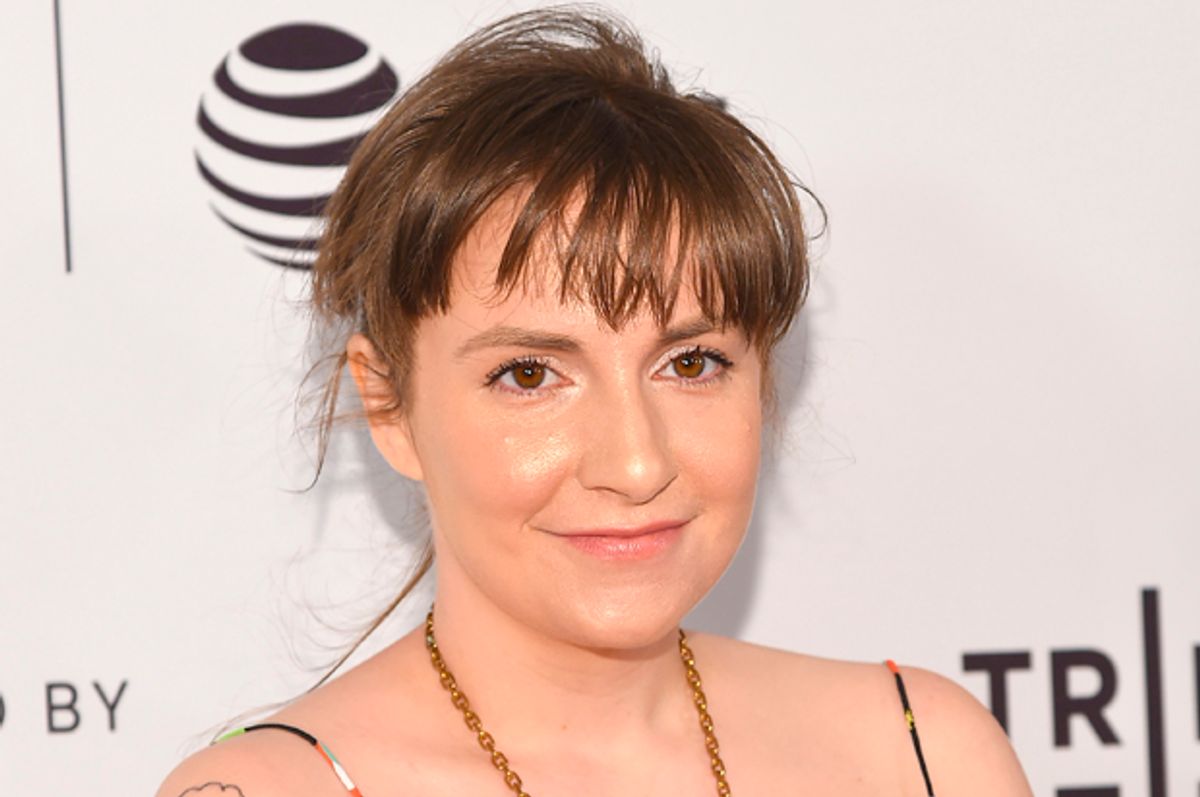 The no-kill shelter where she adopted her dog Lamby from is disputing her claims the dog was aggressive from suffering abuse as a puppy — the behavior prompting the "Girls" star to give him away.

On June 21, Dunham shared her "heartbreaking" decision to give Lamby away on Instagram, telling her followers he "suffered terrible abuse as a pup that made having him in a typical home environment dangerous to him and others."

However, Robert Vazquez, a representative for the BARC Shelter — where Dunham adopted Lamby in 2013 before detailing the adoption process in the New Yorker, making him almost as famous as she is — isn't buying Dunham's story of his past aggression issues.

“We checked the records for Lamby,” Vazquez told Yahoo Celebrity via email. “He was ‘owner surrendered, not enough time,’ so we do not know where she got ‘multiple owners that abused the dog.’"

Vasquez, who has been in charge of the shelter's dog adoption processes for almost 15 years, “When she adopted the dog from us, it wasn’t crazy,” he continued. “I have pictures of the dog loving on Lena and her mom, which is weird if the dog was abused. It wouldn’t be cuddling with her or be in the bed with her ‘boyfriend’ in the pages of Vogue.”

Vazquez said he was present "the four times Lena visited Lamby" before the adoption was finalized. “If Lamby had a bad past or was abused, do you think BARC would have adopted him to Lena knowing she’s a new star and put her — or the dog — in that situation?” he wrote. “We would have told her if the dog had issues. We are a no-kill shelter. We don’t lie about the dogs’ histories because that gets them returned — and mentally it’s not good for dogs.”

"It’s just hard to believe the dog was nasty when she took Lamby to every green room with her when Girls was still a thing 4 years ago,” he continued.

On Thursday, Dunham said she "can't apologize" for her decision to give Lamby away. "It's come to my attention that the staff at the shelter where I adopted Lamby have a very different account of his early life and behavioral issues than I do," she said in an Instagram post. Dunham called his aggression "unpredictable," which made having the dog an unmanageable. "I did what I thought the best mother would do, which was to give him a life that provided for his specific needs."

Where exactly Dunham would have gotten this alternative history of Lamby is unknown given that BARC would have been the only one to supply any details about his life. Clearly, one of the parties isn't being wholly truthful.

Elsewhere in her Instagram, the actor and director who, remember, started this whole mishegas, struck a Spicer-esque tone, "Why should this story be subject to scrutiny and anger?" she said. "It is willfully misunderstanding the truth." She completed her comments with "I know I'm a lot of fun to place your issues on, but I won't let anyone hang their hat on this peg. Not this time."