Sheila Michaels, champion of "Ms.," changed the world with "two consonants and a period"

As an advocate of the honorific "Ms.," she redefined modern womanhood 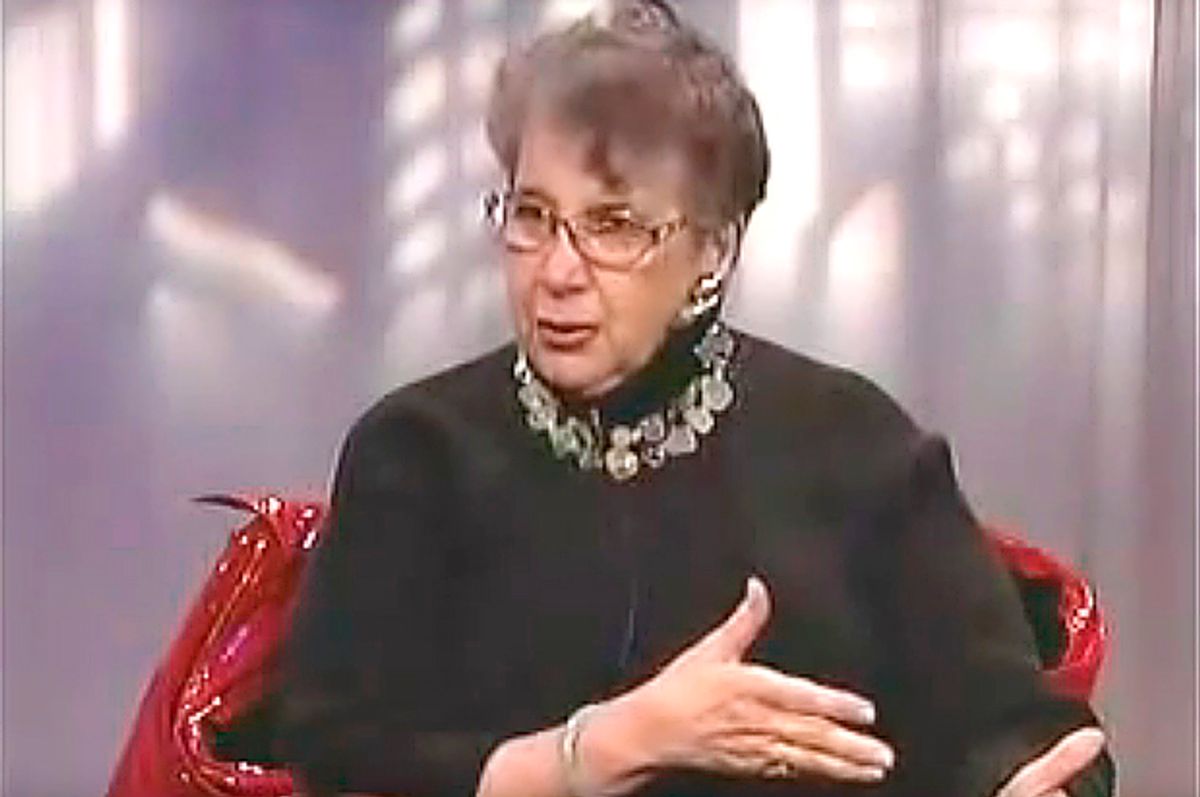 It's the little things. For Sheila Michaels, it was, as her glorious New York Times obituary put it Thursday, "two consonants and a period."

Michaels, who died of acute leukemia late last month at the age of 78, was in her time "a civil-rights organizer, New York cabdriver, technical editor, oral historian and Japanese restaurateur." She is, however, best remembered as woman who popularized the "Ms." form of address.

Michaels leaves behind a corker of an obit — Times writer Margalit Fox recalls her as a woman kicked out of college and disowned by her family for her civil rights work, one whose life was changed one day in the early sixties, when a piece of mail addressed to "Ms. Mari Hamilton" arrived for her roommate.

It was the beginning of a "timid" crusade to bring a little-known, mostly archaic term into popular usage. For a woman who was a teenager when she finally met her biological father, the phrase struck a deep chord. Michaels told The Guardian  10 years ago that she was attracted to the notion of "a title for a woman who did not 'belong' to a man." She continued, "There was no place for me. No one wanted to claim me and I didn't want to be owned. I didn't belong to my father and I didn't want to belong to a husband — someone who could tell me what to do. I had not seen very many marriages I'd want to emulate. The whole idea came to me in a couple of hours. Tops."

But it took considerably longer for the idea to catch on. Michaels recalled to The Guardian, "It was terribly frustrating, because no one wanted to hear about it. There was no feminist movement in 1961, and so no one to listen. I couldn't just go ahead and call myself Ms. without spending every hour of every day explaining myself and being laughed at, to boot. I had to learn to be brave." Even the launch of Ms. magazine a decade later did little to move the linguistic needle into wide usage.

My father left before I was born, but my mother clung to his name my entire childhood — until she married again and took another man's last name. Being Mrs. Williams gave her a certain value and respectability in our community, an illusion of a masculine presence where there was none. I understand that.

Yet I remember watching the original Norman Lear classic "One Day at a Time" as a child, and being utterly transfixed at the way Pat Harrington Jr.'s Schneider addressed the sitcom's fictional single mother. Her daughters may have been Coopers, but Ann was always "Miz Romano." And in that "Miz" I heard my not just my future my immediate present. Like Sheila Michaels, like Ann Romano, I didn't want to be known as either a child or a wife.

Taking a cue from a lot of other girls of my era, I started writing in "Ms." as my preferred title before many places even officially accepted it as an option. The New York Times itself didn't formally adopt it until 1986, when it conceded that "'Ms.' has become a part of the language," even while stating, "The Times will continue to use 'Miss' or 'Mrs.' when it knows the marital status of a woman in the news, unless she prefers 'Ms.'"

Even now, "Miss" and "Mrs." — and the promise of a legitimizing transformation from one status to the other — still hold a powerful appeal. Wander into any space where there's a bachelorette event in progress, or pursue the wedding decor possibilities on Pinterest sometime, and you'll see that "Mrs." still ranks high as a female goal. There's no immediate danger of "Ms." becoming the sole means of defining a woman.

But "Ms." has over the years nevertheless become more accepted as a legitimate form of address, because it's a natural outgrowth of the changing nature of marriage. The triumph of "Ms." is its practicality. It's not just an easy option for any female who prefers not to be defined by her marital status, it's a logical choice for those outside the most traditional of roles. When two women are married to each other, one is not necessarily the "Mrs." of the other. And straight women who don't share their husbands' names are likewise neither the unwed "Miss" nor the "Mrs." in a man's family nomenclature. When I was recently introduced at a speaking engagement as "Mrs. Williams," the honorific wasn't just old-fashioned, it was straight up inaccurate.

We are advised daily by our helpful friends on Twitter and in the media, and over endless debates at the dinner table, about what is "really" important and what constitutes a "distraction." We are chastised over what we should be paying attention to and what by default doesn't matter. Is it any wonder then that after over 50 years of fighting for equal pay and reproductive rights and marriage equality and lady Ghostbusters and the myriad other issues that feminism has — often divisively — stood for, the checkbox next to our names has seemed somehow less urgent?

Yet, I can't for the life of me imagine who I would have become, who I would now be, had I not latched on so early to my identity as a "Ms." I can't imagine who any of us would be, were our options still strictly maidens and wives.

Like me, my teen daughters currently choose to punctuate their own names with "Ms." But if one day they choose another address, I'll happily support them. The point of "Ms." was never that we remove ourselves from the context of our families; it's instead that we women get to decide for ourselves where our marital status figures in our public lives and our mailing labels. That's not trivial.

That's the legacy of Sheila Michaels. It's two consonants and a period. It's the whole world of possibilities.