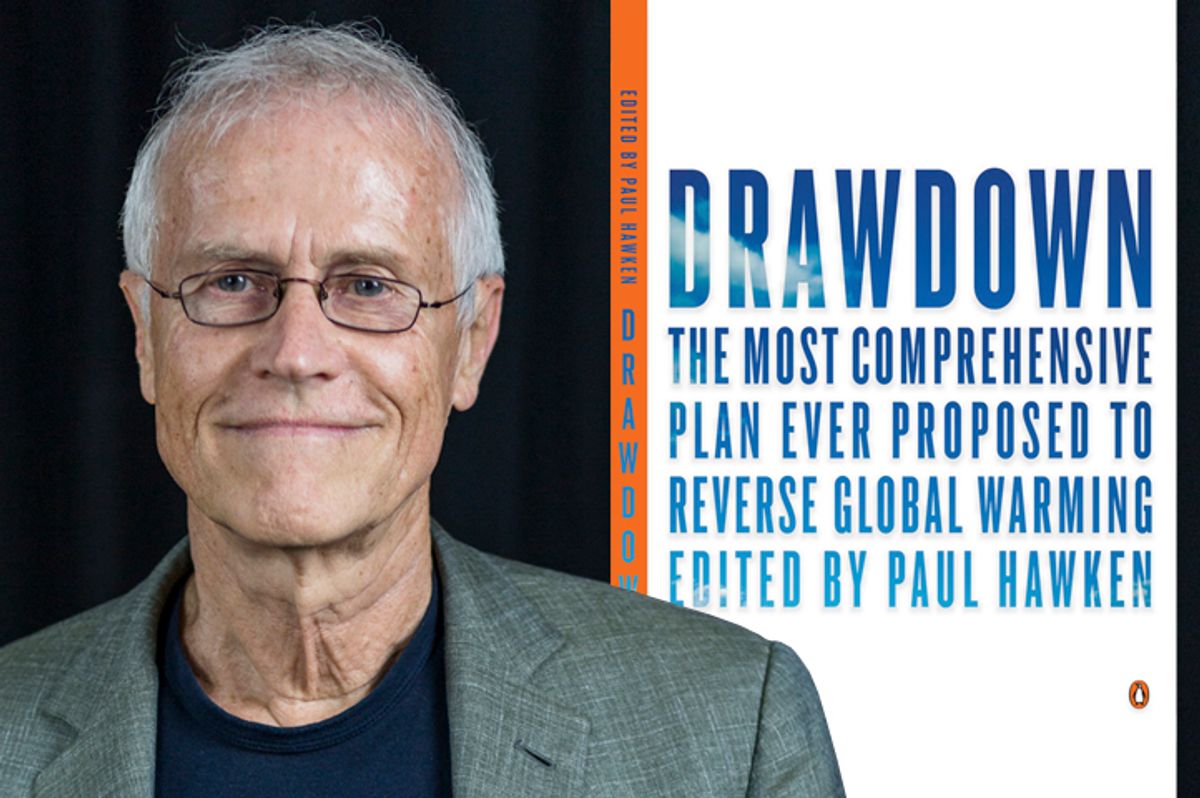 Many people feel that climate change is the greatest challenge and threat ever faced by human civilization, but even before Donald Trump — who once claimed climate change was a Chinese hoax — became president, the segment of the population that does not "believe" in climate change has been vocal and growing.

Despite the fact that public awareness of the issue is at an all-time high, Paul Hawken — an environmentalist, entrepreneur, writer, and founder of natural foods pioneer Erewhon Trading Company — argues that the outright denial on one side is unmatched by slow scientific progress on the other.

In his new clear and thoroughly-researched book "Drawdown: The Most Comprehensive Plan Ever Proposed to Reverse Global Warming," Hawken outlines 100 substantive solutions to reverse global warming. He appeared on a recent episode of "Salon Talks" to discuss the dangers of fear-based education around climate change.

Why do you think it's bad to "believe" in climate change?

People who listen to me are very involved with climate, and I'll ask them, "How many people here don't believe in global warming and climate science, raise your hand?" And nobody will raise their hand. And what I say is you all should have raised your hand, because science is not a belief system, it's evidentiary. So what has happened [is that] that question "do you believe?" is planted by the Republicans, so it made people who were literate in the science look like believers, and it made Republican deniers look like [the] objective people in the room. Like, "We're not into belief, we're objective people. We just don't think the science is adequate."

Deniers believe that the Holocene period of climatic stability for the last 10,000 years will persist indefinitely, and there's not one scientific, peer-reviewed paper to support that belief, because it's not true. We shouldn't use the word "believe." It's a lack of awareness. I feel like when you know the science, you know where you stand, and that's a good thing.

How are activists using fear to force change, and is it working?

I feel like the communication of the science has been very much about fear — about threat and gloom and doom. And the climate activists, NGOs, have often used fear as a basis to raise money. And I feel like fear is not a good way to act in the world — out of fear — and it always redounds against you and others. And so, for me, I actually welcome the science, because it's feedback from the system we call Earth, and specifically the atmosphere — and any system that doesn't pay attention to its feedback fails.

Watch to learn more about climate science and the plan to reverse global warming.