Ivanka filled in for President Trump on Saturday, sitting in with world leaders as if she was next in line 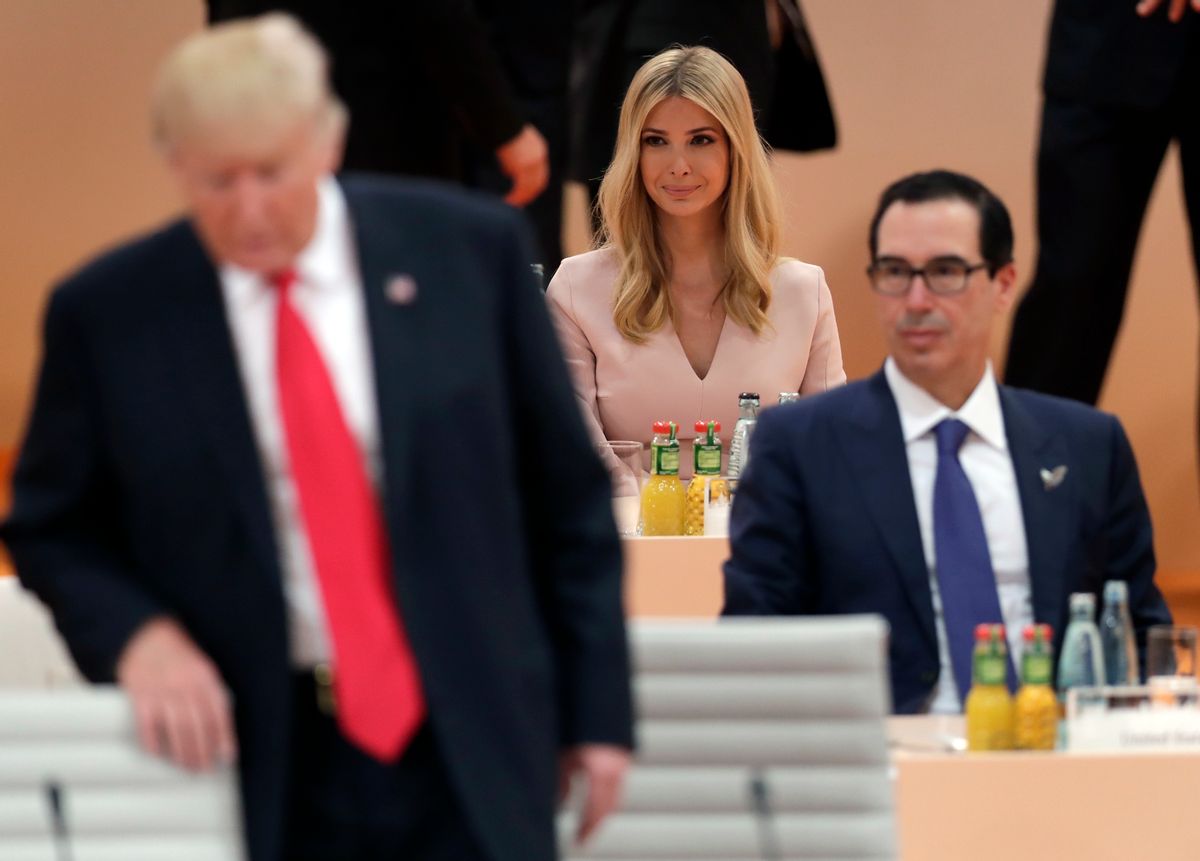 Ivanka Trump, the daughter of the U.S. president who said earlier this year that she tries to "stay out of politics," sat in with world leaders at the G-20 summit on Saturday after her father left the negotiating table.

A now-deleted picture posted on social media by a Russian official showed Ivanka sitting next to Chinese President Xi and U.K. Prime Minister Theresa May.

The leaders were having a bilateral discussion on trade when Ivanka and her father made the switch.

The move drew backlash back at home as Americans found it unusual that the president's daughter would have such a high seat the table. While Ivanka is a White House senior official, there were other, more senior members of the Trump administration in Hamburg who could have filled the seat.

"Ivanka was sitting the back and then briefly joined the main table when the President had to step out and the President of the World Bank started talking" about an initiative that Ivanka was a part of," the White House official said.

"When other leaders stepped out, their seats were also briefly filled by others," the official added.

Last month, Ivanka told Fox News' Ainsley Earhardt in an interview that her role in the White House isn't too focused on politics.

"You know, I try to stay out of politics," she said at the time.

Ivanka's brother, Donald Trump Jr., was quick to defend his sister on Twitter.