Staggering right-wing hypocrisy: America is not going to "come together" under GOP politics of division 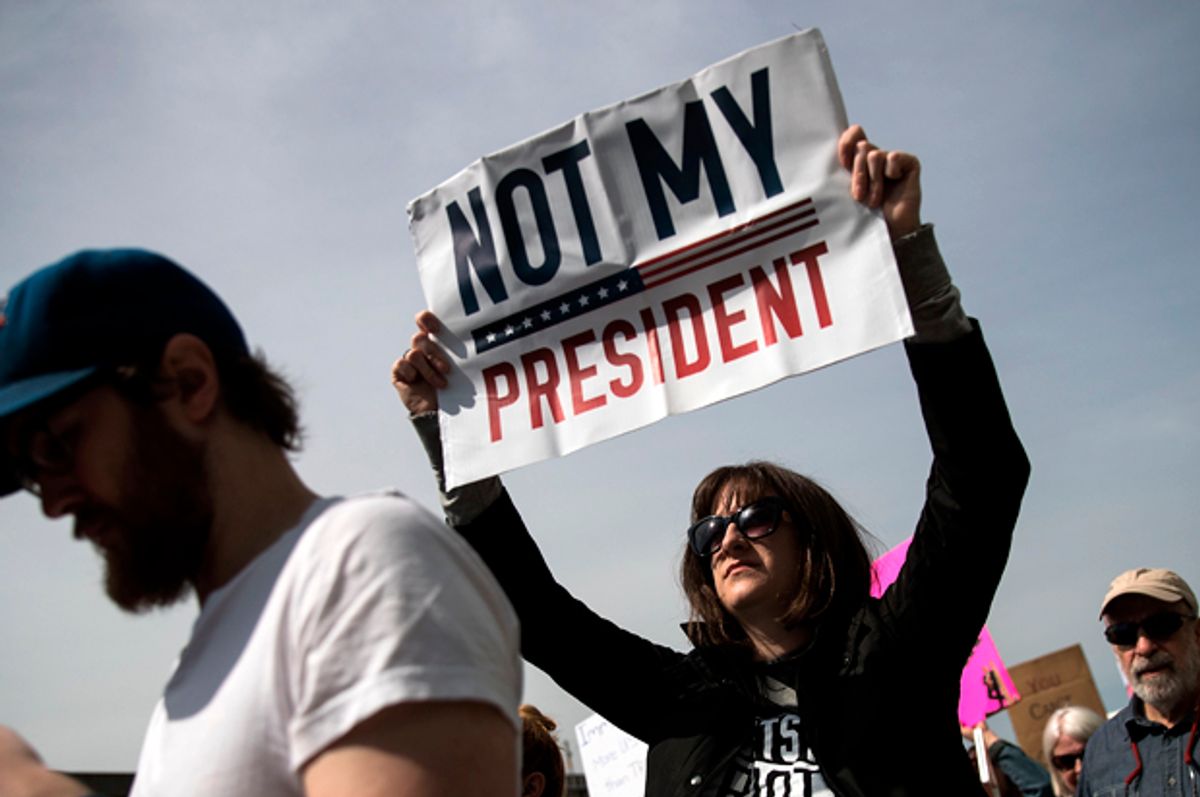 There is a large group of Americans insensitive to human crisis and tragedy -- such as developmentally disabled and mentally ill people losing their health care due to Medicaid cuts -- but who are, at the same time, grotesquely sentimental about abstract platitudes without any real meaning.

In the immediate aftermath of the attempted murder of Rep. Steve Scalise, an endless parade of pundits and politicians declared the need and intention of America to “come together.” Chuck Todd, in full moralizing mode, opined that the season of unity would not last long. “Washington isn’t going to tone down the rhetoric,” he predicted.

A few days later, Joy Reid, on the same network as Todd, asked her panel how thoughtful Americans should proceed in analysis of Scalise. Certainly, everyone humane and decent should hope for a complete and quick recovery, but does the sincere wish for good health preclude acknowledgment of Scalise’s hideous political record?

Scalise has admitted that he attended and spoke at a 2002 rally for the European-American Unity and Rights Organization, a white supremacist gaggle with sponsorship from such luminaries as David Duke. As a congressman, Scalise receives a zero rating from the Human Rights Campaign on LGBT issues. The Blade has identified him as one of the most anti-gay officials in the United States government.

Reid could not help observing the irony that Scalise’s life was saved not by some Aryan mouth breather, but by the heroic and valiant efforts of a black lesbian.

Condemnation of Reid soon followed. Howard Kurtz of Fox News called Reid’s remarks appalling. Breitbart and other right-wing publications suggested she lose her television program, and in the words of a Mediaite report, large numbers of Twitter users “roundly criticized her inexcusable comments.”

The story demonstrates exactly how calls for unity have become hollow, knee-jerk and counterproductive. Meanwhile, attempts at highbrow examination of “political polarization” always treat the problem as a grand mystery of the universe, while ignoring the most obvious questions.

How are LGBT people supposed to unify with homophobes who see them as immoral or insane? How should black people unite with white supremacists? What collaborative opportunities exist for Mexicans and Muslims with nativists who do not want them in the country?

Jesse Jackson once explained that unity is only as good as the vision of unification. “In the land of the blind, everyone unites around the man with one eye,” he said.

The right wing, in the name of “coming together,” have now humbly requested that their political opponents cut out their own eyes. Recently, the Atlantic asked, “What is the solution to political polarization in the US?”

Such a shortsighted inquiry erases key elements from American life, and adopts the pathetic posture of false equivalence. The left and the right are not equally responsible for political polarization. There is no Democrat with the power and prominence of President Donald Trump who regularly debases and demeans his critics, there is no liberal version of the birther movement, and for all the pitiful cries of persecution from Christian conservatives, no left-leaning figure of repute has issued a call for a “complete and total shutdown” – as opposed to complete and partial – on Christian immigration.

Rep. Chris Collins, R-N.Y., offered the hope that “Democrats tone down the rhetoric” after Scalise’s shooting, while Rep. Steve King of Iowa expressed concern over how the political “center is disappearing.” King, perhaps to display the compromise and communal values he cherishes, recently declared that “other people’s babies cannot restore our civilization.”

The “Whites Only” sign on the restaurant door creates unity inside, but the people banished from entry might object. When they do, the crisis is not “polarization,” and the solution is not to “tone down the rhetoric.”

Polls and research continually illustrate that it is resistance to genuine unity that motivates the majority of Trump voters – opposition to immigration, hostility toward Muslims, resentment of black progress. What Martin Luther King called “beloved community” is impossible under conditions of exploitation and exclusion. Any unity that exists under the umbrella of injustice is worthy of fracture. It is harmful to pretend that “both sides of the aisle,” as the boring expression goes, need to unify when one side — through the policies it advances and the positions it advocates — is politically committed to disunion.

The late Christopher Hitchens once advised readers to “look for encouraging signs of polarization and division.” It is healthy that Americans filled the streets after Trump’s inauguration to protest his disrespectful actions, and planned policies, against women’s autonomy. The sight of Americans filling airports to oppose an immigration ban on Muslims and refugees was an occasion for joy. All American progress is the result of edifying division. The civil rights movement was divisive, as were the campaigns for women’s rights, gay rights and workers' rights.

Cynical right-wing demands for unity rest on a predicate of silence, and expect docile acceptance of substandard roles of citizenship.

The final nail in the coffin in calls for unity from Republicans is reaction to their monstrous health care bill. Only 17 percent of Americans approve of demolishing the medicinal treatment options for the poor, sick and disabled. It would appear that the country is united in opposition to the GOP health care plan, yet Donald Trump, Paul Ryan and all the right-wing arsonists continue to press for it. Republicans, with their cruel indifference to human welfare, have managed to “bring together” 83 percent of the country. They don’t seem to care.