Tension high in Charlottesville, Virginia where KKK marchers were met by protestors 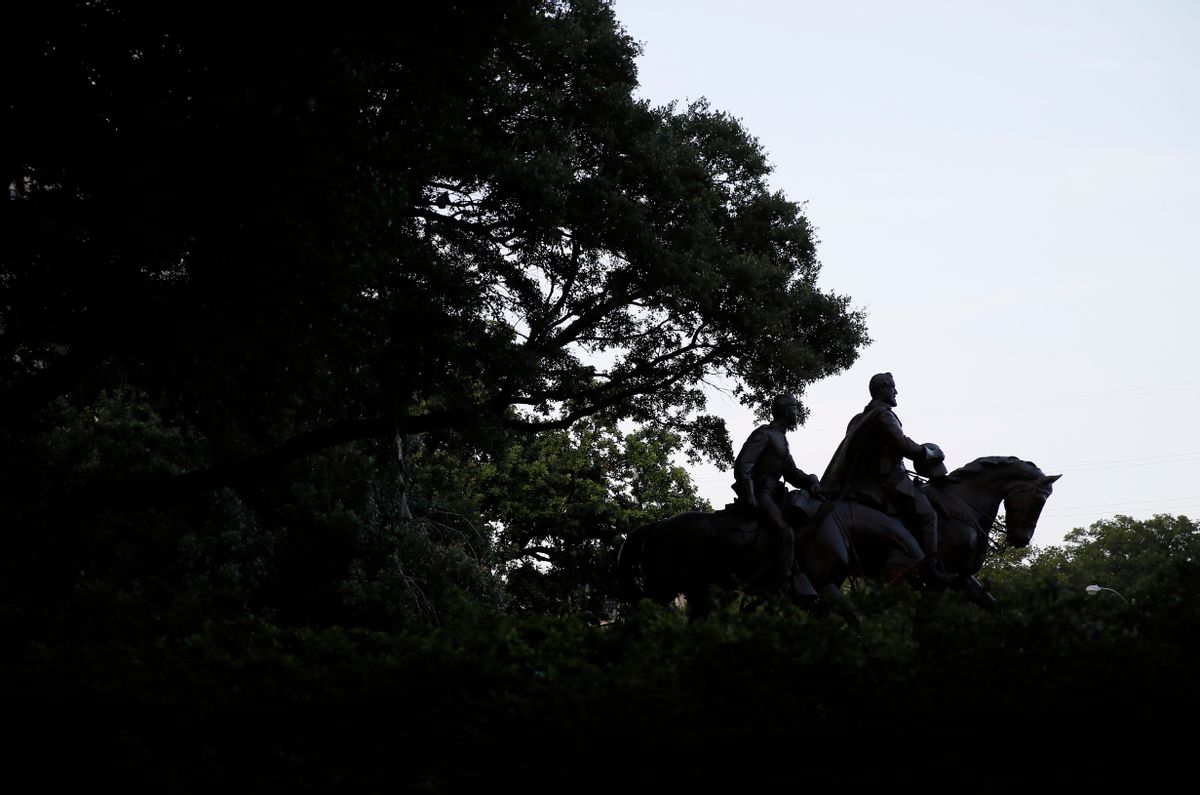 The Klu Klux Klan was outnumbered in Charlottesville, Virginia Saturday for its scheduled rally protesting the city's recent decision to remove a statute of Confederate Gen. Robert E. Lee from a public park.

Unconfirmed reports indicated that roughy 50 KKK members, dressed in their typical white robes, showed up for the planned march, while hundreds of anti-white supremacist protestors showed up to greet the hate group.

Protestors formed a wall in Emancipation Park, formerly called Lee Park after the confederate general, to block the march's route. Police were forced to arrest protestors who refused to leave the area.

Onlookers cheered on the protestors as they were escorted out in handcuffs.

The KKK were finally able to get to their designated area after the commotion died down.

The city of Charlottesville was on high alert Saturday in preparation for the rally. Members of the KKK told The Washington Post that they planned to attend the event armed in case there was a confrontation.

“The liberals are taking away our heritage,” James Moore, a member of the Loyal White Knights of the Ku Klux Klan, told The Post. “By taking these monuments away, that’s what they’re working on. They’re trying to erase the white culture right out of the history books.”

“Our approach all the way through, from our police chief on down, has been to urge people not to take this totally discredited fringe organization’s putrid bait at all,” Signer told The Post. “The only thing they seem to want is division and confrontation and a twisted kind of celebrity. The most successful defiance will be to refuse to take their bait and continue to tell our story. Then their memory of Charlottesville will be of a community that repudiated them by not getting drawn into their pathetic drama.”