WATCH: The science of being awkward — and why that's "awesome" 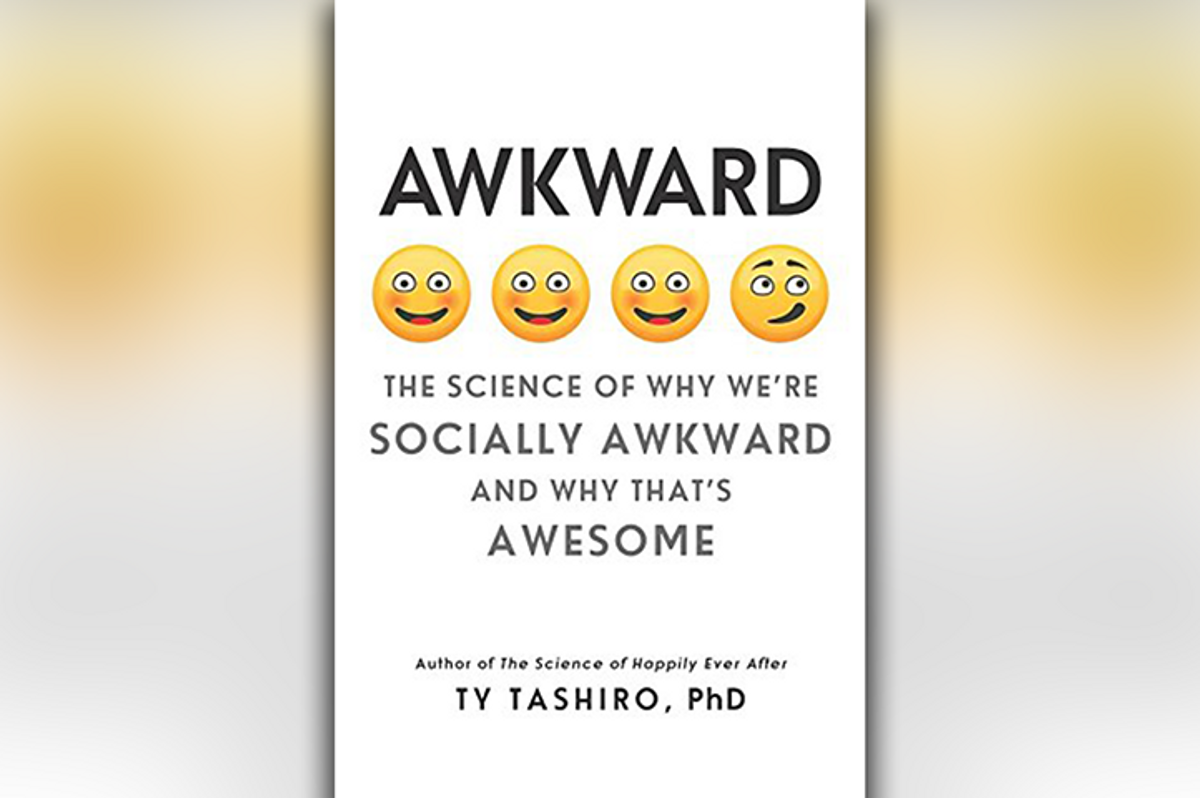 We all have times where things get a little weird, but for those of us whose lives include a more regular wince factor, there's good news. In his new book "Awkward: The Science of Why We're Socially Awkward & Why that's Awesome"  author Ty Tashiro says the less than smooth actually have a social advantage — and that their ranks keep growing.

In a recent episode of "Salon Talks," Tashiro discussed what's so great about being uncomfortable.

What does it mean to be "awkward," anyway?

The way I like to start is to go back to the root, an old Norse word öfugr that means "facing a different direction." I love that definition because it says, "This is why awkward people might miss certain social  cues or social expectations." But it also says that they're looking at the world in a unique way and maybe they're seeing something cool, and that could be useful or productive down the road.

On writing about his own awkwardness:

I'm a pretty private person in my everyday life and when I got done writing the book and turned it in . . . I was actually surprised that I had been that frank about my awkwardness. Some of the stories of my childhood I had actually forgotten.

On why it's good to be awkward:

Awkward people are super enthusiastic. It's actually psychologically one of the ways they're wired. They're really passionate. Sometimes, we need to rein it in and we need to say, okay, take it easy.

When I hear people say, "Fear's not real," no, fear is there for a good reason. If you're awkward, it can actually be positive in the long run because that fear . . . might lead you to think more critically about what to do in this social situation to handle it well.

Watch more of Tashiro on the science of awkwardness, and how being a little awkward can make you a more thoughtful person.