Have you ever tried a fad diet to lose weight? Here's why it didn't work

No matter how much we might wish it, there's no magic bullet to quickly and easily lose weight and keep it off 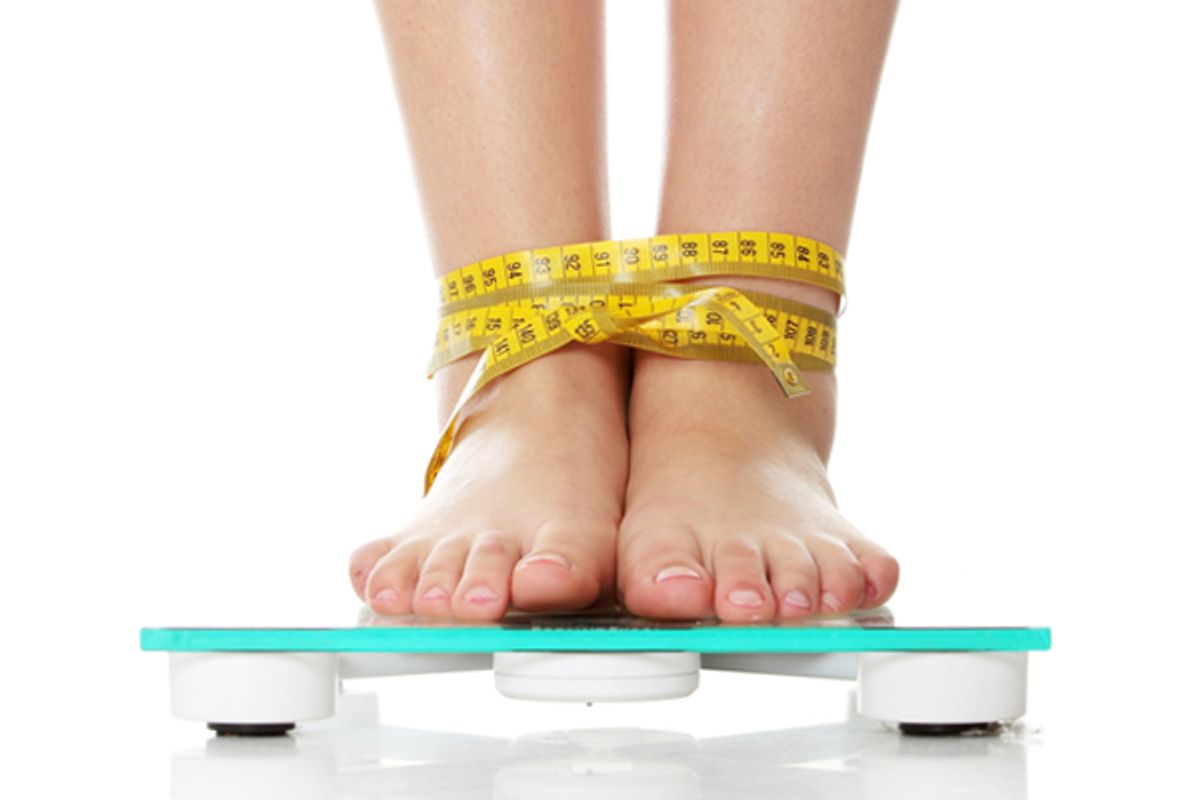 It's tempting to think that, by rearranging your entire diet, you could quickly lose weight and keep it off. All you need to do is eat right for your blood type, or give up carbs, or eat like a Paleolithic human, or eat only raw foods, and so on, and you will be thin before you know it. At least, that's what fad diets promise.

Melinda Hemmelgarn, a Registered Dietitian and investigative nutritionist, who hosts Food Sleuth Radio, distinguishes between "fad" diets and what she calls "popular" diets. A fad diet "generally promises quick and easy weight loss but comes up short on quality." They may lack certain nutrients, and could even be dangerous. She adds that they are "notoriously difficult to follow."

She specifies that the Mediterranean and DASH diets are not fads. They are both popular but they are also "effective for maintaining health for the general population" and "relatively easy to follow if you have access to healthy foods." The Mediterranean diet calls for eating like people who live in the Mediterranean — high in vegetables and olive oil and only moderate in animal protein, and the DASH diet stands for Dietary Approaches to Stop Hypertension. It calls for a low sodium diet with plenty of fresh fruits and vegetables and low fat dairy plus moderate amounts of whole grains, fish, poultry, and nuts.

When U.S. News and World Reports asked health experts to rank 38 different diets overall, DASH and Mediterranean came in first and second, respectively. The experts considered whether they were "easy to follow, nutritious, safe, effective for weight loss and protective against diabetes and heart disease."

While a few of those that did poorly overall actually ranked well for promoting weight loss (raw food ranked fifth and Atkins came in twelfth), the Paleo diet came in dead last for weight loss. If that isn't enough bad news about the Paleo diet, archaeological scientist Christina Warinner, says that the foods called for by the diet are not even what ancient human ancestors actually ate.

Hemmelgarn adds that some diets can be clinically indicated for certain patients but may be fad diets if others adopt them. She includes gluten-free in this category. For many, eschewing gluten is no fad. If you have celiac disease, an autoimmune disease in which you become ill from eating even the smallest amount of gluten, a protein found in wheat and some other grains, going gluten-free is an important matter of staying healthy. But if your body tolerates gluten just fine and you decide to give it up, that can be a fad.

The same can be said for the ketogenic diet, a low carb diet that calls for eating whole foods and avoiding processed foods. The name "ketogenic" refers to "ketosis." Normally, your body gets its fuel by turning the carbohydrates you eat into glycogen and using glycogen as its energy source. If you do not eat carbs, then your body must turn elsewhere for fuel. It turns fat into molecules called ketones and the ketones serve as the body's fuel. When your body does this, it is in ketosis.

By avoiding carbohydrates in the diet, people on the ketogenic diet cause their bodies to go into ketosis. While this sounds like a weight loss scheme, the ketogenic diet is actually often recommended to epilepsy patients to help manage their epilepsy. According to Hemmelgarn, ketogenic diets "should be followed under the guidance of a Registered Dietitian who is proficient in working with them. They are hard to follow. They are generally effective in weight loss, but most people who follow these kinds of diets generally gain the weight back once they start eating higher carbohydrate levels."

Registered Dietitian Nutritionist Amanda Bullat adds that while she'd support any patient following a ketogenic diet for clinically indicated reasons, research is not conclusive about whether it is a good diet if your only goal is weight loss. In particular, she worries that a high protein, high fat diet could be taxing to the kidneys and liver.

Both the ketogenic and the paleo diets call for eliminating all grains and legumes from the diet. Bullat comments on this, saying, "for myself and my clients, when we cut a carbohydrate coming from whole grains and legumes pretty significantly, we start having some mood issues and start being kind of lethargic. It's not to say that I think people should necessarily eat as much bread and pasta as they want," she qualifies. "Having small amounts of whole grains, having small amounts of legumes, you're getting your nutrients from those whole foods and then you're not having to be on a B complex vitamin."

But Bullat takes an even larger perspective of fad diets. Rather than nitpicking the particular details of each individual diet, she questions the idea of going on a diet in the first place. Bullat approaches nutrition from a "Health At Every Size" perspective. That means turning the idea of diets on its head. If you've tried ten diets to lose weight and you have not lost weight, you might say, "I failed." The Health At Every Size approach says that the dieter did not fail; the diets failed.

Bullat explains, saying "The science shows that across the board, no matter what diet people are put on in the study, in the long term, that way of eating will not help them promote weight loss." If you try a diet and fail to lose weight, or lose weight and then gain it back, "the studies show that you're not the only one. Therefore that shows that the physiology aspect of the diet shows that it's not possible to lose the weight off of that diet."

Using this approach, analyzing individual fad diets becomes more or less meaningless. Bullat coaches patients to be intuitive eaters who can listen to their bodies' cues so that they eat when they are hungry and stop when they are full, and by eating foods that make their bodies feel healthy. This is basically the exact opposite of following a complicated diet plan that promises weight loss while attempting to ignore your body's own signals.

In other words, no matter how much we might wish it, there's no magic bullet to quickly and easily lose weight and keep it off - but there are ways to adopt new long term dietary habits to promote health and weight loss, whether it is through intuitive eating or a more prescriptive diet plan such as the Mediterranean diet.