And after all that, Daniel Craig will probably play Bond again 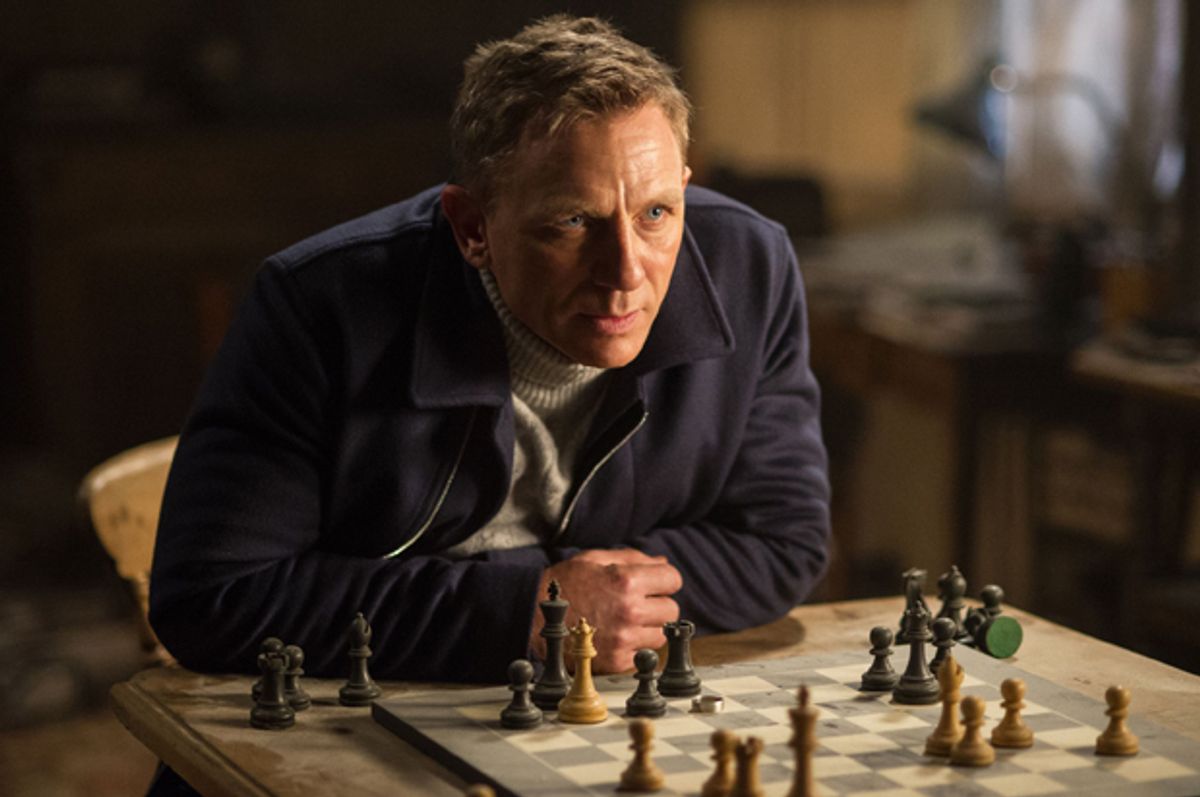 Yes, it appears that after approximately two years of refusals and curmudgeonly griping, actor Daniel Craig will return to the role of super-spy James Bond in the 25th movie in that long-running action franchise.

According to a report by The Daily Mirror, the 49-year-old British actor has been "secured" by producer Barbara Broccoli for a forthcoming film that would mark his fifth turn as Ian Fleming's legendary MI6 agent. While Craig and the producers of the film have no comment on article from the only somewhat dependable British tabloid, there has been no denial either and most industry trades and mainstream sources are now echoing its findings.

If the Mirror's report hold true, it would be a remarkable turnaround for the actor who, following 2015's critically underwhelming "Spectre," suggested that if he reprised his role it would, "only be for the money." In that same interview for Time Out London, Craig also said about returning to Bond:  "Now? I’d rather break this glass and slash my wrists. No, not at the moment. Not at all. That’s fine. I’m over it at the moment. We’re done. All I want to do is move on." He went on to give advice to the next actor to fill the role despite the fact that he didn't, "give a fuck."

Then again, along with constant gripes and "no comments" from Craig, there have been signs that the most profitable of all the Bonds would return. Saying he'd miss the role late last year, the actor added "I love this job. I get a massive kick out of it. And, if I can keep getting a kick out of it, I will."

The Mirror report also suggests that Adele, who sang the theme song for 2012's "Skyfall" would also contribute title music for the film which is rumored to begin production early next year.

Other, perhaps overly optimistic, rumors have "Dark Knight" and "Dunkirk" director Christopher Nolan slated to take over from Sam Mendes who helmed the last two Bond films. As Nolan told Playboy: "I've spoken to the producers Barbara Broccoli and Michael G Wilson over the years. I deeply love the character, and I'm always excited to see what they do with it. Maybe one day that would work out."

Following the release of "Spectre" — which fell short of expectations after the highly profitable, highly praised "Skyfall" — and Craig's comments, there was renewed speculation about who would replace the actor and become seventh man to play Bond in the franchise. The names of Idris Elba, Tom Hardy, Tom Hiddleston and others frequently surfaced in online chatter without any substantiation from actors or producers.