HBO gives George R.R. Martin yet another reason not to write the next "Game of Thrones" book 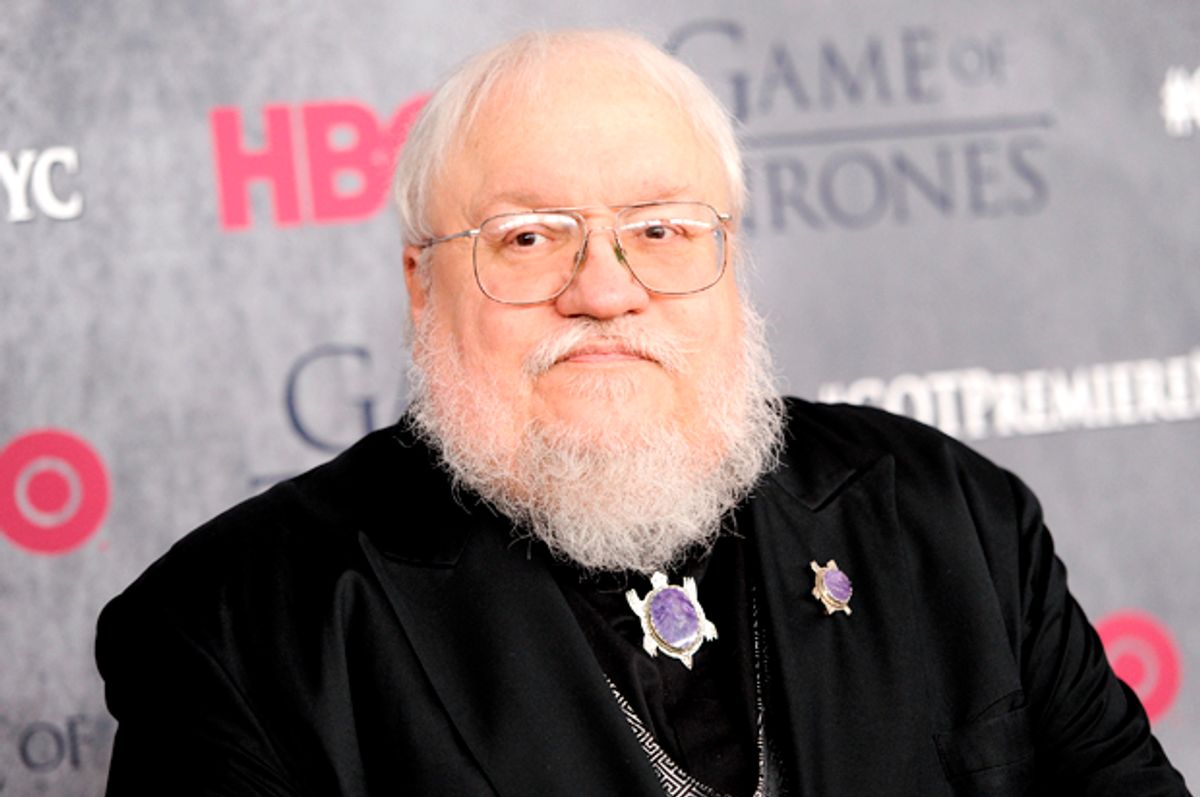 George R.R. Martin has been busy lately — and no, its not because he's writing the sixth installment of his series, "A Song of Ice and Fire."

Among his many distractions like working on new series and even a Game of Thrones prequel spin-off, Martin has taken on a new project: another HBO series.

Martin is attached as the executive producer of HBO's latest adaption series based on Nnedi Okorafor's novel "Who Fears Death." The story follows the life of a Onyesonwu, the daughter of the enslaved Okeke tribe in a post-apocalyptic Africa. As she grows older, Onyesonwu, whose name translates to “Who fears death?” discovers her destiny to end the genocide of her people while being targeted by powerful forces trying to stop her.

Okorafor took to Twitter to share the news, telling her followers, “My novel WHO FEARS DEATH has been optioned by @HBO & is now in early development as a TV series with George RR Martin as executive producer.”

To the dismay of  his fans, Martin hasn't produced any new pages for “Winds of Winter” — the sixth part of the hit "A Song of Ice and Fire" series that inspired the HBO series "Game of Thrones"

Indeed, in May, Martin= announced he would be working on the SyFy series, "Nightflyers." This distraction — a series about aliens and the Earth's inevitable destruction — will be produced by Doug Liman, known for his work on the “Bourne” movies and “Edge of Tomorrow.”

In addition to working on the two television shows, Martin is focused on creating digests for the associated stories of  “A Song of Ice and Fire” and blogging his science-fiction heart away. "Winds of Winter"? Not so much.