How the tragic story of Sergei Magnitsky led to Donald Trump Jr.'s fateful encounter with a Kremlin-friendly lawyer 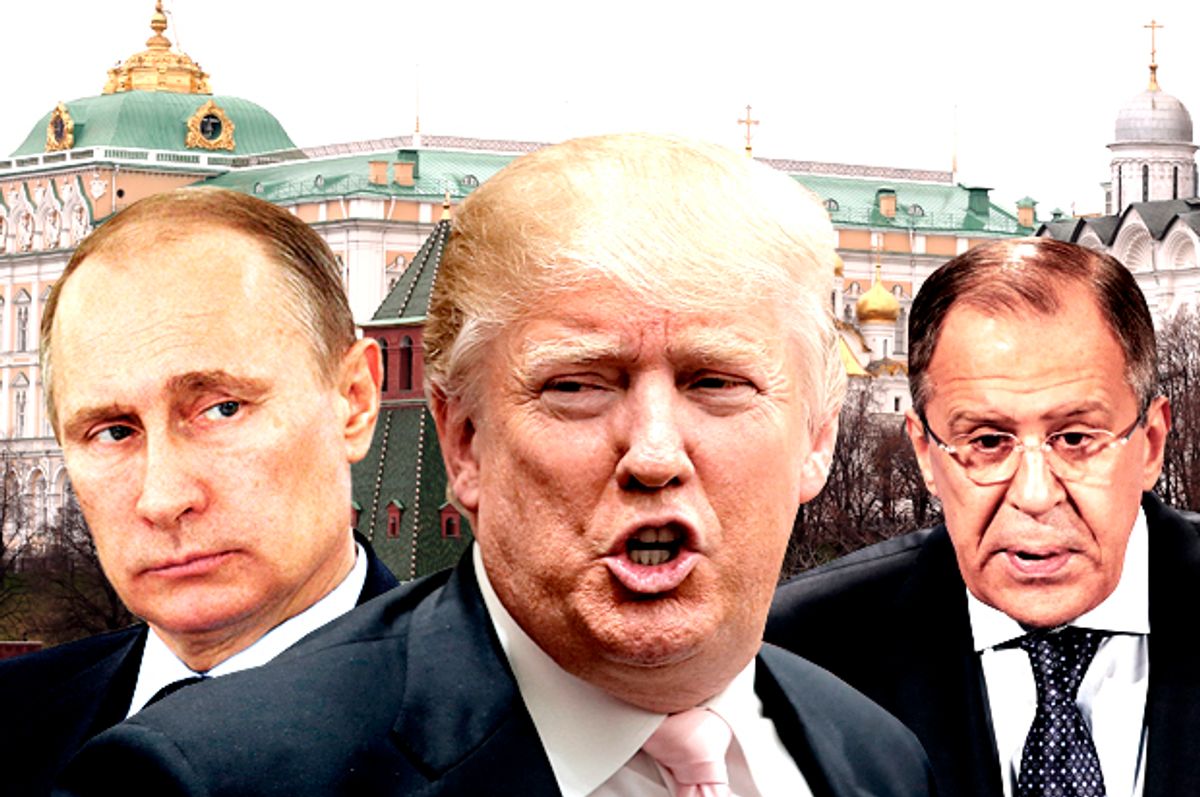 A lawyer and whistleblower named Sergei Magnitsky spent 358 days in one of the most notoriously deadly Russian prisons, where he was tortured and eventually died from untreated internal ailments, including pancreatitis, as well as injuries from routine torture incurred at the hands of Russian law enforcement.

Throughout his harrowing incarceration, Magnitsky provided a detailed narrative of his abuse in prison, covered in 450 letters. His stomach-churning story eventually led to a bipartisan American law passed in 2012 known as the Sergei Magnitsky Rule of Law Accountability Act of 2012, which applied hard-hitting sanctions against a roster of Russian officials linked to a $230 million kleptocratic tax fraud scandal Magnitsky was endeavoring to uncover. After last year’s election, President Barack Obama signed a second law, the Global Magnitsky Human Rights Accountability Act, extending the original law to apply to any foreign person found to have links to human rights abuses similar to those inflicted upon Magnitsky.

Russia’s response was typically, well, Russian. The Kremlin blacklisted a menu of American officials, while restricting the adoption of Russian babies by American couples. One of the blacklisted officials, oddly enough, was a prosecutor who’s more than familiar to anyone who’s been following the increasingly breathtaking Trump-Russia scandal: Preet Bharara, the former U.S. attorney from the Southern District of New York. Among myriad other probes, Bharara was said to have been investigating the Trump Organization’s links to Russian money laundering. He was suddenly and personally fired by President Trump after having apparently been assured by Trump himself, during the transition, that he’d be allowed to remain at his post.

According to a Saturday evening article in the New York Times, Donald Trump Jr., Jared Kushner and former Trump campaign chairman Paul Manafort apparently met in Trump Tower last June with a Russian lawyer with “connections to the Kremlin” named Natalia Veselnitskaya. Before we continue, it’s crucial to note that both Trump Jr. and Kushner confirmed the meeting with Veselnitskaya to the Times. Likewise, Manafort confirmed his participation in the meeting. Manafort also confirmed that Trump Jr. spearheaded it. (In other words, this isn’t “fake news.”) Not insignificantly, Bharara was responsible for pursuing Veselnitskaya’s client, Preveson Holdings, a company linked to the $230 million scam Magnitsky was exposing. The case was settled for $6 million.

Veselnitskaya, the Times reported, is a vocal opponent of the Magnitsky Act and, for her part, told the Times that “the meeting lasted about 30 minutes and focused on the Magnitsky Act and the adoption issue.” Trump Jr. also explained that the meeting was “primarily about an adoption program.” (Keep reading -- there’s much more to this explanation.) So it seems more than obvious that the discussion had to do with Veselnitskaya conveying a message to the then-presumptive Republican nominee for president that either the Kremlin wanted the Magnitsky Act fully repealed or sanctions lifted from Russian officials impacted by the law or both.

Not only is this highly suggestive of collusion between Trump’s inner circle and the Kremlin, it could also represent the first real journalistic evidence of a possible quid pro quo arrangement between Trump and Russian President Vladimir Putin. Specifically, the lifting of sanctions imposed by the Magnitsky Act could be seen as a partial payment to Russia for helping Trump during the campaign, either politically or financially or both.

But wait. Hang onto your hats. There’s more.

A second New York Times story dropped on Sunday, lending an almost cataclysmic detail to the meeting between Donald Trump Jr., Kushner, Manafort and Veselnitskaya. The Times reported that Trump Jr. convened the June 9, 2016 meeting after Veselnitskaya informed him that she had damaging information about Hillary Clinton. The following paragraph ought to send chills down your spine:

The meeting — at Trump Tower on June 9, 2016, two weeks after Donald J. Trump clinched the Republican nomination — points to the central question in federal investigations of the Kremlin’s meddling in the presidential election: whether the Trump campaign colluded with the Russians. The accounts of the meeting represent the first public indication that at least some in the campaign were willing to accept Russian help.

The Times added that it’s unclear whether Veselnitskaya handed over the opposition research on Clinton, but “the people interviewed by The Times about the meeting said the expectation was that she would do so.”

This is collusion. Hands down. It appeared more than obvious following the initial Times story on Saturday, but now, with Sunday’s pulse-pounding article, it seems blindingly clear that the meeting was at least intended to be either an offer or a negotiation: Give the Trump campaign Russian-sourced dirt on Hillary Clinton in exchange for the lifting of sanctions outlined in the Magnitsky Act and beyond.

Adding to the profoundly urgent nature of this news, we learned that during their summit in Hamburg, President Trump agreed to form a joint task force on cybersecurity with Putin. To overstate the obvious here, this would be like the George W. Bush administration entering into a joint task force on airport security with Osama bin Laden. Worse, Trump continues to deny or dispute that there was any collusion at all, while accepting Putin’s word over the word of former President Obama, countless former and current government officials, and the entire U.S. intelligence community.

Incidentally, Trump has repeatedly insisted that only four intelligence agencies agreed that Russia hijacked the 2016 election, when in fact the Oct. 7, 2016, assessment by the director of national intelligence represented the analysis of the entire U.S. intelligence community. In fact, the report began with these words: “The U.S. Intelligence Community (USIC) is confident that the Russian Government directed the recent compromises of e-mails from US persons and institutions, including from US political organizations.” Then again, words have no meaning in the age of Trump.

Making matters even more desperate, it appears as though the Russian government is attempting to compromise our nuclear energy facilities.

Ultimately, there is no doubt that we were attacked, and based on the words of James Comey and others, it appears the attack will continue and worsen as time rolls on. Yet we have a president who not only accepts Putin’s explanation, but who may have cooperated with Putin in that sinister enterprise. Simply put: American democracy is under severe threat and the president seems to be acting almost as an enemy combatant, openly hostile to anyone who’s sounding the alarm about the increasingly treacherous Russian crisis.

It can’t be stressed enough that any and all legal and constitutional mechanisms for thwarting Trump’s continuing efforts must be triggered by the proper authorities, be they members of Congress, the Justice Department or the special counsel. The future of American sovereignty is hanging in the balance and we can no longer rely on the White House for aid.