Pure Flix donates $25,000 to rebuild a monument destroyed by a man who claims to be "legally insane" 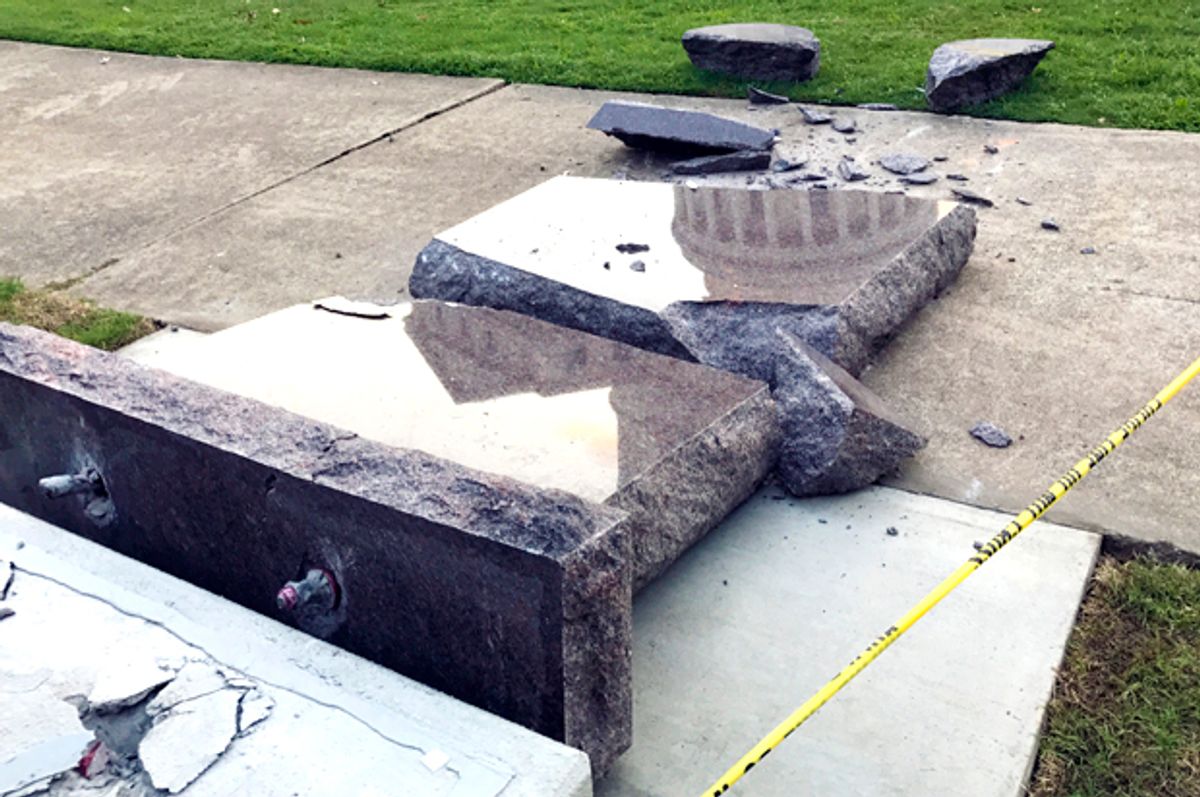 An independent film studio in Arkansas has donated $25,000 towards the replacement of a recently destroyed 10 Commandments statue on the Arkansas state capitol grounds.

Pure Flix, a faith-based family entertainment studio, made the donation to the American History and Heritage Foundation on Thursday. "We are going to cover any costs that other donations don't cover," said Steve Fedyski, the COO of Pure Flix in a statement. "Little Rock — and Arkansas in general — have been very hospitable to us and we want to give back to the community in a meaningful way. We hope our donation will contribute to the costs to rebuild this beautiful landmark,” he continued.

The controversial monument was installed in June and faced great pushback from the American Civil Liberties Union of Arkansas who believe it unconstitutionally endorses a specific religion. “If they put it up, they’re going to signal to people who don’t subscribe to that particular version of the commandments and non-believers they are second-class citizens and we will file suit,” said Holly Dickinson, the organization's legal director.

But as it turns out, the ACLU may not even need to file a suit, as the statue has been completely destroyed.

In less than a day after its installation, the monument was demolished when a man drove his car through it. In a Facebook Live video, Michael Reed — the driver of the vehicle — shouted "freedom" as the car rammed into the statue. Reed has since been charged with criminal trespass, defacing objects of public, and first-degree criminal mischief  interest.

During an interview with the Arkansas Times, Reed explained he demolished the statue "because I fully believe I'm the rider on the first white horse in Revelations." He continued to say God told him to do it, adding that he believes he may have "chemical imbalances galore."

"I'm legally insane," he said. "But, in my heart, I don't believe I'm mentally insane."