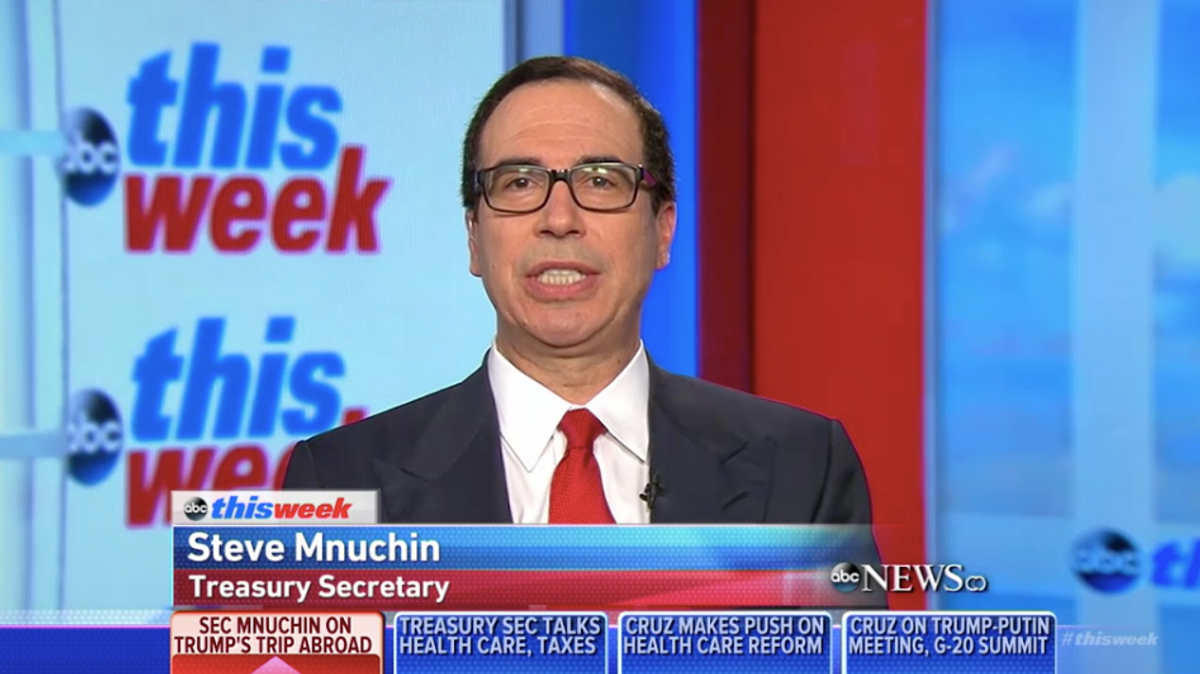 The wealthiest Americans can breathe a sigh of relief because White House senior adviser Steve Bannon's plan to raise the top tax rate is not true, according to Treasury Secretary Steve Mnuchin.

"I have never heard Steve mention that. It's another example of a false leak that's being reported," Mnuchin told George Stephanopoulos Sunday on ABC's "This Week." "I think it's very clear kind of we have a proposal out there that the administration has put out with a top rate of 35 percent where we reduce and eliminate almost every single deduction. So that means that people who are in the high tax state also have no tax reduction, and it'll be offset by reduced deductions."

At the end of April, President Donald Trump's administration revealed their tax reform principles in a one-page summary, but Mnuchin said the administration was "absolutely committed to getting tax reform done this year." The plan is scheduled to be released in September with the plan of having it passed through Congress by the end of the year.

The top income tax bracket would be reduced from 39.6 percent to 35 percent, whereas Bannon's idea would have raised the rate above 40 percent, according to the Los Angeles Times. To afford Mnuchin's plan requires $2 trillion in overall tax cuts, but the administration has said it will pay for itself, and anticipates strong economic growth. But congressional budget scorekeepers may disagree, the Times reported.

However Mnuchin has insisted the plan is focused on a middle income tax cut, that would reform "the business tax system to make it competitive, and creating a tax simplification that will grow this economy." According to USA Today, the Tax Policy Center has said the Trump administration's plan will mainly benefit wealthy Americans "who tend to save rather than spend their tax savings."