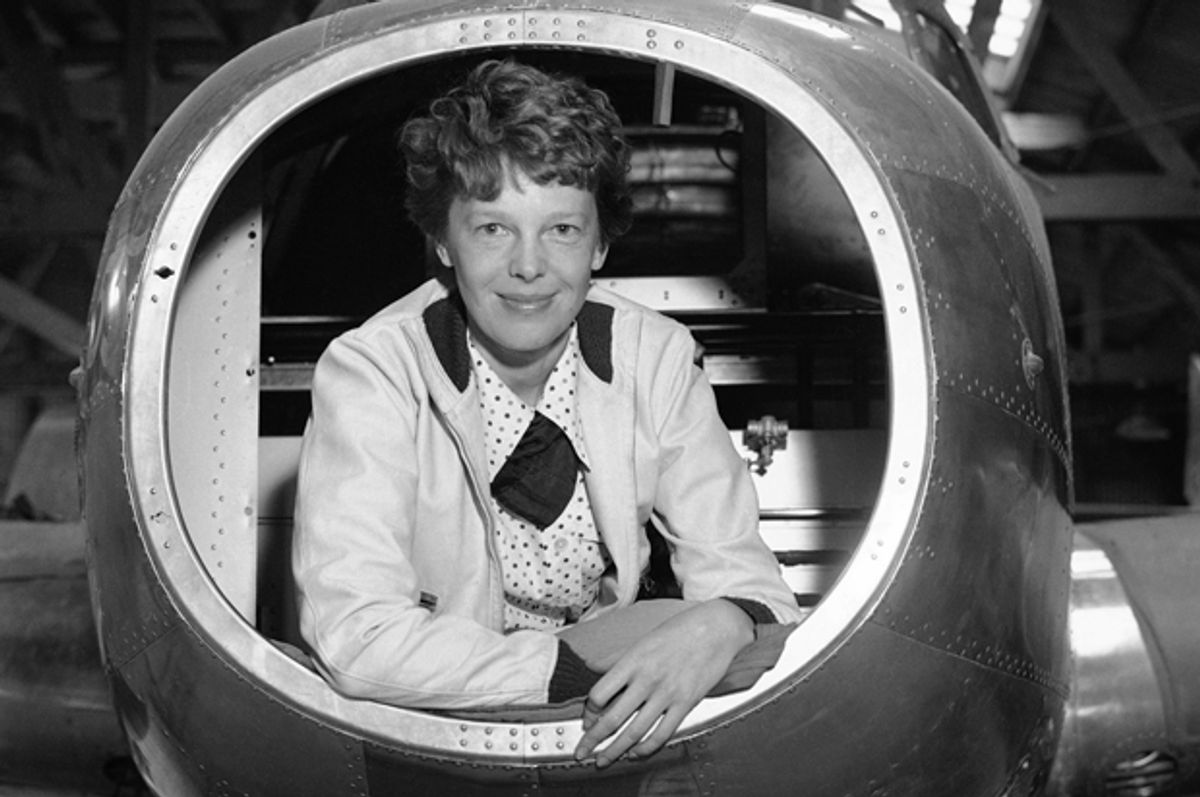 A Japanese blogger has disproved the theory that famed aviator Amelia Earhart was taken as prisoner by Japan.

The claims — made in the History Channel's documentary, "Amelia Earhart: The Lost Evidence" — suggest Earhart and her navigator Fred Noonan survived their 1937 crash landing in the Marshall Islands and were later taken into Japanese custody, based on a photo found in the U.S. National Archives. The image shows a man and woman standing on a harbor among the island's natives and served as the basis for the documentary's argument.

The documentary claimed the image "may hold the key to solving one of history’s all-time greatest mysteries," but forgot to confirm one key factor: the date the image was taken. It was left to one blogger to do all the necessary due diligence.

Kota Yamano, a military history blogger, studied the photograph after hearing about the documentary's claim. “I have never believed the theory that Earhart was captured by the Japanese military, so I decided to find out for myself," Yamano told the Guardian. "I was sure that the same photo must be on record in Japan." So, after what he claims was less than 30 minutes, Yamano found the photo during an online search, using the key words "Jaluit atoll" — the place the image was tagged to.

Yamano discovered the image was part of a 1935 Japanese travelogue about the South Seas — published two years before Earhart's disappearance. "The photo was the 10th item that came up," he said. "I was really happy when I saw it. I find it strange that the documentary makers didn’t confirm the date of the photograph or the publication in which it originally appeared. That’s the first thing they should have done."