The foundation of ant society isn't law and order, but a complex system of odors 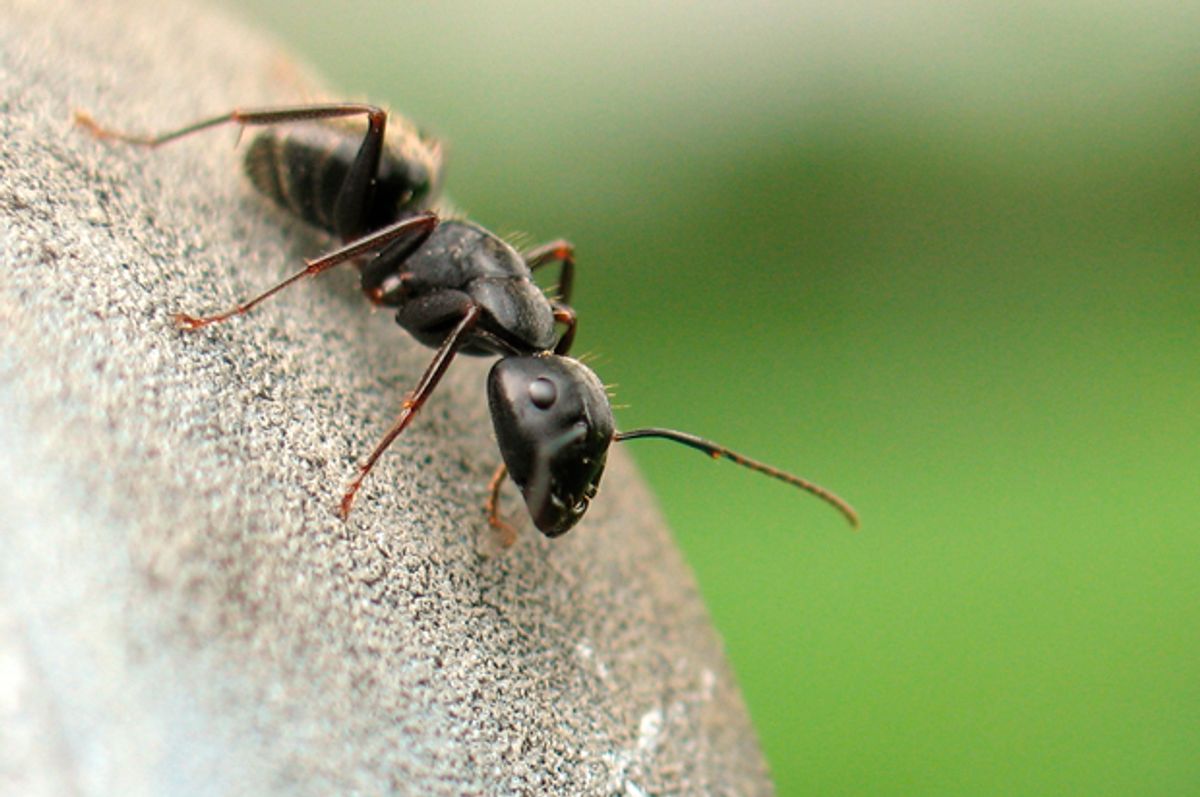 You may not think of ants as particularly smelly creatures, but the scientists at Vanderbilt University have news for you:

Ants not only have a very sophisticated sense of smell, but they use their own body odors to make their complex societies function.

"Ants see their world through their nose, their antennae. If you’re an ant, you view others by their smell and others view you by your smell," said Professor Laurence Zwiebel, who teaches biological sciences at Vanderbilt University and is studying the molecular biology behind ants' sense of smell. Because ants' bodies are covered with a waxy layer that contains a multitude of odors, individual ants are able to identify each other by special, colony and caste using their more than 400 odor receptors.

By contrast, insects like fruit flies and mosquitoes only have 60 to 80 odor receptors.

Graduate student Stephen Ferguson, who is trying to find the chemicals that cause aggression, said that "these complex blends of hydrocarbons are the crux of ants’ social structure. They use them to identify intruders, for foraging, for nursing, for all sorts of behaviors. The next step is to begin associating different chemical signals with specific behaviors."

These discoveries will do more than simply enhance our knowledge of one of the planets' most successful creatures. It could also be used to develop an ant repellent that is similar to a mosquito repellent that overwhelms the insects with so many odors that they find the site of them repulsive. It is believed that these repellents, known as excito-repellent compounds, would work just as well on ants as on mosquitoes.