"This is smoking gun evidence of collusion" 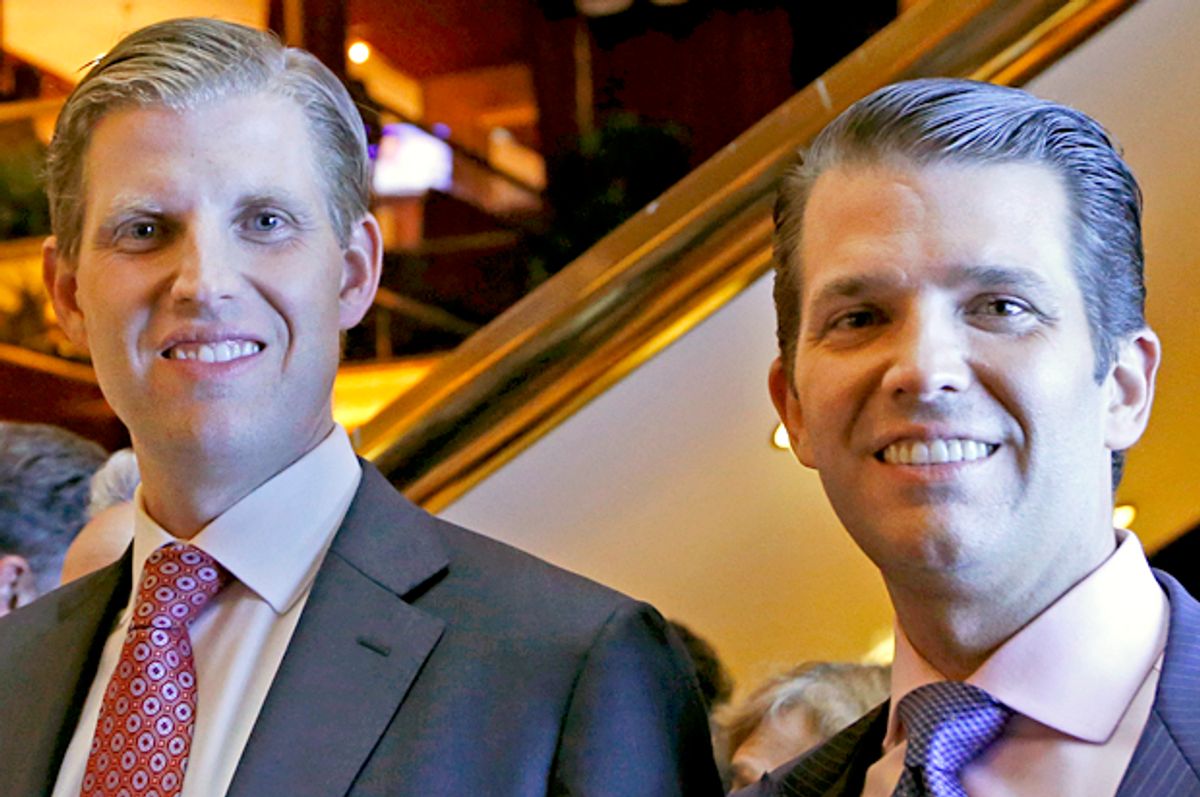 After Donald Trump Jr. tweeted the chain of his own emails with British publicist Rob Goldstone, the intermediary for a meeting where top Trump campaign officials intended to receive damaging information on Hillary Clinton from the hands of the Russian government, experts are saying it could get him prosecuted.

"This is smoking gun evidence of collusion," Paul Butler, a Georgetown law professor and former prosecutor said on MSNBC on Tuesday. "Collusion itself is not a crime, what is a federal offense is soliciting a campaign contribution from a foreign national — like a Russian government operative," he explained. He added that contributions do not have to necessarily come in the form of money, saying it's defined in the statute as "anything of value."

"So it could be money, but it's also a service like opposition research, like dirt on Hillary Clinton. So right now, at this moment, there is probable cause to charge Donald Trump Jr. with a federal offense," Butler added.

In a Washington Post article on Monday, a top campaign lawyer with top Washington, D.C. law firm Perkins Coie explained shared a similar take on the matter as Butler's:

Experts seem to be near-unanimous agreement when it comes to the president's son likely committing a crime. It's still not clear, however, if the others in attendance, campaign chair Paul Manafort and current senior adviser Jared Kushner, had prior knowledge of the context of the meeting. But regardless of whether or not information was handed over, or in any way produced during the meeting, there is certainly room for probable cause of federal offenses.

"The most important legal issue raised by these revelations actually goes to the question where collusion might be criminal under campaign finance law," Ryan Goodman, a former Defense Department special counsel and current editor of the legal site Just Security, told Vox. "Even if the meeting didn’t produce anything ... solicitation itself is the offense," he added.

Former Watergate prosecutor, Nick Ackerman, said the emails are "almost a smoking cannon." Then added that "there's almost no question this is treason."

However, treason is "the only crime specifically outlined in the Constitution, granting Congress the power to prohibit treason as it sees fit," according to Axios. Prosecutions of treason are very rare, and convictions of treason even more so. Whatever crimes the president's son committed, it would still likely fall short of meeting the correct parameters for treason.