Buzzkill: Nevada is running out of weed, and it's causing a state of emergency 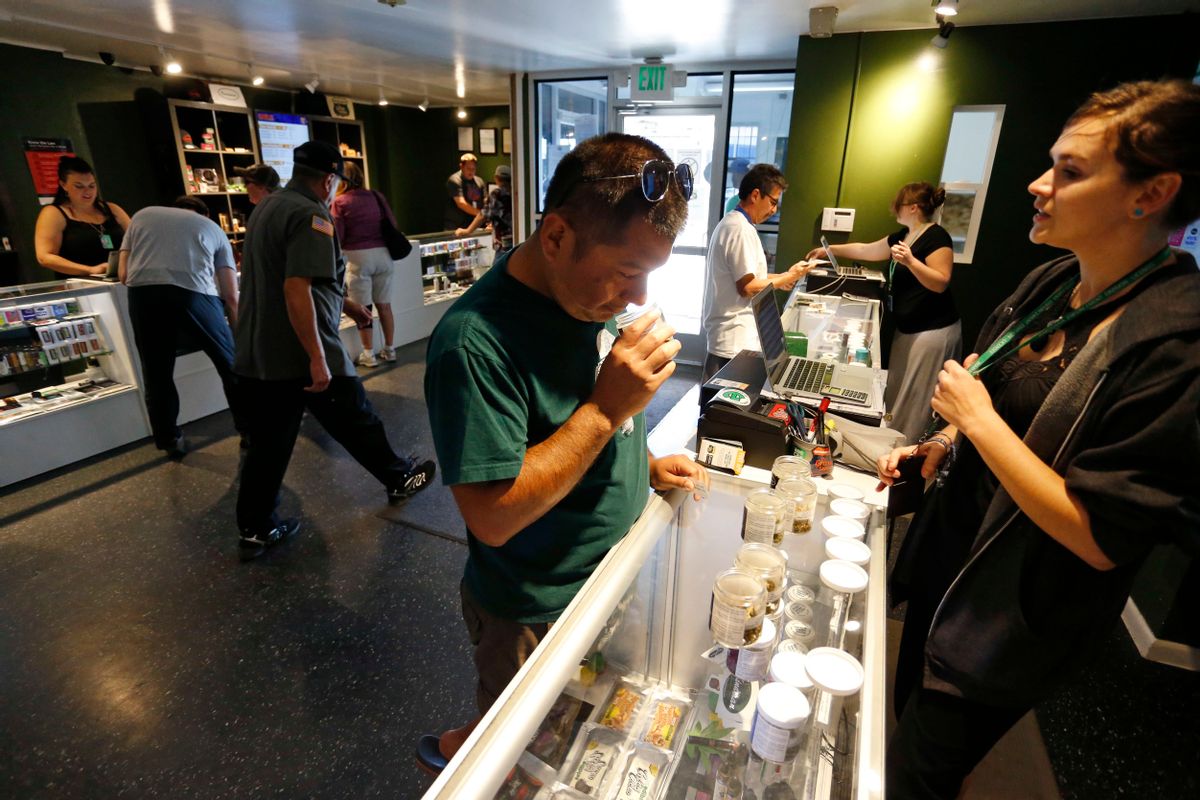 High demand for marijuana in Nevada is forcing officials to declare a state of emergency as dispensaries are running on fumes.

Recreational use of the substance became legal in the state just two weeks ago, but retailers are struggling to keep up the weed on the shelves, according to the Los Angeles Times. "We didn’t know the demand would be this intense," said Al Fasano, cofounder of Las Vegas ReLeaf, on Tuesday, according to the Times. "All of a sudden you have like a thousand people at the door . . . We have to tell people we’re limited in our products."

The Nevada Department of Taxation said last week that, "this nascent industry could grind to a halt."

"The crisis has to do with distribution and state rules over who is allowed to transport marijuana," the Times reported. Nevada is worried that it will have a negative impact on the millions of dollars of projected tax revenue that will be used towards school's and the state's reserve funds. There is a 10 percent tax on the sales, and a 15 percent tax on the growers, meaning that, in a worst-case scenario, we could be looking at a serious case of dankruptcy.

The state's influential alcohol industry feared that the legalization of weed would cut into their booze sales. So when the ballot measure was approved a stipulation stated that for the first 18 months, "only wholesale alcohol distributors would be allowed to transport marijuana from cultivation facilities to the dispensaries," according to the Times.

Pot shops have had to largely rely on what they have already had in stock. When the law went into effect in Nevada on July 1, there were nearly 50 dispensaries already partaking in the medical marijuana business — and were licensed to sell the substance recreationally. However, zero alcohol distributors were approved to transport the goods because they failed to meet "state licensing requirements, which include background checks and security protocols."

These regulations differ from the other four states where pot has become legal. Nevada officials anticipated the potential issue and attempted to loosen "the licensing rules to allow dispensaries to transport their own marijuana," — which is what is done in other states, the Times reported. But a District Court judge blocked this request citing "that the state needed to go through the regulatory process to determine how many distributors were needed," according to the Times. The ruling has since been appealed to the Nevada Supreme Court. Emergency regulations that would broaden "the pool of potential distributors" have been proposed by the state's Department of Taxation in the meantime.