"In a normal world . . . Jared Kushner would have been fired," one senator says, as questions about him are raised 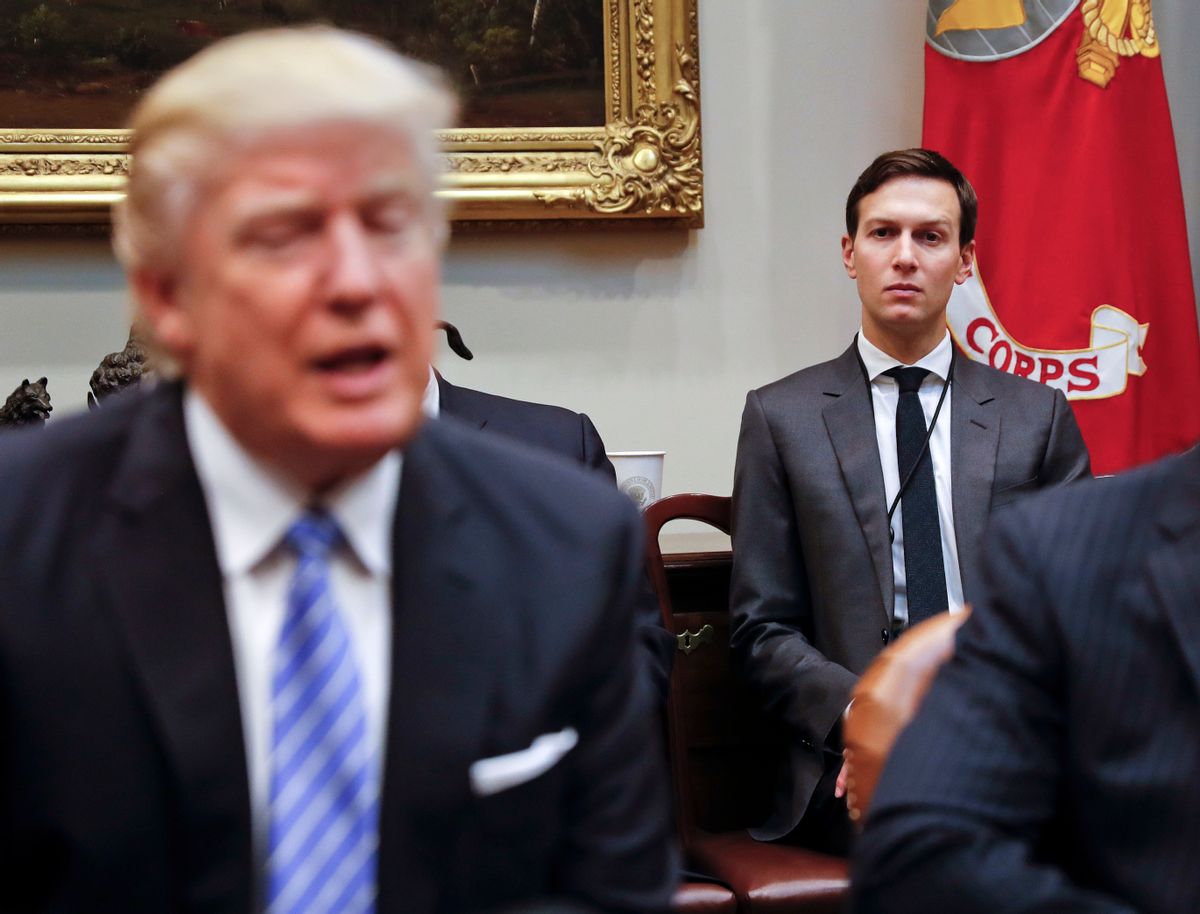 There is a disturbing detail about the recent revelation that Donald Trump Jr., Paul Manafort and Jared Kushner met with a Russian lawyer connected to that nation's government in order to get disparaging information about Hillary Clinton.

While Trump Jr. is only in charge of the president's business empire and Manafort was fired as Trump's campaign manager, Kushner currently works at the White House as a senior adviser.

"In a normal world, we wouldn't be talking about security clearances, Jared Kushner would have been fired about four hours ago," Sen. Chris Murphy, D-Conn., told MSNBC. "That no one in the Trump operation met with the Russian government or operatives of the Russian government. He watched those individuals go out and engage in that parade of lies. Now, maybe they knew they were lies, but giving them the benefit of the doubt, Jared Kushner at least knew that they were lies."

Murphy wasn't the only one to draw that conclusion.

"That means the potential legal jeopardy that may arise from this meeting, it not only enters the president's family," explained MSNBC host Rachel Maddow on Tuesday night. "It also enters the White House. Because Jared Kushner is a senior White House adviser."

Nor do Kushner's problems end with that single meeting. According to McClatchy, both the House and Senate Intelligence committees, as well as the Justice Department, are investigating whether Trump's digital campaign operation (which Kushner led) assisted Russia in targeting voters with fake news and other compromising materials about Hillary Clinton during the election.