The west is on fire as heat records fall

Even nighttime temps are unbearably hot 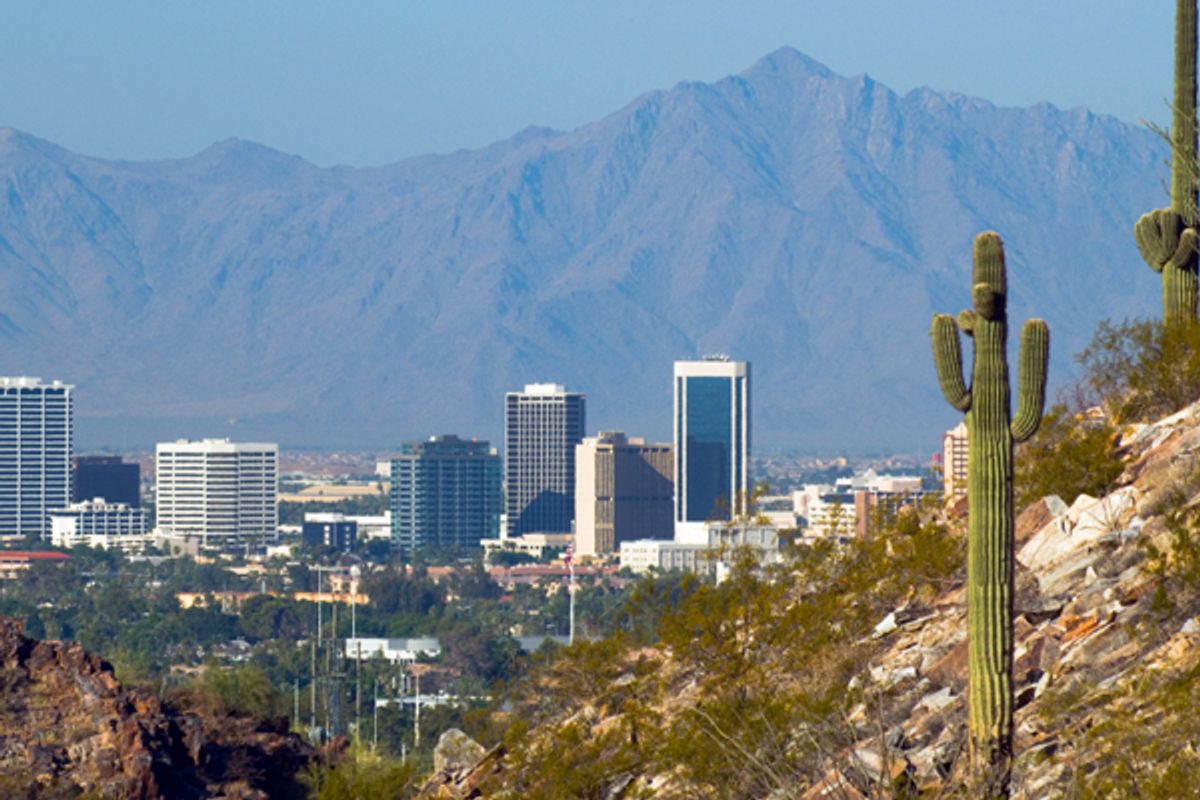 From Phoenix to Boise, high temperature records fell like dominoes over the weekend as an impressive heat wave engulfed the western U.S., helping to fuel several wildfires.

While heat waves are a regular part of summer weather, the steady warming of the planet means those heat waves are getting ever hotter, making record heat more and more likely.

The heat came courtesy of a ridge of high pressure that moved in over the West, with the peak temperatures, including several records, occurring on Friday and Saturday:

Daytime highs weren’t the only concern, as overnight lows stayed downright hot in some places, particularly in the Phoenix area. The temperature from Friday night to Saturday morning only reached as low as 95°F in Scottsdale, a record. (It was still 106°F at 1 a.m. that night.)

The heat and accompanying dry conditions can also set the stage for wildfires, as was the case during this heat wave, which saw several wildfires ignited and grow across the region.

The Whittier fire, which started on Saturday in the Santa Ynez Mountains in Southern California, has burned more than 10,000 acres, while the nearby Alamo fire has burned nearly 29,000 acres and forced several thousand people to evacuate.

The ridge of high pressure is moving eastward this week, bringing sweltering temperatures — and the threat of wildfires — to the northern and central Plains before shifting back to bake the West again at the end of the week.

At that point it could strengthen, meteorologist Guy Walton wrote on his blog, keeping the West good and toasty for the next week or two.

Extreme heat is one of the hallmarks of global warming; as the average temperature of the planet rises, record heat becomes much more likely than record cold. And cities in the Southwest — where most of the region’s population lives — are some of the fastest-warming in the country.

While no formal attribution study has been conducted to see how much more likely a heat wave like this has become with warming, a recent study found that heat records were made both more likely and more severe for about 80 percent of the area of the globe that had good enough observational data.

With temperatures continuing to rise — and no substantial effort yet to curtail the greenhouse gas emissions driving that rise — the world at large stands to see more such extreme heat in the future. Another recent study found that half of the world’s population could be exposed to heat that reaches deadly levels by the end of the century even with the most stringent reductions in greenhouse gases.

Took this photo of the Whittier Fire while flying from SAN to SFO at 38,000 feet #WhittierFIRE #CAwx #caheat pic.twitter.com/Gt6ZScCW2B

These kind of heat waves pose threats to public health, local economies and infrastructure. The increased use of air conditioning can tax the electric grid, while the heat can damage crops and curtail outdoor activities, such as construction. During a June heat wave, planes in Phoenix couldn’t take off because higher temperatures lead to thinner air, making it more difficult for planes to get off the ground.

And searing heat can be deadly to already vulnerable populations, such as the elderly, small children and those suffering from illnesses. High overnight temperatures are a particular concern when it comes to the health effects of heat waves, because they prevent the body from cooling down and recovering from the heat of the day.

Nighttime lows have risen across the Southwest since 1970, ranging from an increase of 1.7°F on average in California to 3°F in New Mexico.