WATCH: This writer needed a new heart. Here's how her 9 friends sacrificed for her

In Amy Silverstein's follow-up to "Sick Girl," her friends take turns leaving families and jobs to rally around her 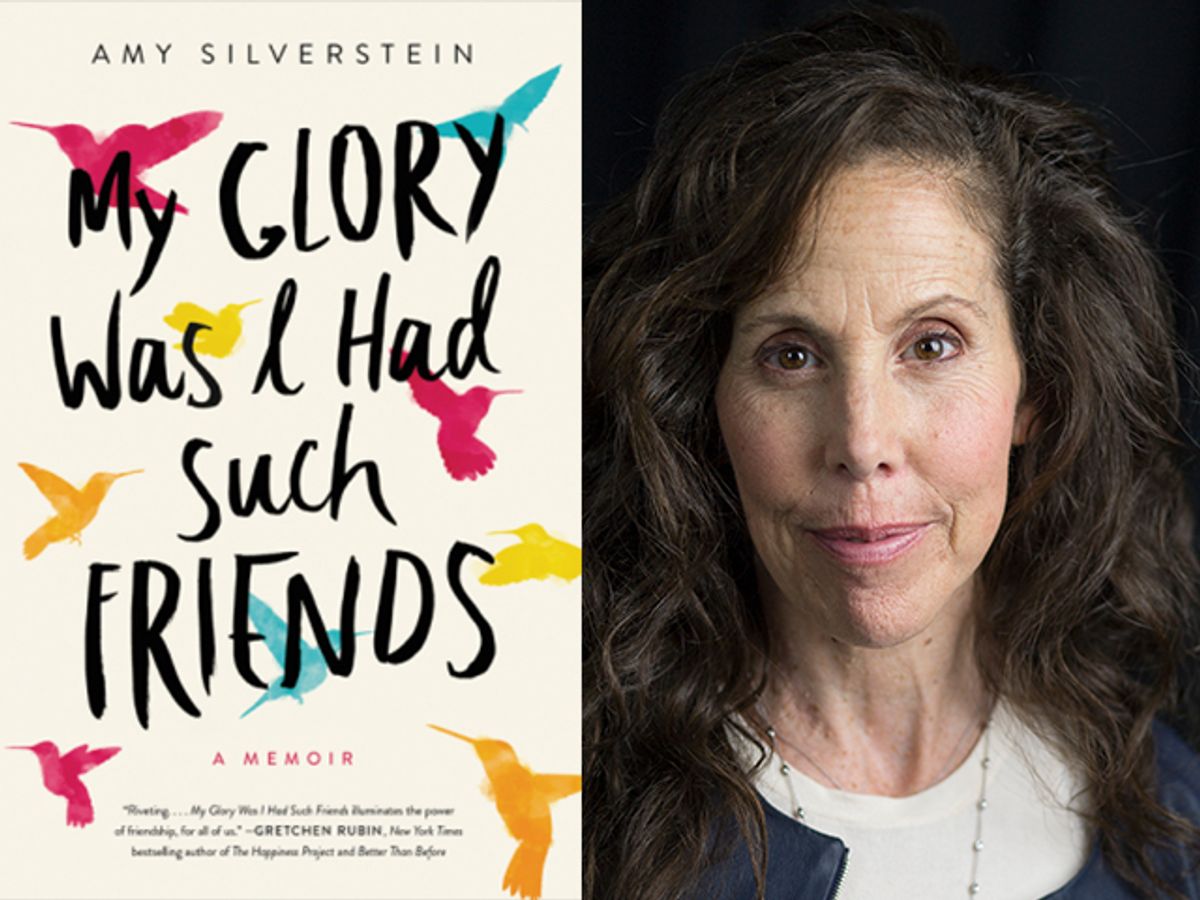 Disasters don't just show you what you're made of. They show you exactly what everyone close to you is made of too. And Amy Silverstein has learned this many times throughout her five decades of living — and almost dying.

Ten years ago, Silverstein had a literary hit with "Sick Girl," her account of getting a heart transplant while still in her twenties. Now she's back with a follow-up about how, when that heart began to give out 25 years later, her female pals stepped up in unimagined ways. (Read an excerpt on Salon.) Taking inspiration from William Butler Yeats, Silverstein's new book is called "My Glory Was I Had Such Friends," and it chronicles what happened when she was far from home and waiting on a new heart.

Shortly after the announcement that J.J. Abrams’ Bad Robot was developing the book as a limited series, Silverstein appeared on "Salon Talks" to discuss the memoir.

On how her friends rallied around her after her diagnosis:

I had this core group. Nine women signed on to a spreadsheet and they filled in days for two and a half months. . . . They came out one after another in an unbroken chain, and I never slept a night without one of them beside me sleeping on a cot in that hospital.

On what Silverstein hopes readers will take away from their story:

I wanted to celebrate them. What they did, the showing up that they did . . . I wanted to honor that and write about it for all of those friend groups out there just to show what is possible . . . when we bring out the best in ourselves. It was an extraordinary undertaking. It was an exchange of awareness and kindness and openness.

Watch the conversation with Amy Silverstein about friendship, illness and resilience.