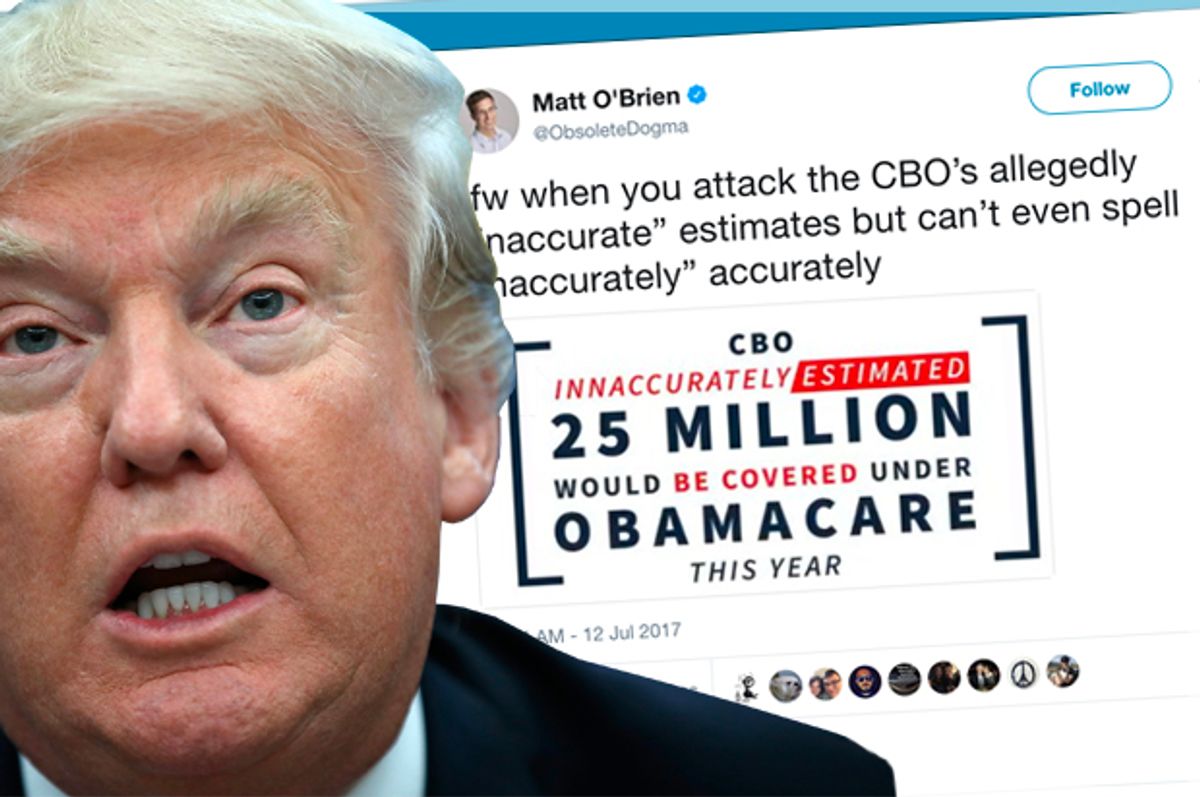 After a Republican-controlled Congress replaced the Congressional Budget Office’s longtime director in 2015, then-Congressman Tom Price, Donald Trump’s Secretary of Health and Human Services, said: “Keith Hall will bring an impressive level of economic expertise and experience to the Congressional Budget Office.” Price’s praise for Hall continued: “His vast understanding of economic and labor market policy will be invaluable to the work of CBO and the important role it will continue to play as Congress seeks to enact policies that support a healthy and growing economy.”

But Price has since changed his tune on the CBO, blasting the office for “woefully under-performing” in their assessment of Obamacare seven years ago, which -- as ThinkProgess recently noted -- was five years before Price helped put Hall in charge of the office. Mick Mulvaney, Trump's budget director, said in May that the CBO analysts responsible for evaluating the Republican repeal proposals were working on behalf of Democrats.

“At some point, you've got to ask yourself, 'Has the day of the CBO come and gone?'" Mulvaney questioned.

And on Wednesday, the Trump administration turned up the heat against the CBO, releasing an unprecedented assault against the nonpartisan analysts for Congress.

Accusing CBO of faulty numbers after recently making a two trillion dollar error themselves, during the 45-second video slideshow the White House blasted the CBO for fuzzy math. Ironically, however, at the 11-second mark of the clip, the word inaccurate is spelled inaccurately.

So to sum up a tweet, the White House attacked the CBO for being inaccurate without giving their own estimates and then managed to spell inaccurate wrong.

The error comes just days after another White House gaffe, in which an official statement inaccurately identified China’s President, Xi Jinping, as President of the “Republic of China" -- the formal name for Taiwan.

The CBO has projected that roughly 22 million more Americans would go without insurance after a decade if the Senate's current version of the bill to undo Obamacare became law. Republican Senate leader Mitch McConnell has said that a revised version of the bill will be released on Thursday.