Kesha talks female empowerment and gaining inner strength in a personal essay and through her new video, "Woman" 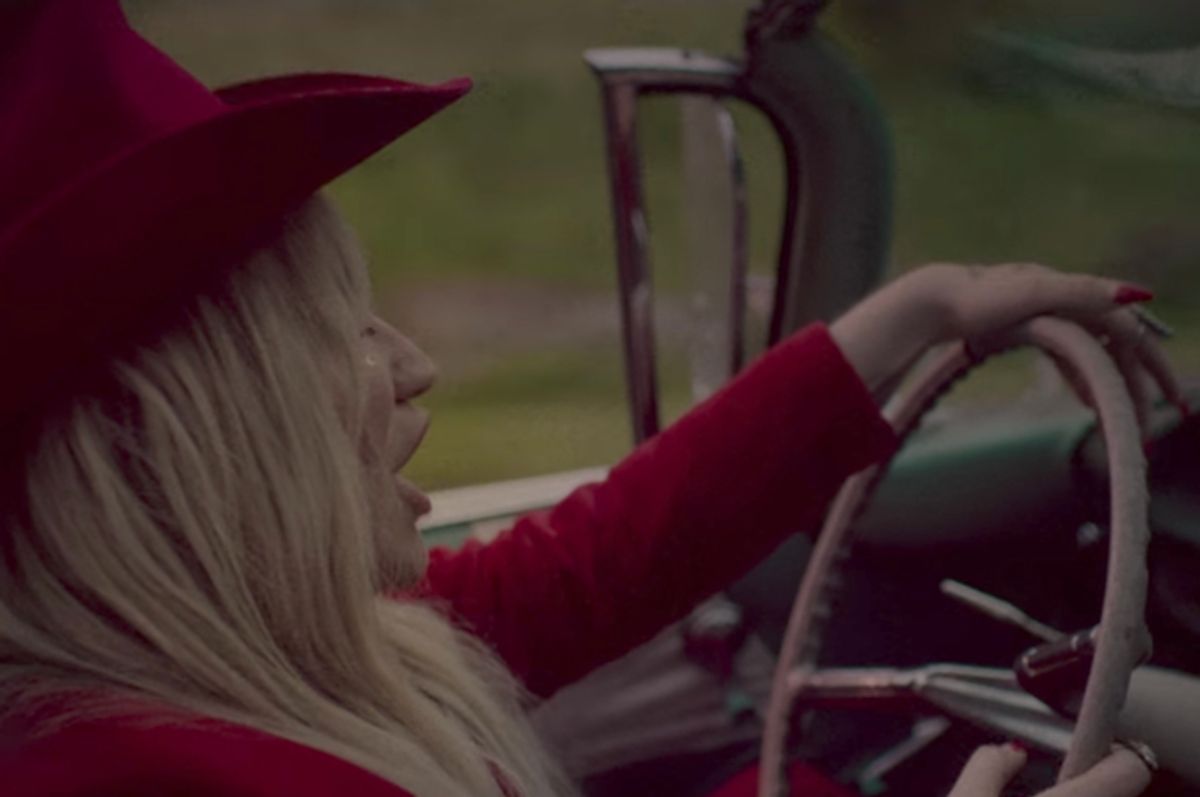 Following the success of her ballad "Praying" — her first since track since 2013 — Kesha has released "Woman", a free spirited anthem aimed at empowering her gender. The video features Kesha clad in a country-inspired outfit as she boasts about making her own money and declares she is a "motherfucking woman."

And now, as the release of her new LP entitled "Rainbow" approaches, Kesha has used her time to advocate female empowerment and speak about discovering inner strength in an essay for Rolling Stone. Her touching statement focuses on her newest track and how the song helped her proclaim her independence.

"Musically, I really couldn't be more proud of this record," wrote Kesha. "I think that this album sonically sounds more like the music I listen to than anything else I’ve ever done in the past." With influences including “Iggy Pop, Rolling Stones, the Beach Boys, T Rex, James Brown, the Beatles, Sweet and Dolly Parton,” the singer's newest record will be her most diverse one yet.

With her latest song, Kesha hopes fans appreciate its imperfections, such as the laugh track placed sporadically throughout the track. "I wanted this song to capture that organic, raw, soulful sound and keep the imperfect moments in the recordings," she wrote.

The essay reveals that her inspiration for writing "Woman" came at an unusual time — while she was sitting in traffic. The singer explained she felt urged to scream "I'm a motherfucking woman," creating the path for empowering song.

I have always been a feminist, but for much of my life I felt like a little girl trying to figure things out. In the past few years, I have felt like a woman more than ever. I just feel the strength and awesomeness and power of being female. We hold the key to humanity. We decide if we populate the Earth, and if so, with whom. We could just decide not to have any more kids and the human race would be over. That is power. I just really fucking love being a woman and I wanted an anthem for anyone else who wants to yell about being self-sufficient and strong. (Yes, men, this song can be for you too.)

Kesha also uses her essay to express her appreciation for her co-writers and explains how their help made creating her new music a joyful experience. "I really have to thank [them] for helping me through the past few years and making writing songs a beautiful thing again," she wrote. "Both of those men made my art/work safe and fun, and every session with the two of them was so healing."

Kesha ended her essay with a personal note to her fans, telling them "there are a lot of emotions on my new album Rainbow — but the wild fun energy that first inspired me to perform has not, and will never, go away."

Her journey toward self discovery follows an ugly legal battle with former producer Dr. Luke over abuse and sexual assault allegations which forced her to stop recording after an injunction was denied. Kesha's empowering anthem and personal essay seem to serve as a reclamation of her own independence and serve as a reminder of her confidence and inner strength, even after tragedy.

Watch the video for Kesha's latest track, "Woman," here. "Rainbow" is due out August 11.