The man we loved as Booger tells Salon about growing up nerdy, being bullied and finding his passion 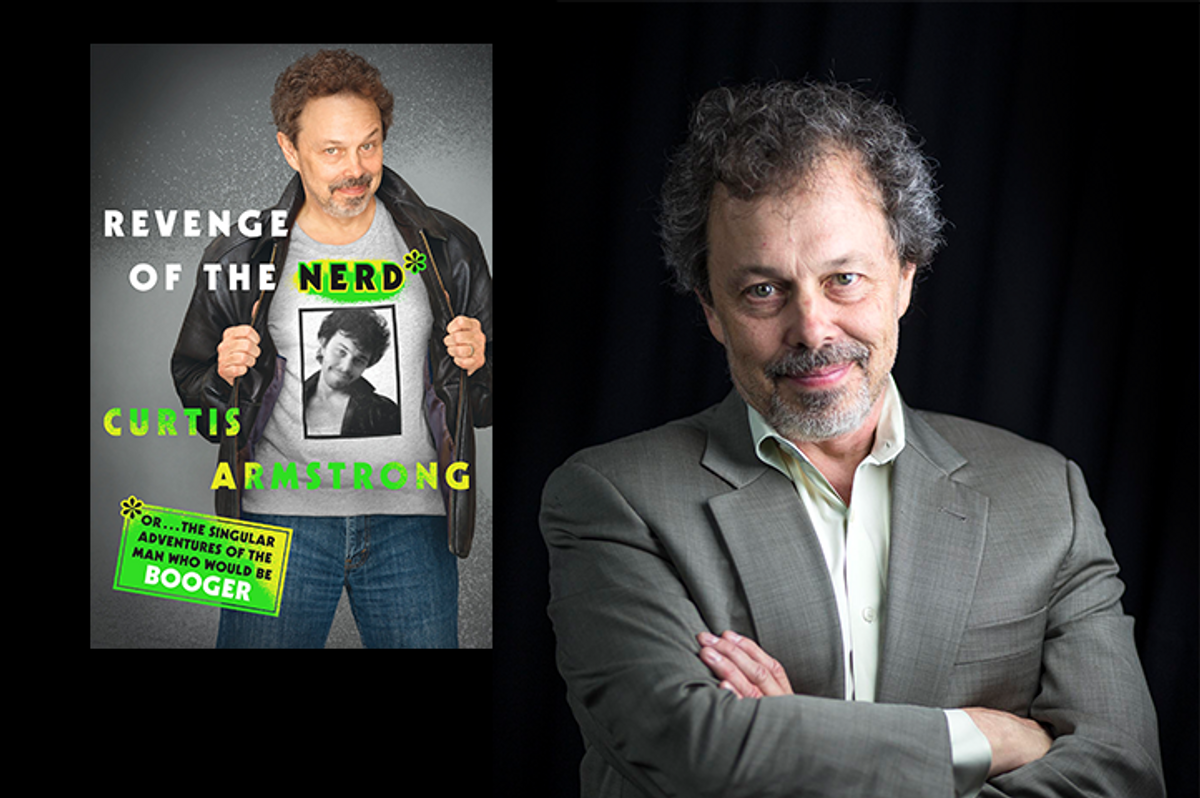 Curtis Armstrong made an unfortunate name for himself as the grumpy and misogynistic campus misfit Booger in the classic '80s comedy "Revenge of the Nerds." Before that, he played a foil for Tom Cruise's sexy adventures in "Risky Business." Later, he went on to play the oddball sidekick in the cult classic teen comedy "Better Off Dead," the popular 80’s TV series "Moonlighting" and more recently, a serious turn as Ahmet Ertegun in the Ray Charles biopic "Ray." But it was his appearance as Booger that seemed to stick with audiences, in spite of later, more meaty roles.

Armstrong stopped by the "Salon Talks" studio this week to discuss how being a nerd as a child helped him become an actor, and his funny — and sometimes sad — new book.

On being bullied as a kid, and how being a nerd helped him find his passion:

When I was a child . . . my parents were transferred to Switzerland — my father was. So there was a chunk of the '60s that I missed entirely. And when I came back to Detroit —  the Northern suburbs of Detroit — I was this creature that none of them recognized. I had a target on me from the minute I walked into the school. Because I had been going to school being taught by British teachers, I had actually acquired a slight accent, a minor affectation.

I became known in the school as the "Swedish Faggot." That was the name they gave me, because they couldn't remember Switzerland, but they knew Sweden. The other part of it I think they just added because I read books.

There are always some [kids] that are bullies — those were the people who started doing the usual, pushing your heads in toilets and stuff. Then there were the other people who were the nerds. And it took me awhile to find them, especially the theater nerds. And there was a teacher there who was enormously significant in teaching me a love for acting, and he was an actor himself. Because of that, I wound up not only finding a niche, but also finding what was ultimately going to be my career.

On being a feminist and playing a misogynist role like Booger:

That was actually really hard. It was one of the reasons I didn't want to do Booger, apart from the fact that it was disgusting. All that he did was pick his nose, and belch, and say really horrible, misogynistic things. I had to make a place where I could have this guy be separate from me. And I wrote a biography about him, which is what I learned in acting school. When you have a part that you can't get around, you always make a biography of the character. I did that at the time to explain to myself why he was the way he was, so I could find a way to excuse my doing that on screen.

Watch our conversation to learn more about how a feminist plays a role like Booger and his new memoir, "Revenge of the Nerd."