Sessions gave a speech at the ADF summit about religious liberty 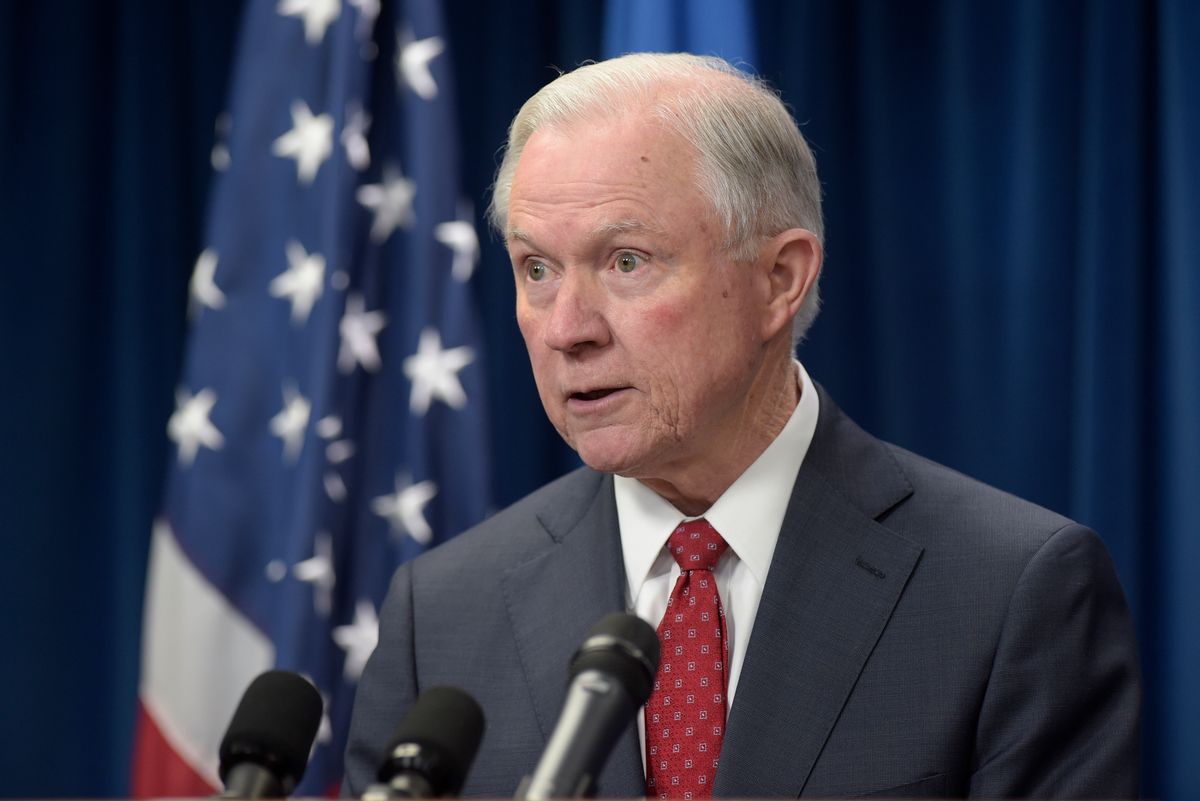 FILE - In this March 6, 2017 file photo, Attorney General Jeff Sessions speaks in Washington. Christopher Anders, an attorney with the American Civil Liberties Union has filed a complaint against Sessions with the Alabama State Bar over his testimony during his Senate confirmation process regarding contact he had with Russia. (AP Photo/Susan Walsh, File) (AP)
--

Attorney General Jeff Sessions reportedly will be delivering a speech to the anti-LGBT hate group Alliance Defending Freedom at 5.30 PM PDT, July 11, at ADF’s Summit on Religious Liberty in California.

The event is closed to the press, and no venue information has been released.

Civil rights and Department of Justice reporter at Buzzfeed Dominic Holden Tweeted about the scheduled remarks. According to his Twitter feed, he asked the DOJ why Sessions was speaking at this anti-LGBT event and whether it signaled a new Department of Justice position in court. The DOJ declined to comment.

Right Wing Watch noted that the event is closed to the press and pointed out that ADF is the largest of the religious right organizations battling LGBT and reproductive rights around the world. Nor could RWW find any mention of Sessions’ upcoming remarks on the ADF website, its Twitter feed, or Facebook page. A mobile app for the conference is password-protected.

The Supreme Court recently agreed to hear a case that ADF has been working on regarding a Colorado baker’s refusal to create a wedding cake for a gay couple in violation of the state’s anti-discrimination laws.

The high court first considered the case last September, and it was continually relisted for further discussion at private conferences, in which justices decide the  cases they will take. The decision to hear it may have been bolstered by the addition of justice Neil Gorsuch to the court, whose first ruling (a dissent) contained a factual error and may be a harbinger of anti-LGBT rulings to come.

ADF has been extremely active in pushing for so-called “religious liberty” laws around the country that allow Christians to discriminate against LGBT people. ADF also has supported the criminalization of homosexual sex and is involved in attempting to marginalize trans students in public schools by warning schools that trans-inclusive policies will expose them to tort liability.

Jeff Sessions' choice to speak to the Alliance Defending Freedom brings in to question whether the AG intends to protect all Americans. pic.twitter.com/k5PXpdRA1o

Joel Kasnetz of the Democratic National Committee released a statement about Sessions’ scheduled remarks at the event, which he also posted on Twitter.

“Attorney General Jeff Sessions is choosing to spend his time speaking in front of one of the country’s leading anti-LGBTQ hate groups,” the statement says,  a move that “brings in to question whether the attorney general intends to protect all Americans.”