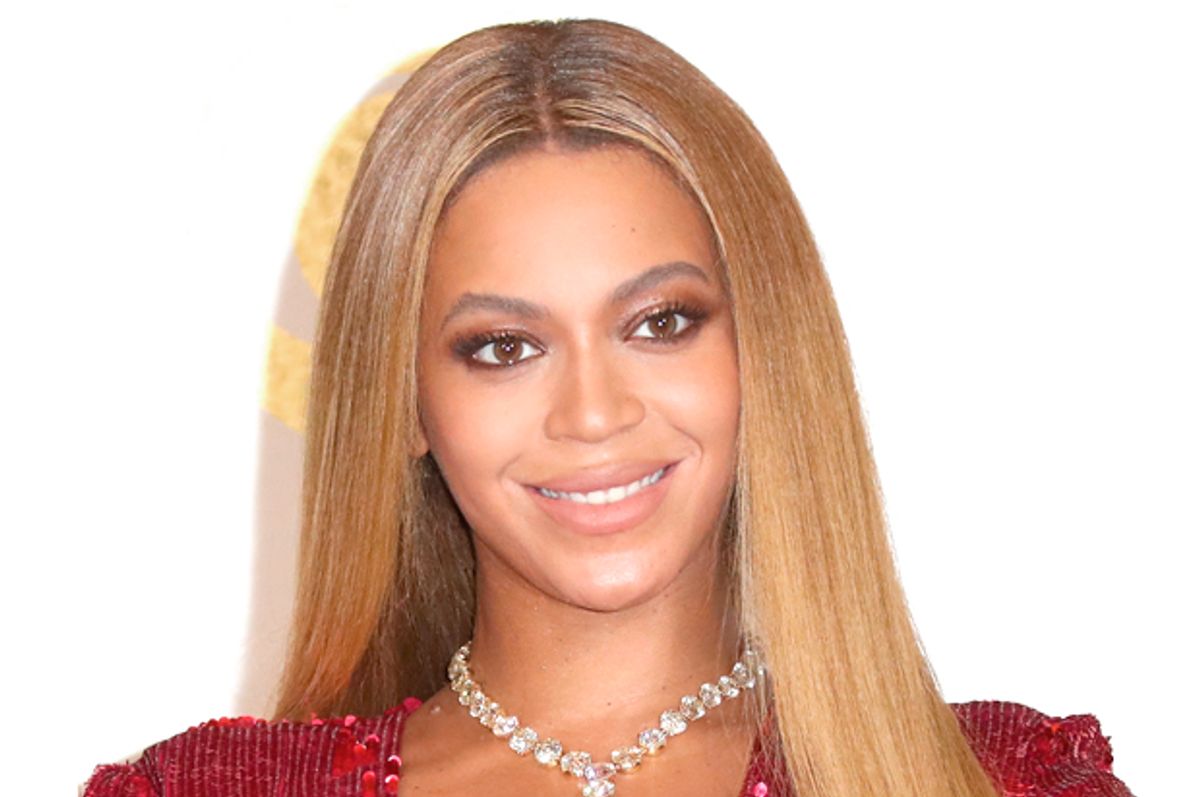 It's been a month since Beyoncé Knowles — known either by her first name alone or the appropriate monicker "Queen Bey" — have birth to her twins, Sir Carter and Rumi. The children are her third and second with husband and rapper Jay-Z (aka Sean Carter).

Now, she has blessed this world with a beautiful image of her and her new infants, magnificent and resplendent in all their post-birth finery.

The image — offered up as a "birth announcement" — echoes the one she released following the arrival of her first child, Blue Ivy, in 2012. Much like that image, Beyoncé appears as part goddess, part Virgin Mary with a sly, strong expression. As with Beyoncé pregnancy image released February, the photo was taken by rising artist Awol Erizku.

The internet being what it is (and Beyoncé being who she is), the image has ranked up 6.3 million likes on Instagram as of the time of this writing — though it's easy to guess that by the time you read this, it may have millions more.

Despite the fact that the photo makes the world an objectively better place, some people with Twitter and Instagram accounts found cause to object to a beautiful image of a beautiful mother with her beautiful children. On top of racially tinged comments appearing (and then disappearing) on the Instagram post itself, Twitter has hosted numerous complaints about Beyoncé's apparel, name choices and the like.

The birth of the twins follows what's been a landmark period for both mother and father. Beyoncé's magnificent 2016 album "Lemonade" and the short-form movie based on it were not only commercial successes, but critical and cultural ones, too — the rare pop releases that forwarded the dialogue around black women while also being insanely catchy.

In that album, Beyoncé not only addressed the deep emotions surrounding her experience as a young mother, but her husband's infidelity in a searing series of tracks. Jay-Z, for his part, responded thoughtfully on his new album — released only days ago — "4:44". That album has also been a financial and critical success.

Indeed, there was other good news for the pair today: Beyoncé landed herself atop Billboard magazine's list of the the top "money makers of 2016". Between "Lemonade" album sales and the attendant tour, the singer earned an estimated $62.1 million last year, $20 million more than next most lucrative act, Guns N' Roses.