Less than 24 hours after he collapsed while building houses for Habitat for Humanity, Jimmy Carter is back at it 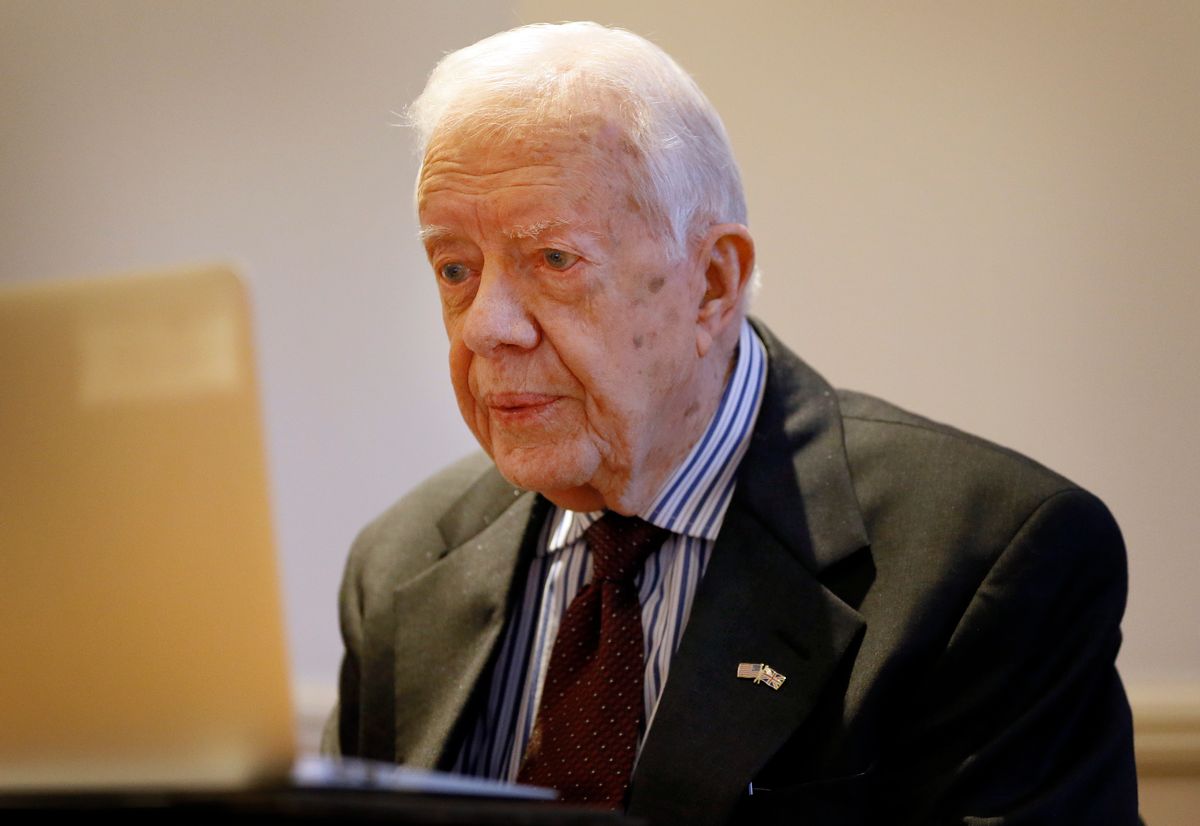 President Jimmy Carter may have given his fans a scare on Thursday when he collapsed while working on a house for Habitat for Humanity, but after a quick hospitalization he is ready to get back to work.

Carter was hospitalized for dehydration while building a home in the Canadian city of Winnipeg, according to a report by the Associated Press. He was discharged from St. Boniface General Hospital on Friday morning and went to attend a devotional prior to finishing up his work on the house.

"He and Mrs. Carter extend their appreciation for the many well-wishes he received worldwide," Carter spokeswoman Deanna Congileo said in a statement.

The former president had been working for roughly 90 minutes on Thursday when he began to wobble as he attempted to sit down. This prompted Secret Service agents to walk him to his motorcade, where paramedics decided to take him to the hospital. He was rehydrated there as a precaution.

This isn't the first time that Carter has faced a health scare. In 2015 he was diagnosed with melanoma that had spread to his brain, although he continued to work for Habitat on a home in Memphis, Tennessee despite fighting cancer. By March 2016 he said he no longer required treatment.

During his presidency from 1977 to 1981, Carter was able to negotiate a peace treaty between Israel and Egypt and returned the Panama Canal to the Panamanians. His domestic record was meager, however, and his perceived ineffectiveness at getting America out of an economic slump and guiding it through the Iranian hostage crisis ultimately cost him a second term.