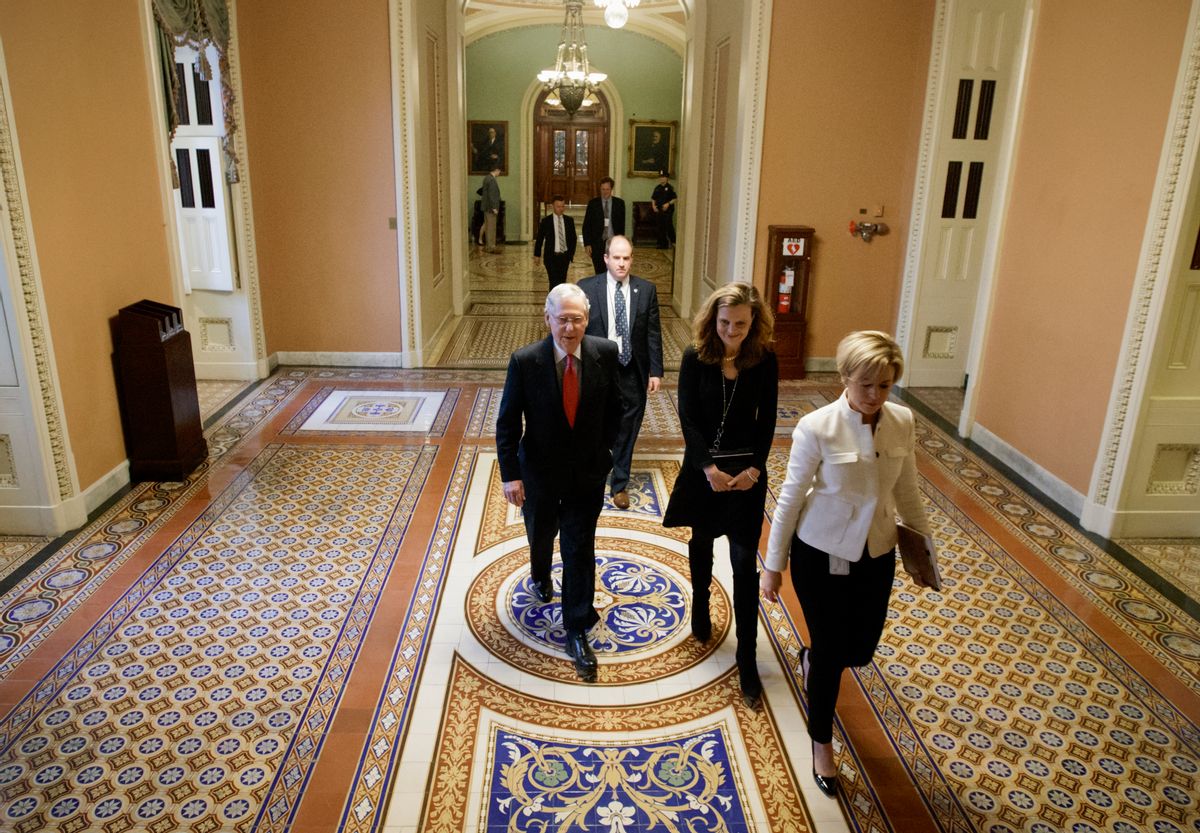 Instead of making large-scale changes to the bill that might alienate his much-larger group of conservative senators, McConnell appears to be trying to target his more centrist colleagues through highly targeted concessions which won't impact the overall legislation that much but might be enough to purchase their support.

While the BCRA's prospects are still not that good at this point, the $188 billion more that the Senate bill reduced spending by compared to the House's version gives McConnell a fair amount of negotiating room.

One senator who is the target of McConnell's attentions is Alaska's Lisa Murkowski who is being offered extra money out of the legislation's insurance premium stabilization fund, meant to keep insurance companies from collapsing due to too many sick patients. Health costs in Alaska are significantly higher than the rest of the nation.

One of the changes in the latest version of the BCRA which was unveiled yesterday specifically targets Alaska (although not by name) for extra federal subsidies, at least $80 million per year in 2019 and up to $192 million annually after 2022.

Murkowski, who has said she opposed the bill's removal of federal funding from Planned Parenthood, has claimed in the past they she would not be persuaded specific concessions for her state.

“Let’s just say that they do something that’s so Alaska-specific just to, quote, ‘get me,’” Murkowski said in June. “Then you have a nationwide system that doesn’t work. That then comes crashing down and Alaska’s not able to kind of keep it together on its own.”

As of Thursday, however, she has not taken a public position on the latest version of the Senate health care overall bill.

Other Senate Republicans have been looking to increase federal funds for treatment centers for opioid addiction. The new version of the BCRA adds $45 billion for that.

Another GOPer being targeted by the leadership is Nevada Sen. Dean Heller. According to Axios executive editor Mike Allen, McConnell and his allies appear to be confident that he will be "bought off."

While Heller's ideology may make him willing to go along with large Medicaid cuts in the name of fiscal responsibility, political reality may prevent that. In early June, the senator proposed a seven-year phaseout of the Medicaid expansion that took place under Obamacare. He reversed course later in the month after Nevada's Republican governor, Brian Sandoval, said he was in favor of keeping Medicaid as-is since over 200,000 residents of the state had been able to get health care who couldn't afford it before.

“It’s working — we have brought down our uninsured rate," he said. "We were one of the worst if not the worst in the country, to being one of the most improved rates in that regard.”

After Sandoval's comments, Heller reversed his position. But given that he formerly supported the Medicaid cuts, it's possible he could be brought back into the fold, for the right price.

With Maine Sen. Susan Collins and Kentucky Sen. Rand Paul firm continuing to say they will vote against the BCRA, Senate Republicans have just one vote to spare. McConnell has said he wants to begin debating the legislation next week and hopes to vote on it then as well, even if one of the major parts of the bill won't have a formal budget analysis from the Congressional Budget Office.