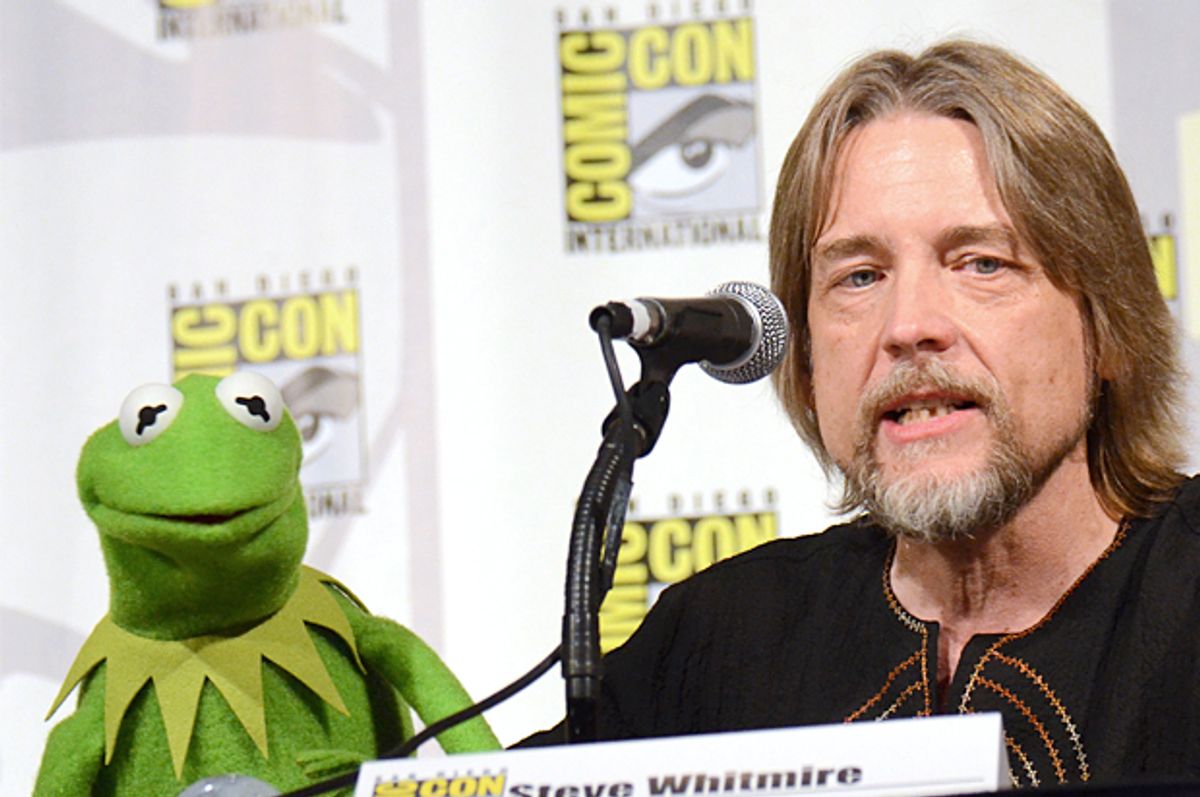 Steve Whitmire, the man behind the voice of Kermit the Frog for almost 30 years, released a statement Thursday addressing his recent firing. The 57-year-old puppeteer wrote in a blog post that he was "devastated" by Disney's decision to let him go and apologized to fans if he had let them down.

"For me the Muppets are not just a job, or a career, or even a passion. They are a calling, an urgent, undeniable, impossible to resist way of life," Whitmire wrote. "This is my life’s work since I was 19 years old. I feel that I am at the top of my game, and I want all of you who love the Muppets to know that I would never consider abandoning Kermit."

Whitmire revealed that he was notified last October that he would no longer provide the voice for the beloved Muppet. He suggested that he did not speak out on his firing because he had hoped that Disney would reverse its decision.

"Doing what is best for the Muppets is the lens through which all my interactions have been filtered," he wrote. "Given the opportunity I remain willing to do whatever is required to remedy their concerns because I feel my continued involvement with the characters is in the best interest of the Muppets."

Whitmire assumed the role of Kermit following the 1990 passing of Jim Henson, the original creator of "The Muppets." The reason for Whitmire's firing is still unknown, but Whitmire indicates that there were "two stated issues" that led to Disney's decision. The voice actor said that he offered multiple remedies for the undisclosed problems, but he never had a chance to sit down in person to discuss them.

"I just want you all to know that I am sorry if I have disappointed any of you at any point throughout our journey, and to let everyone know that I am devastated to have failed in my duty to my hero," he concluded his post.

Whitmire will be replaced by Matt Vogel, according to a report by The Hollywood Reporter. Vogel will debut as the character in a segment of “Muppets Thought of the Week” next week.