WATCH: Makers of documentary about legendary GOP operative Roger Stone say "it’s easy to be seduced by him" 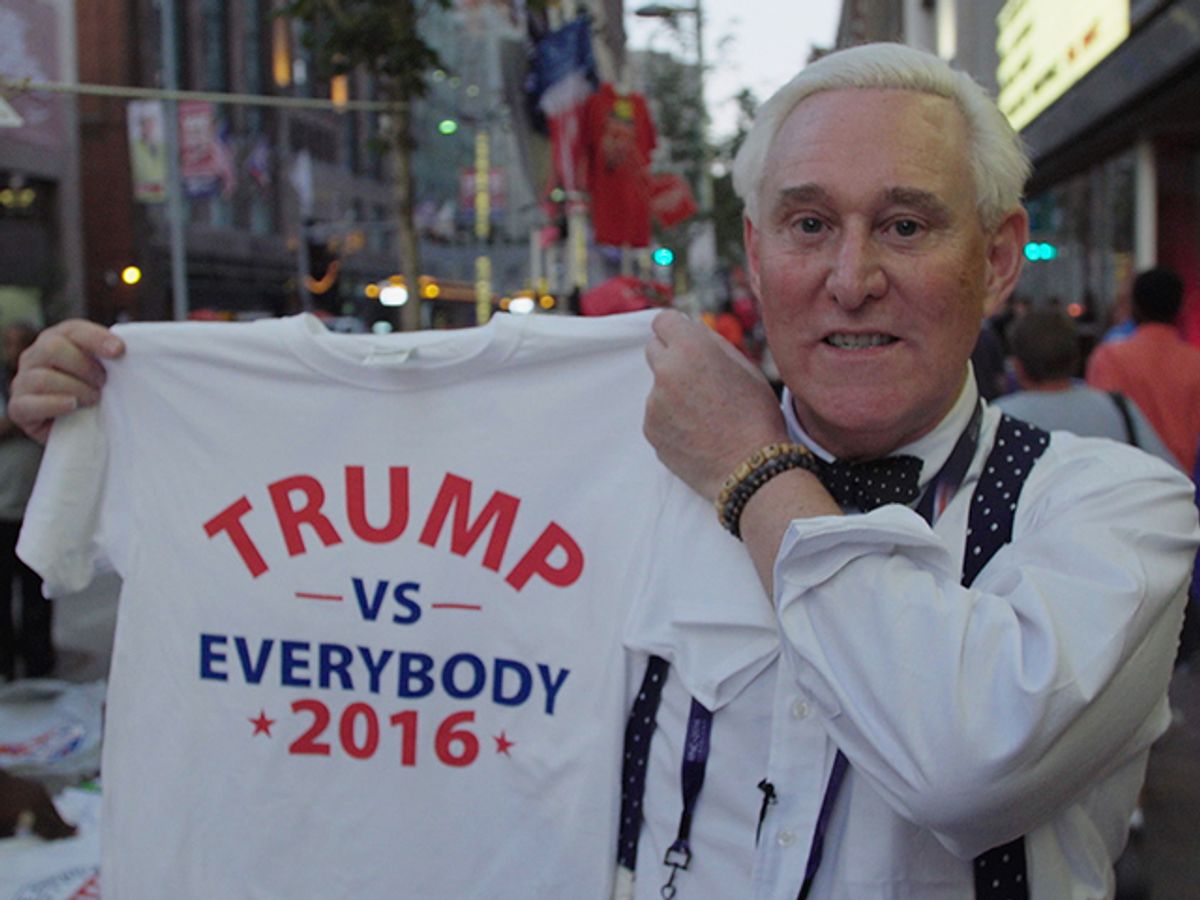 Roger Stone, a confidant of President Trump and longtime Republican political operative, is set to testify before the U.S. House intelligence committee on July 24 in a closed session about the investigation into Russian election meddling. Filmmakers Dylan Bank and Daniel DiMauro joined Salon Talks to discuss their Netflix documentary “Get Me Roger Stone.” The film explores the life and career of Stone, a controversial provocateur and longtime scourge of the Clinton family who helped launch Donald Trump's rise to the presidency.

Given Stone’s controversial personality, how do you balance presenting him authentically and objectively without promoting his actions and beliefs?

Dylan Bank: “Roger is such a charismatic character that it’s easy to be seduced by him. So we try to walk the line between showing you Roger -- explaining how someone like that could come about, how perhaps you could be like that if you walked in his shoes -- and at the same time not having it be an advertisement for him but a very journalistic exposé of him.”

Is Stone genuinely as offensive in real life as he sometimes seems in the media?

Daniel DiMauro: “Roger says not to confuse Roger Stone with the character Roger Stone that he plays on television. ... He says that he plays a Stephen Colbert-type character in a way that actually kind of gives him a pass for some of the more crazy and insulting, offensive things that he’s said and done.”

What makes Stone so captivating as a public figure and as a documentary subject?

DiMauro: “I think Roger just plays an exaggerated version of himself. He likes to be provocative and he likes to be the supervillain. He likes to play that role and that’s why we thought he was a fascinating subject.”