Dan Canon, who fought for same-sex marriage in the Obergefell SCOTUS case, is running for Congress. Can he win? 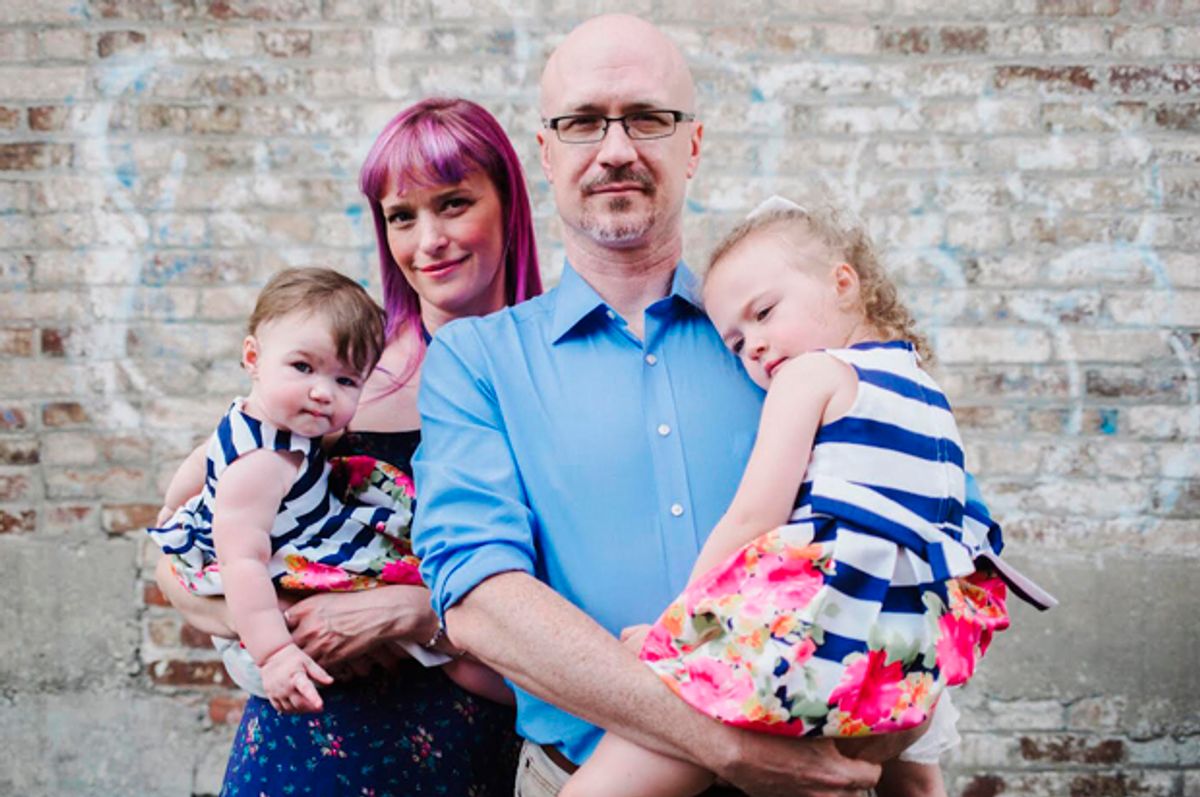 Dan Canon, with his wife Valerie and daughters Calliope and Athena (Scotty Perry)
--

President Donald Trump may be historically unpopular, but as Georgia's Jon Ossoff and Montana's Rob Quist will tell you, that doesn't automatically mean Democrats seeking to oust Republicans in red congressional districts will be guaranteed to do so.

Yet civil rights lawyer Dan Canon, who is seeking the Democratic nomination to replace Republican Rep. Trey Hollingsworth in Indiana's 9th congressional district, hopes he will be able to buck that trend in 2018.

"This district isn't traditionally Republican," Canon told Salon. "Lee Hamilton represented the people here for more than 30 years, and it has gone back and forth between red and blue since then. And it's an extremely diverse district. There are people from all walks of life and all political persuasions here."

Canon is perhaps best known as one of the attorneys arguing on the right side of history in Obergefell v. Hodges, the 2015 Supreme Court case that declared the ability to join a same-sex marital union to be a constitutional right (full disclosure: he has also written once for Salon). After the decision was issued, Canon declared that "we’re very excited for our clients, and for other families all over the country, who no longer have to have their relationships relegated to second-tier status. This is the right decision -- one that puts the U.S. on the right side of both history and humanity."

Like successful Democratic candidates since the days of Franklin Roosevelt and Lyndon Johnson, including Barack Obama, Canon believes that the government has an obligation to look out for the vulnerable — particularly on economic issues.

Indeed, Hollingsworth has joined the chorus of congressional Republicans calling for a repeal of Obamacare. When voting in favor of the American Health Care Act, he released a statement saying that the bill "is built upon the foundation of conservative principles, such as free-market solutions, returning power to the states, and protecting those Americans with pre-existing conditions."

As for Canon's claim that Hollingsworth isn't even a real Hoosier — well, that's debatable. Certainly he came under fire for filing paperwork in five states that legally required him to live outside Indiana in order to represent his business interests, according to a report by the Associated Press. Hollingsworth passed the buck on that by claiming that it was a clerical error, saying that "I hate that, I hate that somebody on our team made a mistake. But it’s nothing more than that."

But Canon's issues with how Hollingsworth has represented Southern Indiana go beyond his residence. "His major priorities seem to be further deregulating the financial industry — a move which tanked low-income homeowners in 2008 — and making sure sheriff's deputies can carry guns in federal buildings. That's great, but people in Indiana need jobs, they need healthcare, they need quality education, they need a safe environment, they need solutions to the opioid crisis."

Of course, the congressional race in Indiana's 9th district — which the Democratic Congressional Campaign Committee has not identified as a race they view as competitive enough to be worth investing in as of yet — is distinctive for one big reason: It takes place in the home state of America's vice president, Mike Pence.

"It seems as though there's very little chance that Trump, Pence, or anyone else will be held accountable for their actions without a change in congressional leadership," Canon told Salon when asked about the prospect of Pence ascending to the White House due to Trump's ongoing scandals. "A Pence presidency would likely be a disaster, to be sure, but could be kept in check by a Congress which doesn't put party above country. And in any event, it's hard to imagine an administration that could be more reckless or less competent than the one currently in place."

It's very bold for an Indiana Democrat to say anything positive about Pence, even if that positivity is limited to suggesting that Pence may be less reckless and more competent than Trump (a position shared by many Indiana Democrats I've interviewed). Of course, if Pence does become president, progressives would benefit by having congressional representatives with their values fighting against him.

The same will undoubtedly hold true if Trump remains in office.