How Circa, a Sinclair Broadcast Group subsidiary, rebuilt itself as a pro-Trump outlet 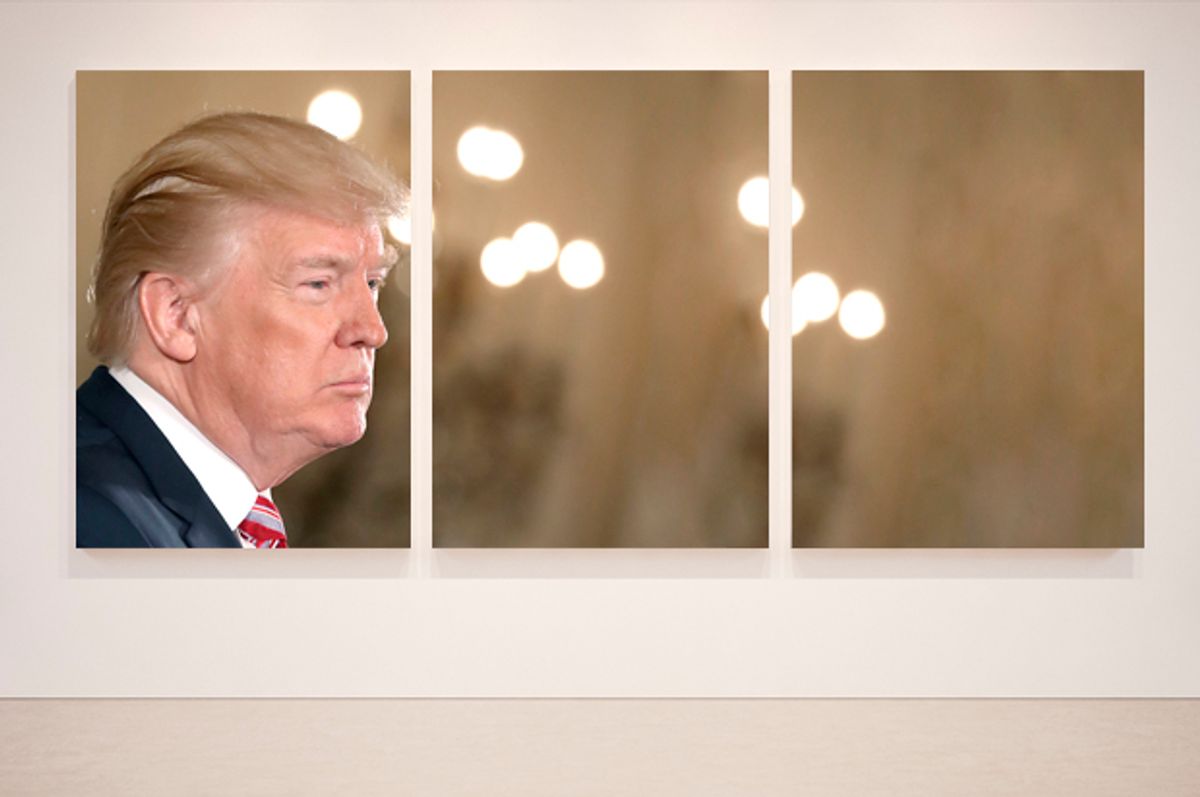 A report from The Daily Beast explained how the right-leaning Sinclair Broadcast Group “remade Circa [News] in its own image.” According to the article, Circa now "is considered . . . friendly to the Trump White House" and even has something of a "robust partnership" with Trump sycophant Sean Hannity.

In 2015, Sinclair bought Circa, which The Wall Street Journal described at the time as a “defunct mobile news site.” Sinclair has a history of pushing right-wing commentary that has been compared to “propaganda” and of selectively omitting stories that don’t fit its agenda. White House senior adviser Jared Kushner reportedly“struck a deal” with Sinclair during the campaign to “secure better media coverage” for then-candidate Donald Trump in exchange for “more access to Trump and the campaign.” Additionally, Sinclair has also made a series of conservative hires, including discredited former CBS reporter Sharyl Attkisson and former Trump White House aide Boris Epshteyn. Just this week, Sinclair announced it would be tripling the number of segments featuring Epshteyn that are sent to stations as “must-run” packages — a typical practice for the company.

And as The Daily Beast pointed out, Harvard’s Nieman Lab found that since Circa relaunched under Sinclair, there has been “a tendency for its stories to be picked up by Fox News.” As the Nieman Lab piece noted, Circa national security correspondent Sara Carter “appeared on [Fox News’] Hannity 11 times in March, six times in April, five times in May, and 12 times in June.” Additionally, The Daily Beast reported, Trump’s personal attorney “was planning to use the site to counter all the damaging stories in the legacy media surrounding Don Jr.’s Russia/email debacle.”

Media Matters President Angelo Carusone told The Daily Beast that Circa is part of the “conservative media echo chamber” and “Trump sycophants are now using that brand in order to promote what’s supposed to original reporting but aligns very closely with Trump’s agenda.” From the July 12 Daily Beast report:

Sinclair promptly remade Circa in its own image, yet has stoutly denied reports in both Politico and The Washington Post that it cut an access-for-favorable-coverage deal with Donald Trump’s presidential campaign. It was recently the target of a John Oliver takedown as a powerful purveyor of right-wing nonsense.

Discarding the original vision and replacing it with what critics claim is a stealthy emphasis on right-leaning, Trump-friendly content, Sinclair launched Circa News last July and, in recent months, has become a favorite of Sean Hannity among other Fox News personalities, along with embattled presidential son Donald Trump Jr. (a serial retweeter of Circa News stories), tendentious White House talking head Sebastian Gorka, and alt-right populist Trumpkin Mike Cernovich.

Circa News is considered so friendly to the Trump White House that The New York Times reported late Tuesday night that the president’s personal attorney, Marc E. Kasowitz, was planning to use the site to counter all the damaging stories in the legacy media surrounding Don Jr.’s Russia/email debacle.

A recent study of Circa News by the Nieman Lab’s Laura Hazard Owen documented the robust partnership between the news site and Hannity — who, along with Fox & Friends, is the president’s most enthusiastic and reliable cheerleader on cable television.

In an interview with Nieman Lab’s Owen, [then-Circa News Chief Operating Officer John] Solomon echoed Livingston’s protestations of fairness and balance: “We accommodate all sides in a story…we cover politics the way, when I was growing up in journalism, most of the media covered it, which is: You gave people the facts and you let people make up their minds.”

But press critic Angelo Carusone, president of the liberal-leaning watchdog group Media Matters, said that unlike conservative-leaning outlets of years past, Circa News cleverly presents itself as a straight-down-the-middle news site whose ideologically driven content is subtly masked.

“What’s different about Circa and Sinclair as well is the way in which they position themselves in the conservative media echo chamber,” Carusone told The Daily Beast. “It’s so insidious. They understood that they had to have a veneer of journalism for their political content… They’re building up this veneer of credibility the way they’re positioning themselves to appeal to disaffected millennials.”

“They’re using a clean brand that doesn’t really have any baggage affiliated with it,” Carusone said. “It’s hollowed out, and they fill it not just with conservative misinformation but, in this case, Trump sycophants are now using that brand in order to promote what’s supposed to original reporting but aligns very closely with Trump’s agenda.”