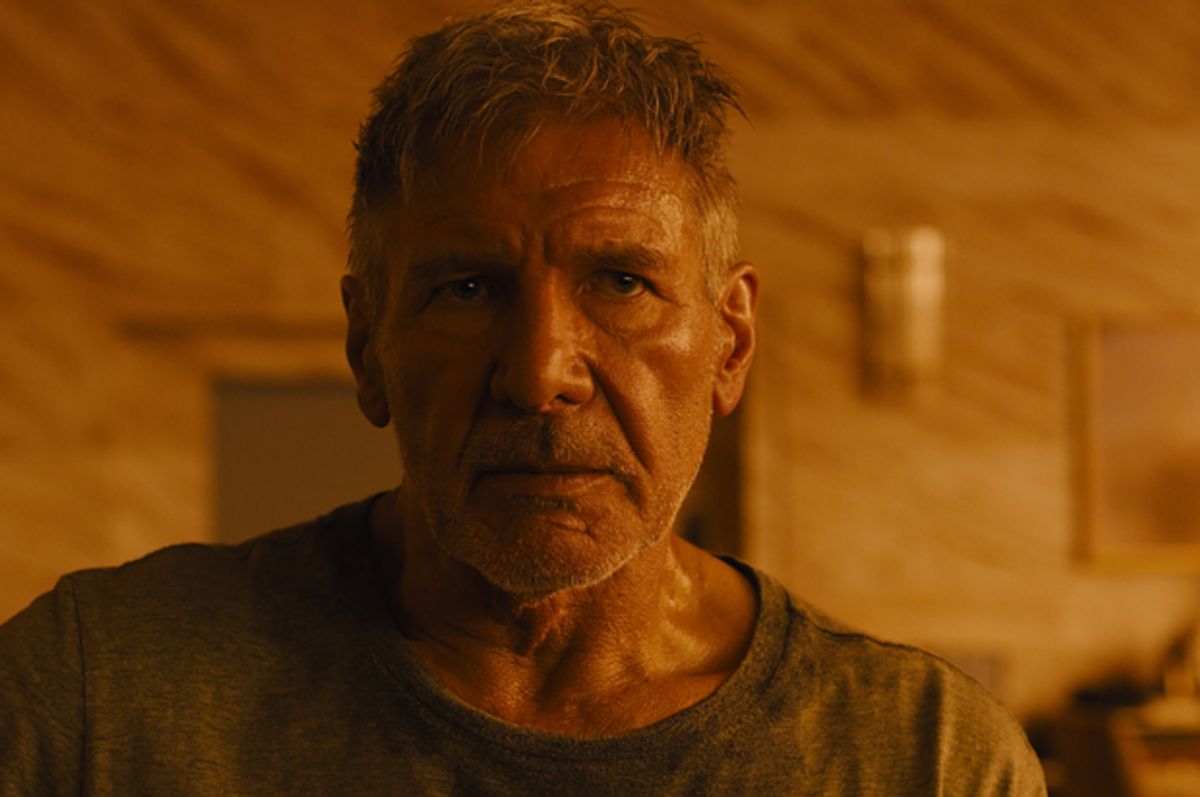 More than two months after the premiere of a first teaser, a new full-length trailer has been dropped for the upcoming "Blade Runner 2049" — and it's more thrilling than anyone had good reason to hope.

The trailer not only offers a deeper look into "Blade Runner 2049"'s narrative, but the ideas underlying it as well. "Every leap of civilization was built off the backs of slaves," says Leto's character in the trailer. "Replicants are the future, but I can only make so many. I have the lock, and he has the key." Later in the trailer, he ominously states, "the future of the species is finally unearthed."

Variety elaborated on the details:

Hampton Fancher and Michael Green wrote the screenplay, which follows the initial story by Fancher and David Peoples, based on Philip K. Dick’s novel “Do Androids Dream of Electric Sheep?” Ridley Scott’s original movie — set in Los Angeles in 2019 — followed Ford’s Deckard, who pursued replicants that had escaped from an off-world colony.

Scifi fans, as they are wont to do, took to Twitter with largely positive things to say about the upcoming film.

Watch the trailer below.